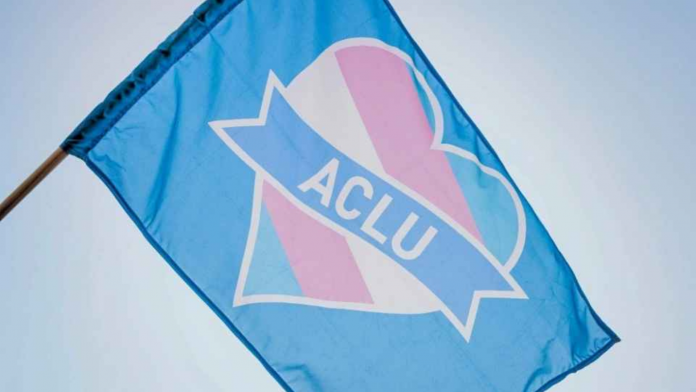 The American Civil Liberties Union is intervening in a lawsuit launched by four female inmates who were subjected to abuse at the hands of trans-identified male transfers. In the intervention, the ACLU claims that human beings are “not sexually dimorphic,” and that males have no biological differences from females.

In November of 2021, the Women’s Liberation front (WoLF) launched a lawsuit against the California Department of Corrections and Rehabilitation (CDCR) in response to the state’s transfer of male inmates to women’s prisons. In the suit, WoLF included representation for four female inmates currently incarcerated in the state who had experienced violations of their rights at the hands of male inmates who had been transferred under SB-132, one of which was sexually assaulted by a trans-identified male transfer.

SB-132, or the Transgender Respect, Agency, and Dignity Act, went into effect in January of 2021, and allowed male inmates to seek transfer to women’s prisons on the basis of self-declared gender identity. Male inmates did not have to be on hormones, have surgery, be diagnosed with gender dysphoria, or even have legal documents supporting their transgender status in order to gain transfer.

But the ACLU has now filed a motion to intervene in the suit, claiming the state of California cannot adequately represent their interests against WoLF, and that they must join in to defend SB-132.

But in the motion, filed on May 9 in the Fresno District Court, the ACLU not only rejects the details in WoLF’s suit, it also makes some bold assertions — including that “males” and “females” do not exist.

The ACLU also claims that human beings are not sexually dimorphic, and there are no reproductive systems, hormones, or chromosomes which result in differences between males and females.

Speaking to Reduxx, WoLF legal director Lauren Adams expressed a mix of confusion and amusement at the ACLU’s claims in the filing. But rather than seeing it as an obstacle, Adams says there is opportunity that bodes well for WoLF’s position.

“The ACLU is suggesting that the state of California is not going to adequately represent their position because some officials don’t agree with the policy… to that, I would say: well, yeah! Once people find out what the policy is, they largely don’t support it,” she says, continuing: “The officials likely recognize they cannot keep women safe while successfully implementing the policy.”

Adams says the ACLU’s intervention may be the result of a concern that the state might be more inclined to protect incarcerated women than trans-identified males.

“I think the fact that the state is even saying that they care about the women’s safety is a threat to the ACLU. They joined in to make sure that there was at least one party in the case that didn’t care about women at all.”

Adams says that the ACLU often leverages their argument for transferring men into women’s institutions on the basis of a claimed risk of victimization while in a men’s institution, something Adams believes opens the door to an argument that they are also at a higher risk of perpetration.

“If you are saying this group has a risk of victimization, we can say the group also has a risk of perpetration. In the federal system, one-third of the substantiated prison rape complaints include a victim who was a sex offender. That is, in fact, the single biggest risk factor of being a victim of prison rape in male prisons.”

Adams notes that, despite ample evidence to the contrary, the ACLU denies that sex offenders were disproportionately represented amongst trans-identified male inmates, a claim that is easy to debunk.

“One-third of the requests for transfer from men’s prisons to women’s prisons include an inmate who had been convicted of a sex offense,” Adams says, noting that the figures are similarly stark in the federal prison system, where 48% of trans-identified male inmates were imprisoned on a sex offense.

“Ultimately what we are dealing with is a complete denial of reality,” Adams says, “The ACLU along with every person on this planet knows what men and women are, and what makes them different. Their denial of this fact in order to validate the identities of male offenders is embarrassing.”

WoLF is expected to file their response to the ACLU’s intervention by May 31.