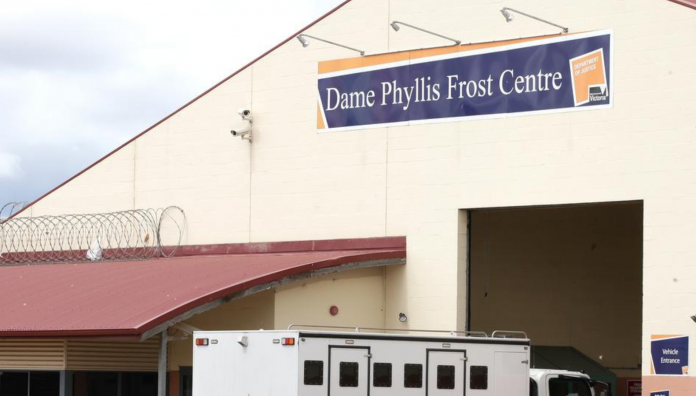 Female inmates at one of Australia’s largest women’s correctional facility have launched a petition to have a trans-identified male sex offender removed out of fears for their own safety.

Women at the Dame Phyllis Frost Correctional Centre told the Herald Sun that the transgender male offender was moved to the Murray Protection Unit on July 5.

According to the Dame Phyllis petition, many women prisoners have been the victims of sexual assault and as a result, many “carry significant trauma associated with this experience.”

The petitioners say they have no prejudices against transgender individuals but are concerned for their safety as the inmate has a “working” penis and a history of violent sexual assault. Upon learning of the convict’s transfer, “the mental well-being of many of the women was severely compromised. They became visibly upset as they were triggered and traumatised,” reads the petition.

Those women residing in the Murray unit allege that they were initially told the inmate would be “locked down 23 hours a day”, but that ultimately administration aimed for “a full living, working and socialisation integration.”

They addressed the Minister for Corrections, the Department of Justice and Community Safety, Corrections Victoria and the Ombudsman when asking for the matter to be handled swiftly.

“We feel threatened, unsafe, distressed and traumatised with this current situation. Accordingly, we demand that (the inmate) be immediately removed from the Murray unit,” the petition says. “We consider this petition a matter of urgency and would therefore appreciate your prompt response.”

The report from the Herald Sun stated that the trans-identifying inmate pleaded guilty last year to sexually assaulting a woman on a street in Richmond, “while still a man.” Additionally, the news outlet revealed that the male transfer had also spent time in a European jail for a child sex offense.

While the name of the transferred inmate was not released, the details from the criminal’s background mirror that of Lisa Jones, a trans-identified male who had been sentenced to 3 years and 3 months in prison for sexually assaulting a woman last year.

Jones, aged 44 at the time, had stalked a woman as she was walking home on Lennox Street in Richmond before grabbing her and attempting to rape her. While pinning her down, Jones repeated: “Why won’t you lay down and have sex with me?”

The woman had been on a phone call with her mother at the time, and began screaming her location into the receiver before Jones snatched the phone away and disconnected the call.

Jones put his hands down the woman’s underwear and tried to pull down the victim’s jeans, but she was able to successfully fight him off as bystanders came rushing to her aid. Jones was ultimately detained after some bystanders chased him down as he tried to flee the scene.

“I didn’t do anything, it was her fault,” Jones, whose birth name is presently unknown, was reported to have said.

While hearing the case, Judge Pardeep Tiwana told Jones, “You physically restrained her despite her screams for help and telling you to stop, you persisted.” Tiwana added that it was a “brazen and opportunistic” attack against a complete stranger.

During the trial, it was revealed that Jones had a prior record for sexually abusing a 6-year-old girl in Germany, for which Jones served six years in a male prison there prior to being deported to Australia in 2018.

The lack of clear details and facts-based reporting resulted in a slew of feminists to take to social media and protest how Australian media had framed the attack.

Not a woman. Stop misleading the public about male sexual violence.

“It’s a man, a male, aka a person with a penis. You should probably know this,” wrote Gaye Chapman of lesbian-focused lifestyle outlet After Ellen.

“Not a woman. Might call themselves one, might even have a piece of paper that says they should, in law, be treated as one, but that person is not, has never been & never will be, a woman,” said Twitter user CJ Smith, “You demean the experience of the woman who was attacked.”

While each state in Australia has different policies with respect to housing transgender inmates, according to Women’s Forum, New South Wales, Victoria, the Australian Capital Territory and Tasmania “have a ‘self-identification policy’, meaning that prisoners are meant to be placed in a facility based on how they identify, unless there are safety concerns or doubts around the authenticity of the prisoner’s gender identification.”