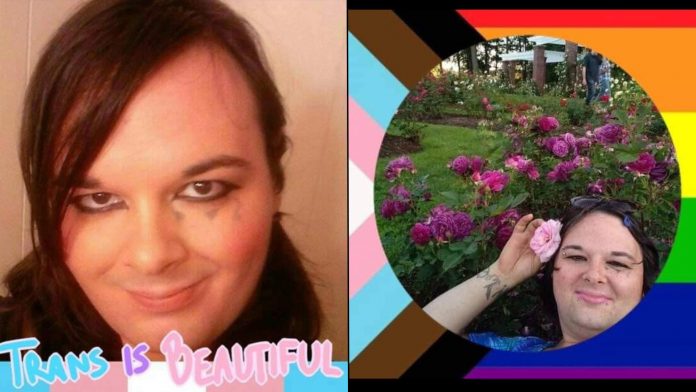 An adult male who self-identified as a lesbian teenager was arrested on charges of attempting to entice a minor into sexual activity after being caught in a law enforcement sting targeting child predators.

Scarlet Shadows, also known by the screen name “Dragongurl69,” of West Rutland, Vermont, appeared in federal court on January 27, where the court heard that Shadows exchanged sexually explicit messages with undercover law enforcement officers for weeks before travelling from Vermont to Warren County with an engagement ring, condoms, and gifts for what he believed was an 11 year-old girl.

According to The Rutland Herald, the charge against Shadows, 31, is based on an affidavit written by FBI Special Agent Jenelle Bringuel, who specializes in investigating the sex trafficking of minors.

In the affidavit, Bringuel said an undercover officer pretending to be the guardian of an 11-year-old girl in foster care posted on a social networking site in December using terms “commonly associated with individuals seeking to find children for sexual purposes.”

On December 26, the officer received a reply from a person using the name “Dragongurl69”, who law-enforcement officers believe is Shadows. The undercover agent then began exchanging messages with “Dragongurl69.”

Shadows told the undercover agent that he was 31 but identified as a “middle,” which he described as identifying as a teenager, and said he didn’t want to “get arrested for sexual stuff with minors.”

On January 15, Bringuel sent Shadows several photos of an undercover agent that had been digitally manipulated to make her resemble an 11-year-old girl, according to the affidavit.

Later that same day, Shadows suggested having sexual contact with the child and “having her date me” and requested to speak with the child. Bringuel stated that she arranged to have a second undercover officer exchange text messages with Shadows while posing as the girl’s “mother.”

Shadows texted the girl saying her mother “wants me to teach you sex stuff” and added, “But up to you to lol (sic.)” The next day, Shadows sent messages establishing his age as 31 and urging the “girl” to keep his communications and the relationship confidential.

“We have to keep the relationship a secret. So to the public im gonna be your nanny but wen we are home we are girlfriends. Its just so we don’t get in trouble then when your not a minor we can express our love in public, Ok? (sic),” Shadows wrote according to the affidavit.

On January 18, Shadows sent messages describing imagined sexual abuse of the girl, which he said would be “more than kissing.” Shadows arrived in New York on January 26, at which time he was arrested. During questioning, he claimed the sexual texts were nothing more than “roleplaying.”

The Department of Justice release on Shadows’ arrest referred to him as a ‘woman’ and utilized ‘she/her’ pronouns to refer to him, something that has now been replicated in media reports. So far, no news outlets or government documents have noted that Shadows is a biological male who identifies as transgender.

If convicted, Shadows faces a minimum of 10 years and up to life in prison, and will be required to register as a sex offender.