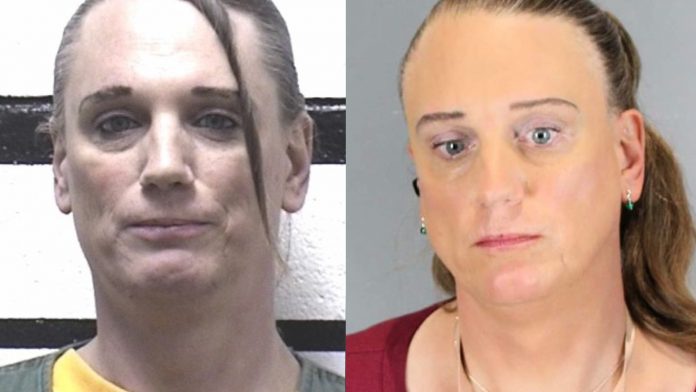 The Denver Police Department has issued a notice to local residents warning them of the whereabouts of a sexually violent predator that has moved to the Capitol Hill neighbourhood of the city.

Thomas John Maddock, a biological male who identifies as a woman, has been deemed a habitual child sex offender. He is described by police as being Caucasian, blue eyed, 6’5 and 237lbs. He is currently living under the name Tarah Jo Morgan.

According to Colorado sex offender records, Maddock received his first conviction for first degree sexual assault in 1993 at the age of 19.

He was convicted once more in 2000 of four counts of attempted sexual assault of a child, and again in 2008 of four counts of sexual assault on a child while serving as a person in a position of trust. According to Colorado law, a ‘position of trust’ would indicate Maddock had “special access” to his victim by virtue of an existing relationship or “other conduct or circumstances [that is] evidence of an implied duty or responsibility for the welfare or supervision” of the child he abused.

During the investigation for the 2008 crime, Maddock was found to have incited a relationship with the 14-year-old girl with the intent to sexually assault her.

The public service announcement issued by Denver Police listed the names of eleven schools and thirteen parks that are within one mile of Maddock’s publicly listed residence at 1272 Pennsylvania Street.

While in the community, Maddock has been involved with an organization that provides rehabilitation services and support for women survivors of domestic violence.

The Don’t Look Back Center (TDLBC) claims to “[empower] women and trans women with life skills to rebuild her life from the grip of addiction, trauma, and domestic violence.”

TDLBC also operates a shelter called the House of RAHAB, a “transitional living home for women and trans women,” as well as a Trans Outreach Program which focuses on “promoting safer sex practices providing condoms [and] lube,” as well as free HIV testing.

UPDATE 5/2/2022: Reduxx has become aware that a member of the local Sheriff’s Department, Melanie Pitkin, serves on the Board of Directors of The Don’t Look Back Center, which employed Maddock after he had been previously convicted for several offenses, including child sexual assault.