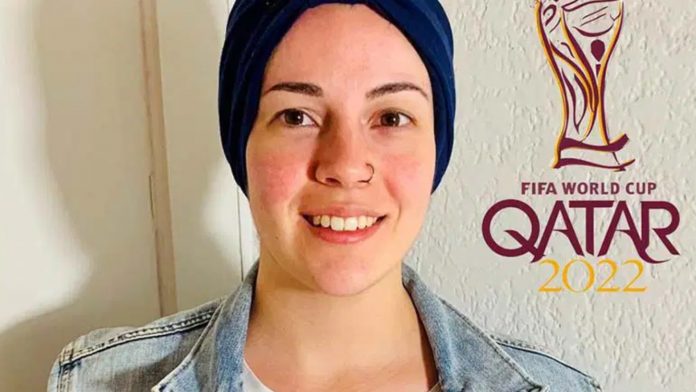 Netizens have called for a boycott of the 2022 FIFA World Cup in Qatar after a female official was forced to flee the nation in order to avoid criminal penalties for reporting a sexual assault to police.

Paola Schietekat, 28 from Mexico, escaped Qatar after being charged for ‘extramarital sex’ when she reported being raped in her home. The charge carries a penalty of seven years in prison and can include 100 lashes.

The assault took place in June of 2021 while Scheitekat was working in Qatar in preparation for the 2022 World Cup. She reported to Qatari authorities that she had been raped by an acquaintance who broke into her living quarters.

According to Schietekat, she kept a “cool head” after the rape and documented the scene of her ordeal by taking photos.

Schietekat then spent the rest of the night in a hotel out of fear that her attacker might return. The next morning, she obtained a medical report verifying that she had been raped. She then went to the police station to file a report.

Hours later, she received a call urgently demanding that she visit the police station, where she was accused of having an affair and charged her with ‘extramarital sex,” which is a crime in the Gulf state.

Schietekat says she was interrogated in Arabic for three hours and “at a certain point they demanded a virginity test.” While at the police station, she was confronted by her rapist, who defended himself by claiming she was his girlfriend.

After the case had been referred to criminal court, Schietekat’s assailant was acquitted, even despite the evidence — which included her photos and medical report. According to authorities, “there were no cameras pointing directly at the door of the apartment, so there was no way to verify that the assault happened.”

Schietekat was told by lawyers that she could avoid conviction by marrying her rapist. She instead decided to flee the country, giving up what she called her “dream job.”

The charges against her are still pending and the court is prepared to sentence Schietekat in absentia on March 6.

In her recent op-ed written for Julio Astillero, Schietekat wrote slammed the way democracies have turned a blind eye to the human rights violations in Qatar ahead of the World Cup.

“The international community has excused and even defended archaic monarchies that maintain laws that promote modern slavery, such as the [Gulf] states,” she wrote, continuing, “The World Cup is about to be held in the same country where a woman cannot obtain custody of her children upon divorce.”

Qatar enforces a strict male guardianship system that denies women the right to travel, work, marry, or make decisions about their children without male approval.

Women interviewed for a report published by Human Rights Watch told of how the curtailing of their basic freedoms contributed to depression, self-harm, and suicidality.