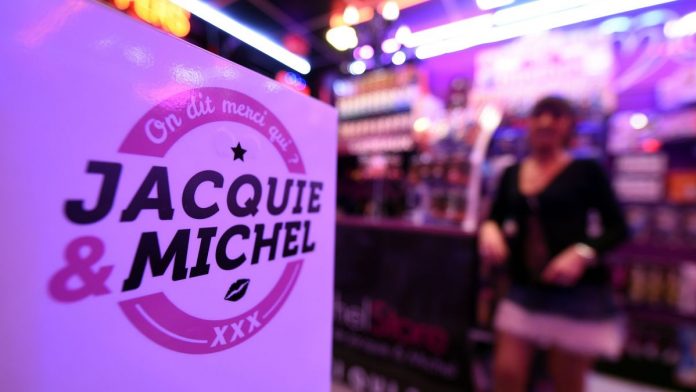 “It’s a great day for all women victims [and] the end of impunity for the criminal pornographic industry,” said Lorraine Questiaux, a lawyer for the feminist groups who filed the charges. “There’s still a lot to do but it’s an important new step that places human dignity and the fight against sexual exploitation at the heart of penal priorities,” she added.

In February 2020, Konbini News published a video of the testimonies of two women describing how they were lied to, trafficked and raped for the filming of videos for Jacquie et Michel. Additionally, the exposé featured a recording of one of the site co-founders admitting to acts of organized pimping.

“We went down into a cellar. There were 3 guys. I said I didn’t want to. (…) The doors were closed. Each in turn… They forced things on me that I didn’t want. They told me: ‘Even if you don’t like it, pretend to have fun!’ It was just horrible,” said one of the women.

When the investigation was initially launched in 2020, Fabienne El-khoury, a representative for Osez Le Féminisme, writing for UK-based feminist group Filia, said, “Hopefully the investigation will lead to court sentences for all implicated pimps and rapists. We also hope that this case will provoke a reckoning against the porno-criminal industry in the public opinion, just like #MeToo did for non-filmed sexual violence.”

This is the second large-scale investigation into sexual violence on pornography film sets in the past two years. The recent indictments are part of a larger trend of French women’s rights organizations pushing back against the sex industry not only through lawsuits, but also with public activism.

In October, Le Parisien reported how even the male actors being charged with rape found it difficult to view the pornographic videos in the courtroom. One man was asked to watch a scene in which he violently forced a woman into a sex act. The judge then asked him to describe the scene. He responded by saying, “In this case, I’m guilty, I don’t have an excuse. From what you’ve told me, it’s rape, because the girl’s consent isn’t …” before bursting into tears.

On June 16, in response to the arrests last week involving the Jacquie et Michel site, Laurence Rossignol, a member of the Senate, told Public Sénat, “For the first time, a parliamentary report will look into this industry, its methods and its impact on society. This is a mafia system [and] these people are bastards who exploit the misery of women.” The video of her interview was deleted from Twitter five days after it was posted.

“Prostitution and pornography are two sides of the same patriarchal coin, the only difference being that pornography is filmed,” said Fabienne El-khoury. “Both are based on the exploitation of girls and women, both are concomitant with human trafficking, both profit from systemic racism, both normalize the erasure of women’s desires and sexual agency, and falsely present violence as sex.”

Additionally, pornography fuels the demand for sex trafficking. Researchers who work with those who struggle with pornography addictions have documented an increasing tendency to act out the behaviors they see in the videos. Women who have exited prostitution report how johns frequently use pornography to illustrate the types of acts in which they would like to engage.

According to a 2021 Trafficking in Persons report, the government estimates that the majority of the 40,000 to 50,000 individuals in the sex industry in France, about 90 percent of whom are not French nationals, are likely trafficking victims. Of the foreign nationals trafficked, the majority were Nigerian women and girls. Moreover, authorities noted an increase in French girls as sex trafficking victims, as well as a general increase in child victims since 2016.