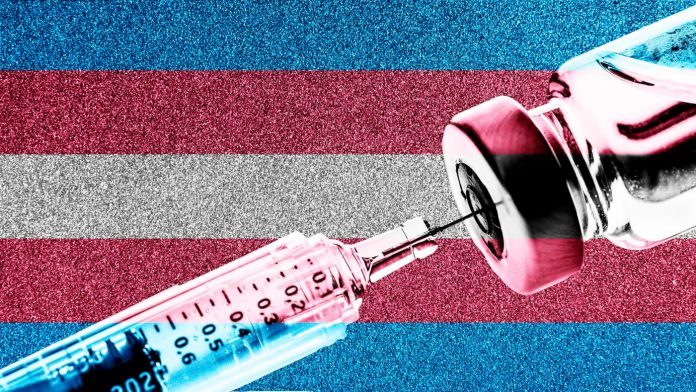 The National Academy of Medicine in France has issued a press release urging practitioners to take “great medical caution” in the treatment of children and adolescents who claim to be transgender.

The notice, dated February 25, was intended to provide information to the members of France’s medical community and stated that a “sharp increase in demand” has been observed across the world with children and adolescents being particularly impacted. On March 3, the Society for Evidence Based Gender Medicine posted a translation of the French-language release on their site.

The Academy notes that there has been a dramatic uptick in the number of youths reporting transgender or non-binary identities. One example it notes is the Royal Children’s Hospital in Melbourne, Australia where, in 2003, only one child was diagnosed with gender dysphoria, while today it is treating nearly 200 gender dysphoric children.

The release continues that the increase in gender-related identity confusion amongst youth may be the result of typical adolescent factors, such as excessive social media engagement, an increased need for acceptance, or peer pressure.

“… this epidemic-like phenomenon manifests itself in the emergence of cases or even clusters of cases in the adolescents’ immediate surroundings. This primarily social problem is due, in part, to the questioning of an overly dichotomous view of gender identity by some young people.”

On the dangers of hasty medical intervention, the release references the May 2021 decision of the Karolinska Hospital in Sweden to halt the issuance of puberty blockers to minors under the age of 16, citing a lack of scientific support and research into their potential health implications.

“If France allows the use of puberty blockers or cross-sex hormones with parental authorization and no age limitations, the greatest caution is needed in their use,” the Academy writes, continuing, “the side-effects [include] impact on growth, bone weakening, risk of sterility, emotional and intellectual consequences and, for girls, menopause-like symptoms.”

The list of side-effects appears influenced by a November 2021 report in which the Karolinska Hospital revealed it had been aware of over one dozen cases of undesirable secondary effects in youth patients who had been given puberty blockers.

In one of the cases, an 11-year-old girl who had been prescribed puberty blockers because she identified as a boy developed severe osteoarthritis in her spine after 5 years on the medication. The girl’s height was also stunted, and X-Rays demonstrated a number of abnormalities in her skeleton. The girl continued to receive puberty blockers even after doctors noted the impact it was having on her physical health.

After the November report began to spark backlash from concerned parents and members of the public, Karolinska physician Ricard Nergårdh spoke to local media and declared that puberty blockers were akin to chemical castration.

“It’s chemical castration. It can affect mental state in a way that [the patient] did not think and did not want.”

The National Academy of Medicine ends the notice by stating that any surgical interventions that are ultimately pursued must be done under the strict emphasis that the procedures are irreversible, and that “the risk of over-diagnosis is real, as evidenced by the growing number of young adults wishing to detransition.”