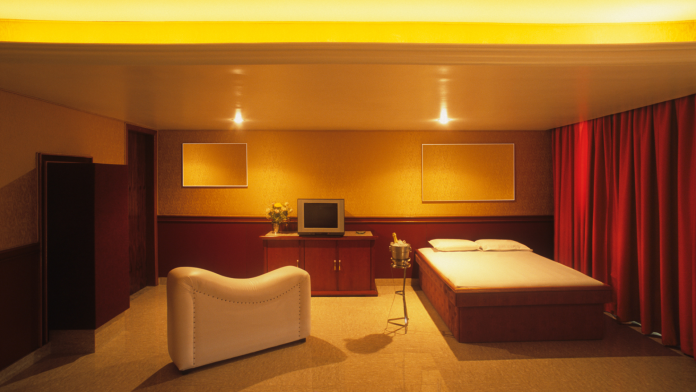 Marylène Lévesque was just 22 years old when she was found stabbed to death in a hotel room in Quebec City, Canada in 2019. Lévesque, who was in the sex industry, had decided to meet Eustachio Gallese, 51, at the hotel instead of at the massage parlor where she typically operated.

Unbeknownst to Lévesque, Gallese was on day parole while serving a life sentence for killing his girlfriend, Chantale Deschesnes in 2004.

Gallese had brutally murdered Deschesnes by bludgeoning her with a hammer and stabbing her repeatedly. After being incarcerated, Gallese began to gradually receive privileges from Canada’s parole board on the basis of “good behavior,” downgrading his risk of reoffending from “high” to “moderate” to “low to moderate.” He was ultimately granted a day parole, the facilitation of which led to Lévesque’s murder.

The case made international headlines after it came to light that Gallese had received express permission from Canadian prison administrators to visit brothels during his day parole, reportedly in order relieve his pent-up sexual tension.

Unfortunately, this case is not isolated.

In Germany, the situation is particularly dire, where women in the sex industry are being used as test subjects for a radical new therapeutic approach to the rehabilitation of convicted rapists.

Often referred to as the “brothel of Europe” for its massive legal prostitution market, there are confirmed cases of men convicted of sexual violence being granted permission to visit brothels with the explicit intention of “accumulating experience with women,” with incidents being recorded in two German states.

In one program, which the Osnabrück Forensic Psychiatric Center has been running since 2001, women in the sex trade were invited to come to the clinic to “aid” convicted rapists in learning about sexual consent. The program has attracted backlash from those concerned with ethics and women’s rights.

Rüdiger Müller-Isberner, former president and current board member of the International Association of Forensic Mental Health Services, condemned the practice as “aberrant” and “morally dubious.”

“Are women in prostitution crash test dummies to be experimented on? […] Are we still human beings [to] the state?” She asked.

Yet the practice continues, and has far more supporters than one might hope.

Many proponents of the program claim that the men involved in the program are considered to be “low-risk,” and so the risks to the women involved have been accurately assessed. But the claim is dubious at best in light of the Lévesque murder, where Gallese had been determined to be as “low-risk” as an offender can be categorized in the Canadian system.

Other supporters point to the fact the program is not currently taxpayer funded, with the men who paying out of pocket for the visits. But the most widespread contention that underscores all of the support is the belief that, no matter what a man has done, denying him sex would be an egregious human rights violation.

“Sexuality is a part of human dignity. […] Even rapists should not be excluded. After all, it is precisely they who must learn the value of consensual sexuality,” wrote legal correspondent and lawyer Christian Rath back in 2011 for the notoriously neoliberal news outlet Taz.

For an industry that has struggled to maintain a façade of decency, rebranding it as a dignified form of “therapy” or “healing” appears to be yet another attempt at normalization. It comes on the heels of years of liberal feminists attempting to assert prostitution is a form of harmless, legitimate employment.

On their website, they’ve issued a statement comparing the supposed healing power of prostitution to the essential services provided by therapists and nurses.

“The emotional work performed in many cases in sex work can be compared […] with that of coaches, therapists, nurses or similar professions, which are performed close to the body and close to people,” FAES declared.

In recent years, this rebranding strategy has been successfully utilized to argue that prostitution for disabled men amounts to necessary therapy, with the care policy spokeswoman of the Green Party arguing in 2017 that the practice should be publicly funded.

In 2022, a man successfully sued his labor association to pay for his use of prostituted women with a specific “sexual assistant” license after he was in a work-related accident and sustained a disability which he claimed made finding a consensual partner “impossible.”

The decision appeared particularly tone-deaf to many considering already-existing accessibility barriers for persons with disabilities to participate in daily life, but particularly so when noting the high rates of sexual violence committed against disabled women and girls.

But convicts, rapists, and disabled men aren’t the only ones demanding “sexual therapy” from prostituted women; the trend continues in senior care as well.

This phenomenon ties into the “prison sex therapy” programs, as proponents emphasize its need specifically for cognitively impaired convicts.

FAES representative Josefa Nereus argued in 2020 that deploying women in prostitution in experimental “sex therapy” for convicted rapists is morally justifiable, as long as the woman in question is informed about whom she will be seeing.

Despite her strong support, Nereus, a high-class escort who charges 250 Euro per hour, had admitted that she’s never had to endure a rapist as a “client.” In contrast, the women of Network Ella, Germany’s first organization for prostitution survivors, have recounted the horrors of barely surviving male sex buyers who had violent criminal backgrounds.

Another prominent defender of the practice is the university educated 500 Euro per hour escort, columnist and sex industry representative Salome Balthus.

Balthus takes it a step further and argues that prostitution can act as a fantasy service for “ethical” pedophiles who seek out infantilized prostituted women to avoid offending against children.

Unlike Neurus, Balthus walks the walk. Her pseudonym is based on a painter infamous for portraying prepubescent girls in sexually charged poses. On Twitter, she labels herself a “toy for adults,” and posts illustrations depicting fantasy child sexual abuse. On her website, Balthus emphasizes her childlike stature, describing herself as “child woman,” and a “half-legal fantasy.”

In the 13th century, influential Christian theologian Thomas Aquinas asserted that prostitution was necessary to prevent violence against “civil” women, comparing it to the sewers used to carry dirt out of a palace.

Then, in the 19th century, phrenologists such as Cesare Lombroso argued that some women were born sexual deviants and thus were perfectly suited for prostitution and the task of absorbing male aggression. This belief continued into the 20th century, bolstered by fascist regimes which consequently instituted brothel networks in all their occupied territories, claiming that this was in order to “protect” the local population.

In the modern age the so-called “sex positivity” movement claims to have moved beyond these ancient misogynistic notions with calls for “equality in the bedroom” and an end to “the orgasm gap.” Yet, their celebration of the sex industry shares a curious amount of similarities with the raging sexists of history they would otherwise oppose association with.

The belief that a class of women should be readily accessible for purchase by men is not new. But while it was once claimed to be due to women’s natural inferiority, it is now being pushed as a consequence of female empowerment, sexual liberation, and women’s ability to serve the public good by renting their bodies to men “in need.”

Though the rationale has changed, the abuse remains. 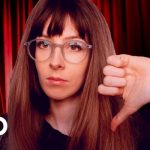 Elly Arrow
Elly is a guest writer at Reduxx. She is a vocal advocate for the abolishment of the sex industry, and analyzes the intersecting issues of female poverty, lack of rights for migrant women, intimate partner violence and sexual trauma. Elly is the creator of Die Unsichtbaren Männer (The Invisible Men), a project documenting the attitudes of sex buyers in Germany.
READ MORE
News