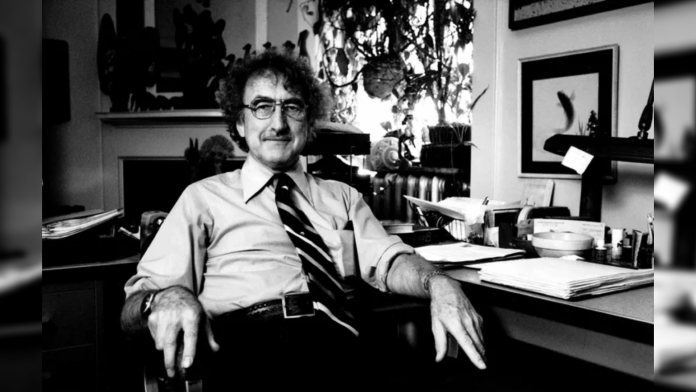 “Gender identity” is a hot-topic today and has become a focal point of not just social discourse, but legal policy and procedure. But few people know the concept’s disturbing origins.

Dr. John Money, a sexologist and psychologist from New Zealand who practiced at Johns Hopkins, is considered the first to coin the terms “gender identity” and “gender role,” describing the “internal experience of sexuality” and the “social expectations of male and female behavior” respectively. These concepts are prominently featured in trans activism today, and are used to bolster claims of “gender fluidity.”

But Money’s history is a dark and controversial one, the details of which are often neglected when discussing his contribution to the popularization of “gender vs. sex” discourses.

Like many sexologists, Money believed pedophilia was a harmless sexuality which, when practiced “properly,” led to the child suffering no harm. In fact, Money’s theories on pedophilia were so sympathetic that, to this day, his work is prominently featured on the website of the North American Man-Boy Love Association (NAMBLA)– one of the longest-established pederast rights groups.
In the 1990s, Money allowed himself to be featured in interviews with Paidika, a pedophile psychology journal named after the Greek adjective for “boyish,” and has been used by pedophile rights activists to refer to the younger partner in a pederastic relationship.

In a 1991 interview for the journal, Money is quoted as saying:

“If I were to see the case of a boy aged ten or eleven who’s intensely erotically attracted toward a man in his twenties or thirties, if the relationship is totally mutual, and the bonding is genuinely totally mutual, then I would not call it pathological in any way.”

Money also noted that he “never” reported any pedophiles to police, even those who were actively abusing children due to his belief that adult-child sex was normal and “often beneficial.”

But Money’s views on pedophilia hardly touch the darkest and most depraved facets of his history, those being reserved for the case of David (born Bruce) Reimer.

Born in Winnipeg, Manitoba, Canada in 1965, Reimer was the victim of a botched medical circumcision when he was 6 months old. The procedure sought to address a urination problem Reimer was experiencing, but instead left his penis mutilated beyond repair.

Reimer’s parents took him to Baltimore to see Money in 1967, concerned about his future sexual and romantic prospects. At the time, Money was known for his research with intersex people, and was considered a pioneer of gender reassignment. Money recommended Reimer be subjected to a genital reconstruction to create a vulva, and suggested to his parents that raising him as a girl would be in his best interests. He was convinced that “gender” could be socially learned, and Reimer provided an ideal subject through which to test his theories due to having a twin brother, Brian, that could be used as a male control.

Throughout his early childhood, Reimer was never told he was born a male, and he was subjected to hormone therapy early on in order to lead him through a female puberty. Reimer was regularly seen by Money, who tracked his progress in an effort to demonstrate his theory that gender was malleable.

During check-ups, Money would subject the twin boys to disturbing experiments. They were forced to replicate sexual intercourse with each other, touch and inspect each other’s genitals, and watch pornography. Money would show the twins photos from smut magazines and “explicit” sexual photos of kids. He would then prod them about their sexual arousal, and question their attractions. The children were also expected to comply in front of audiences of as many as 6 other adults, and some reports state Money also took photos and videos of the children engaged in rehearsed sexual activity. At the time, both of the twins were just 6 years old.

Later testimony from one of the twins stated that Money had “two sides” to his personality — one when their parents were around, and one when they were alone. When alone with the children, Money was abusive and got irate with them for refusing to perform for him. In a later statement, they both recall fearing he would “whup” them if they did not do as he asked and strip their clothes.

As David Reimer aged, he became increasingly resistant to seeing Money, and begged his parents not to force him to go to Baltimore for check-ups. Despite feminizing hormones and surgery, Reimer identified as a male and refused to believe he was a girl though he had never been told he was born a boy — a catastrophic rebuttal of Money’s theories on gender.

By the age of 14, Reimer was experiencing suicidal ideations and refused any further contact with Money. He demanded the truth from his parents, which they eventually told him in 1980.

Despite that, Money proceeded to declare his experiments a success, and his “findings” were used in later studies to justify genital surgeries imposed on some intersex children with ambiguous genitalia.

Both Reimer and his brother would take their own lives, with Brian committing suicide via drug overdose in 2002 after a life-long battle with schizophrenia, and David shooting himself in the head in 2004 at the age of 38. Their parents stated that they attributed their son’s deaths to the trauma imparted upon them from Money’s methods.

Despite the disturbing origins, Money’s legacy lives on in the concept of “gender” as a unique and quantifiable element apart from sex. It also lives on in the existence of gender identity clinics, the first of which was established by Money at Johns Hopkins in 1965.

No amount of female hormones, clothes, surgery, or sexualization made David Reimer act or think any differently than his very male self promulgated. Even a synthetic, half-cocked feminized puberty did not change David Reimer. Reimer was introduced to the bells and whistles of another “gender identity” from the earliest moments of his life as an infant and was still a male — a total refutation of gender activist demands that “trans kids” be provided chemical interventions as early as possible for more “successful” transition outcomes.

In fact, the results of a 30 year-long study conducted in Sweden also confirm this fact. Performed by six distinguished researchers from the Karolinska Institute, the study found that “transwomen” demonstrated male patterns of criminal behaviour which persisted even after a full medical and surgical transition. It also found that surgical gender interventions did not make any difference in the suicide rates of transgender patients.

These results have largely been disregarded by trans activists, who continue to insist that a man who injects himself with estrogen and wears dresses is no longer a man, and does not “think” or “act” like a man. It is here — in the face of a total lack of evidence — where trans activism then takes on its religious qualities, and begins deferring to magical gendered brains and souls, the solution to which seems to be a therapist and an exorcist, respectively.

John Money was a pervert. He was a child abuser. He was a pedophile sympathizer, if not a pedophile himself. And if a movement finds its origins in a man like John Money, it is time for that movement to do some (gendered) soul searching.

Stonewall Says Toddlers Can Recognize They Are Transgender