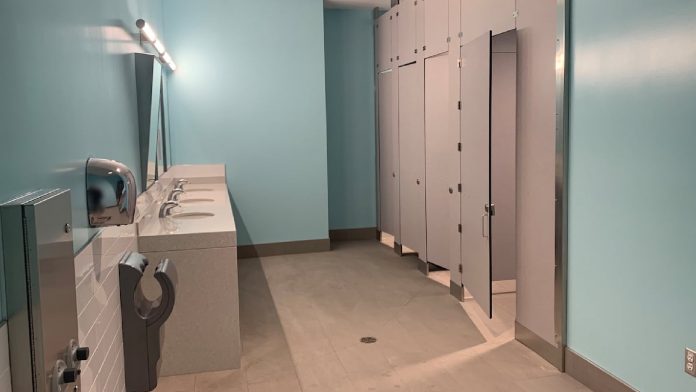 A student at the University of British Columbia’s Okanagan (UBCO) campus has admitted to secretly recording as many as 7 women while they used an “all gender” washroom on campus.

Sari Siyam, 22, pleaded guilty to one count of voyeurism in B.C. Supreme Court in Kelowna, B.C., last Friday. In the courtroom, Siyam, a fourth-year engineering student, read aloud an apology to one of the victims. The court also heard that Siyam told police he’d filmed another “five or six” students, who are still unaware of the crime against them.

Allegations brought against him by an anonymous woman had previously been dismissed by authorities. The identity of the first victim to come forward has been protected, though in an original report by the CBC, she is referred to by the pseudonym “Taylor.”

According to the CBC’s investigation, Taylor discovered Siyam recording her in the gender-neutral washroom in the Commons building in March of 2020 by pointing his iPhone under the stall divider.

Taylor filed a report with the RCMP and said that the officer in charge of her case, Const. Ryan Routley, initially supported her, but began to discourage her from pressing charges. Routley began to express concern over how such a conviction may negatively impact Siyam’s life, despite being aware of the “five or six” other victims.

The voyeurism charge to which Siyam pleaded guilty was only approved two weeks after CBC published an article in February 2021 detailing the woman’s experience. At that time, a second RCMP officer took over the case.

Siyam has been banned from UBCO’s campus but still takes classes remotely. His defense lawyer, Michael Oykhman, claimed he was struggling with his mental health at the time of the offense.

Siyam argued that he neither saved the video files nor uploaded them online.

He was sentenced to a conditional discharge with 12 months’ probation and has been ordered to obtain counseling and to send a written apology to Taylor. If he meets the terms of his sentence, he will not have a criminal record.