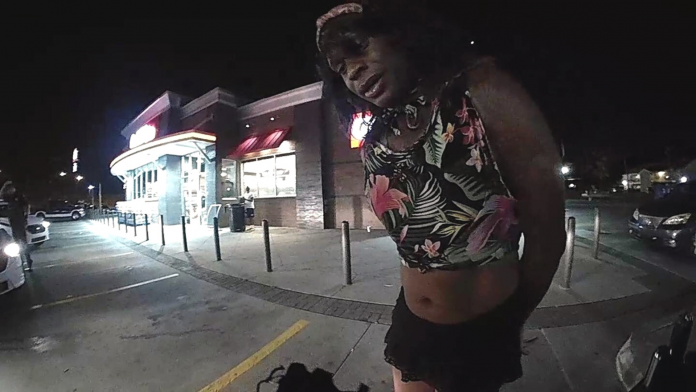 A crossdressing man has been arrested after repeatedly sexually assaulting a woman at gunpoint in Tulsa, Oklahoma.

Brandon Herd is currently being held on a $210,000 bond on charges including rape in the first degree and robbery by force or fear following a brutal assault on a woman at a motel on September 27.

During the early hours of the morning, Herd approached the motel room of the victim, knocking and asking her if she knew where he could buy drugs. After she said no, Herd threatened his way into her room by brandishing a gun and striking her with it.

Speaking to FOX23, Captain Richard Meulenberg of the Tulsa Police Department stated: “He forced his way in at gunpoint – hitting her with a pistol. And forcing her further into this room at this hotel and unfortunately committed this rape. Not only once but twice. It was pretty awful, he had the gun the entire time.”

A senior citizen was reportedly present in the room the entire time, helpless as Herd held a gun to the victim’s head while assaulting her repeatedly. Herd was dressed in women’s clothes while committing the crime.

Before leaving the room, Herd ransacked the suite — stealing the victim’s personal belongings before escaping in a yellow car.

On September 29, employees at the motel called police after spotting Herd in the area. A helicopter search was launched in an effort to track the man down, but the helicopter crew initially thought they had targeted the wrong person because Herd was dressed as a woman and moved on.

The crew continued their search, only later realizing it was in fact Herd. They were able to locate him a second time, and he was ultimately arrested. Herd was wearing a black wig with pink headband, floral crop-top, and black skirt at the time of his arrest.

The victim was able to identify Herd, and noted he was in possession of her items.

In addition to the rape and robbery charges, Herd is also facing a charge related to failing to register as a sex offender — indicating he had a previous conviction for sex crimes.