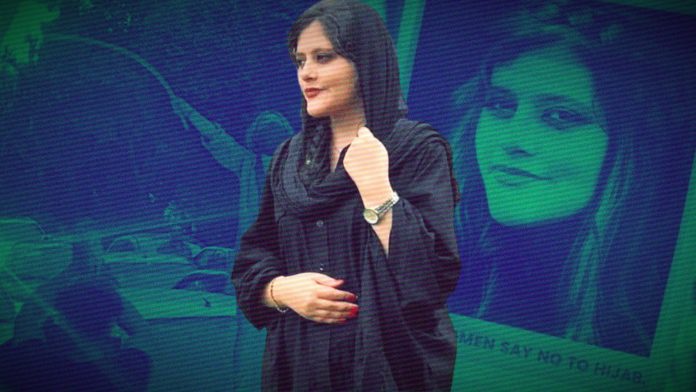 Once upon a time, women in Iran, Egypt, Libya, Iraq and Afghanistan dressed as they pleased. They indulged in stylish fashion and hairstyles, and no one was arrested, beaten, or killed.

In particular, Iranian women flaunted the finest haute couture, and colorful Tehran was frequently seen as a fashionable backdrop in the folds of upscale magazines.

Boutiques in the capital city looked no different than those in Paris, and had even been flaunted in the pages of Vogue to advertise Iran Air’s direct flights from London to Tehran for the classy British women who wanted to go shopping.

You would certainly never see such pictures today.

In the late-70s, the Islamic Regime took over in Iran, and it became a theocratic nation. Immediately, it was decided that women must be buried under layers of obscuring cloth or they could face losing access to employment or education. Women who defied the laws were imprisoned and executed.

This set off a ripple effect throughout the Muslim-majority world.

Feeling threatened by the power of the Shia Muslims in Iran, the Sunni Muslims in Saudi Arabia decided to also flex their Islamist muscles. They not only demanded women cover their hair, but their faces as well.

The Saudis also decreed women had to be covered in order to leave the home, and that they had to have a guardian’s permission to do so. The ‘guardian,’ of course, must be male, and he would be any man deemed ‘responsible’ for a certain woman. This could be her father, husband, brother, or even son. Saudi women were prohibited from driving to further guarantee they did not have any autonomy. Much like Iran, the Saudis created a religious police force whose job it was to go around and make sure women were covered to satisfaction. Women who had bare ankles were caned and humiliated in the streets.

The ripple of repression continued throughout the Middle East, North Africa, South Asia and beyond.

Suddenly, throughout the 1980s and -90s, more and more women were being shrouded in variations of the cloth meant to remind her of her inferior status.

But, ultimately, the only variation between all of them was the length or color of the cloth. Each one was meant to enforce a toxic idea of ‘modesty.’ It told women that their bodies, their hair, and even their faces, were shameful and needed to be hidden from the world.

A woman’s body is fitna — which means it can cause chaos in the world and must be contained.

I was one of the little girls who was buried under such cloth, hidden away from the world from as young as I can remember. Girls were told it was for our protection, and that it would deter rapists and harassers. The implication was that it was our responsibility to defend ourselves against criminals with this magic cloth.

That was a lie, of course. Women were still being harassed in astronomical numbers. Even today in Egypt, the vast majority of women report being sexually harassed.

Following the ripple effect of political Islam across the Middle East, this surge of religiously-sanctioned misogyny raged.

Women who fought back were ostracized by their families, communities, and societies. Those who didn’t conform were seen as whores and trouble-makers. Quite often, these women would be victims of honor violence, and in many cases, they were killed.

Algeria had a whole decade of women fighting back against political Islam, they called it the Dark Decade. Women were slaughtered for not covering their hair, for daring to leave the home on their own, or for showing any semblance of self-respect or autonomy.

It was only due to this viciously violent context that women submitted to the hijab. And, before long, the daughters of the women forced beneath the cloth began talking about how it was their “culture,” or their “right,” and even tried to claim that it was “empowering.”

I was one of those women! Even though I looked longingly at pictures of my mother dressed like a glamorous Bond girl in her dramatic eye makeup, beehive hair, and mini-dress, I regurgitated the narrative that I was wearing hijab by choice. What was the alternative? Admit that I was so disempowered that I couldn’t even decide what to put on my own body? No. I could never admit that to anyone… not even myself.

In a context of fear — fear of judgment, fear of dishonoring or disappointing your family, and fear of burning in hell for eternity — we wore hijabs and we embraced our subjugation willingly over the alternatives.

But, as is always the case, after years of a boot on your neck telling you are inferior, shameful, and unworthy any respect or personal freedom, eventually the rage overrides the fear. I removed my hijab even though it meant that my family disowned me and my own mother threatened to have me killed.

All over the world, a different ripple is emerging.

Now, instead of women burying themselves in fabric, they are freeing themselves. The internet played a huge part in this, as we could suddenly see each other, support one another, and share our stories.

My hashtag #FreeFromHijab went viral several times as women from Saudi Arabia shared videos of themselves burning their niqabs, and as women from Iran removed their hijabs and swayed them on sticks like righteous flags in front of the morality police.

Through the resistance, something magical happened. The religious police in Saudi Arabia were disbanded, and women were given permission by the government to drive and live on their own. The guardianship laws are still in effect, but there have definitely been significant changes. It was as though the misogyny had reached a crescendo and it was finally starting to fall.

What you see in Iran today, women burning their hijabs, cutting their hair, and defying the Islamic regime… that is a continuation of this fall. Naturally, there has been resistance from the cornered beast that is religious repression, and women like Mahsa Amini have tragically lost their lives as that beast lashes out in its final, sputtering breaths.

Make no mistake, the days of Islamist reign over women’s bodies is coming to an end.

This all started with Iran, but it will not end with Iran. This ripple effect will continue to spread throughout the Muslim-majority world yet again. But this time it won’t be a ripple of darkness, it will be a ripple of light. Women are freeing themselves from the subjugation of the past four decades.

It’s over. Hear us roar. 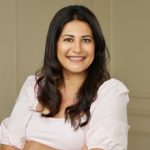