Norwegian Feminist Facing Up To Three Years In Prison Over Tweets 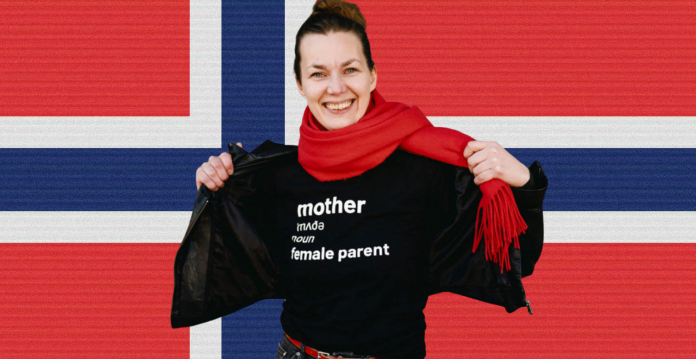 A Norwegian feminist could be facing up to three years in prison for allegedly “hateful” tweets directed at a male who claims to be a lesbian woman.

Christina Ellingsen, a representative of feminist organization Women’s Declaration International (WDI) is being investigated under hate crime charges for tweets she made between February 2021 and January 2022.

The tweets in question were replies directed at Christine Marie Jentoft, a representative of trans activist group Foreningen FRI. Jentoft is a male who identifies as a lesbian woman.

Ellingsen’s charges are centered around her questioning why FRI promoted the belief that men could be lesbians. While police are still investigating, if she is found guilty, Ellingsen could face a prison sentence of up to three years.

Norway introduced “gender identity” into the hate crime paragraphs in January 2021. At the time, WDI Norway (formerly WHRC Norway) warned that the introduction of the concept into law would result in persecution of women for stating biological facts.

“Why [does] FRI teach young people that males can be lesbians? Isn’t that conversion therapy?” Ellingsen tweeted in October 2021.

A second tweet that has been cited as evidence of hate speech reads, “Jentoft, who is male and an advisor in FRI, presents himself as a lesbian – that’s how bonkers the organization which supposedly works to protect young lesbians’ interests is. How does it help young lesbians when males claim to be lesbian, too?”

Ellingsen was recently accused by Amnesty International Norway of harassing Jentoft after telling him on national television that he was male.

“You are a man. You cannot be a mother,” Ellingsen had said, “To normalize the idea that men can be mothers is a defined form of discrimination against women.”

After speaking with her lawyer earlier this week, Ellingsen told Reduxx she had learned that the police report made against her was filed by Jentoft himself.

Jentoft previously sparked controversy after inviting children to contact him for hugs in a tweet made in 2018.

“Dear queer children of all ages! I know some of us have parents who don’t love us any more. But thanks to a [Facebook] video I have just seen, I just want to inform you that I am actually a certified mother. So if you ever need a real motherly hug, I will be happy to oblige!” Jentoft wrote.

Ellingsen pointed out that even though Jentoft is involved with a powerful lobbying group, he nevertheless reported her to the police as a civilian member of the public. “The police attorney’s decision to open this investigation against a women’s rights activist is deeply concerning,” she said.

Jentoft is an advisor on gender diversity for FRI, also known as the Norwegian Organization for Sexual and Gender Diversity. FRI was previously known as The National Association for Lesbian and Gay Liberation.

Since 1997, FRI has been working towards the repeal of sexual paraphilias and fetishes as mental health diagnoses in both Norway and abroad. In 2010, many paraphilia-related diagnoses were removed from Norwegian medical literature, and in 2018 the World Health Organization (WHO) followed suit. The FRI’s campaigns successfully resulted in sadomasochism, transvestic fetishism, and general fetishism being re-classified as variants in sexual arousal in the 11th edition of the International Classification of Diseases.

In 2016, a law was introduced in Norway allowing those aged 6+ to change their legal sex on documents. Currently, it is not possible to change parental status, though FRI has been campaigning to change that.

A mother is in Norway legally defined in the laws governing children’s rights as the “woman who has given birth to the child.” In recent years, FRI has been lobbying to redefine the legal definition of “mother” to “birth parent,” along with other linguistic alterations aimed at making laws “gender neutral.”

Five years ago, the Norwegian government announced its intention to introduce gender neutral identification markers by 2032, thus eliminating sex-based data which may be useful to understanding the impact of laws and policies on women and children.

“I am under police investigation for campaigning for women’s rights, because to certain groups, the fact that women and girls are female and that men cannot be women, girls, mothers or lesbians, is considered hateful,” Ellingsen told Reduxx.

“The fact that police are legally able to investigate and persecute women who engage in women’s rights is concerning. This is new territory in Norway, so the outcome of the investigation is important, both if the case is dismissed and if it leads to trial.”

In 2021, a Norwegian man was sentenced to 21 days in prison and a fine of 15,000NRK after being found guilty of “insulting” and “misgendering” a trans-identified male on Facebook.