OPINION: Reddit, Lesbianism, and The Erasure of Single-Sex Spaces 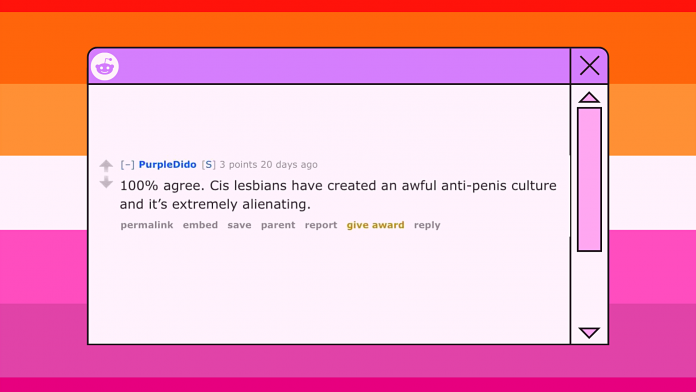 While Reddit communities intended to provide exclusive spaces for lesbians are routinely banned or censored under the pretense of “transphobia,” subreddits dedicated to the pornographic abuse of women are allowed to proudly declare “cis women only.”

Reddit has been notorious for deplatforming woman-centered and feminist communities. In 2019, r/GenderCritical was permanently banned from the site after Reddit overhauled its ‘hate speech’ terms of service. Subreddits such as r/BanFemaleHateSubs, a board dedicated to fighting misogyny on the platform were initially picked up in the sweep, as well as r/JoanneRowling, a J.K Rowling fan subreddit.

Other boards saw themselves either forced to undergo an overhaul or flat-out censored by the site. r/Detransition, a subreddit for individuals who have ended their gender transition to discuss their experiences, endured what some of the users described as a ‘coup,‘ with transgender Reddit top moderators taking over the subreddit and beginning to heavily suppress content.

But the double-standards amongst lesbian communities on Reddit is perhaps the most stark.

r/ActualLesbians is a subreddit intended to be for lesbian support and discussion that has taken a hard stance on “militant and exclusive” sexuality. The community’s description reads it is a “place for discussions for and by cis and trans lesbians, bisexual girls, chicks who like chicks, bi-curious folks, dykes, butches, femmes, girls who kiss girls, birls, bois, aces, LGBT allies, and anyone else interested!”

For years, female users have reported being banned from r/ActualLesbians for stating they were exclusively same-sex attracted, with others finding posts removed that make reference to lesbians not being attracted to males.

Some posts even veer into disturbing territory, with lesbians being encouraged to perform oral sex on male genitalia, or even have sexual intercourse with men.

In one post which went viral in December across social media, an r/ActualLesbians users expressed “feeling like a failure” after not being able to have penetrative sex with a male “transbian” partner. The subreddit’s moderators quickly deleted comments telling the user that she should not have been subjected to the experience, and that her partner should not have continued to try to penetrate her when she expressed physical discomfort.

Amongst the subreddit’s moderators, the majority participate heavily in pro-trans subreddits targeting “TERFs” or “exclusionary” lesbians, or are transgender themselves.

According to SubredditStats, r/ActualLesbian users most frequently overlap with those who also engage in r/MtF, a male-to-female community subreddit, r/AskTransgender, and several other transgender communities.

In stark contrast to r/ActualLesbians, which is firmly against “exclusionary” lesbian sexuality, r/Lesbians and r/DegradingHoles, pornographic subreddits primarily utilized by males, are explicitly exclusive and firmly state they only accepts posts with pornography featuring “cis women.”

The impact of this lack of exclusive spaces for female homosexuals on Reddit is obvious.

A quick scroll of r/ActualLesbians finds a recent post made by a woman who has become uncomfortable with the term lesbian because of its association with pornography. Instead of reassuring the user that there is nothing wrong with being a lesbian, users instead reply and recommend that she call herself “sapphic” or “queer,” and abandon the word “lesbian” altogether. One contributor jokingly suggests “vagitarian,” but is quickly policed and told that the term is exclusionary of lesbians that have penises.

The issue with a lack of female-exclusive spaces isn’t just indicated in the shaming and fetishization of female homosexuality, but clear safeguarding concerns have emerged — especially for young lesbians.

r/LesbianTeens is the youth equivalent of r/ActualLesbians, and advertises itself as an inclusive lesbian community. Its description declares it is a “safe space for LGBTQIA+ teens, focused mainly towards lesbians, but welcoming of all different sexualities and genders.” Like r/ActualLesbians, there is a massive overlap between the users of that community and those within transgender subreddits.

Scrolling the subreddit quickly reveals a significant number of the posts are directed towards breaking down lesbian sexual boundaries, and ‘educating’ young lesbians about making their sexuality inclusive of males.

The subreddit features a number of posts praising “trans lesbians” as the “coolest people ever,” and decrying the “transphobia” of “cis lesbians.” One post by a trans-identified male solicits reassurance about “feeling like a creep” in lesbians spaces, to which young users flock to sympathize.

The subreddit also trans identified males celebrating feminizing medical interventions such as exogenous oestrogen.  A disturbing post goes is a male graphically celebrating that after his “bottom surgery” he no longer has genitals.

One post on r/LesbianTeens was supposedly written by a 14-year-old “MtF” looking for an online relationship. The user calls themselves a “lil’ trans girl” and appears to solicit advice from the teen lesbians on how to talk to a “fem presenting partner” through the internet. A quick glance at the user’s profile finds they are an “age regression” fetishist who role-plays as a minor in the context of a kink.

The erasure of lesbian and female-exclusive spaces on Reddit is hardly a one-off. It is, in fact, an example of what has been happening both online and offline since the widespread emergence of gender ideology, queer theory, and the inescapable omnipresence of increasingly abusive pornography.

In fact, it increasingly seems as though pornography is the only medium in which women and lesbians are allowed to be accurately defined — as perfectly demonstrated by the fact exclusivity is permitted only on those subreddits which seek to dehumanize, degrade, and sexualize them. In pornography, there is no wishy-washy abstract debate about what a woman is. The men jacking-off behind their computer screens know full well.

It goes without saying that this, in turn, has had an impact on women’s self-perception across the board. Where women exist only as products in male fantasy, the desire to escape such a burden becomes overwhelming. Like the female user who expressed discomfort with the term ‘lesbian’ because of its association with pornography, many women are being corralled into adopting abstract identities or abandoning association with their sex or sexuality altogether in search of relief.

For many women, but especially those young girls first coming into understanding themselves, it might seem easier to be a they/them than a she/her. Similarly, it may be more appealing to be an asexual demiromantic birl than a lesbian — especially when you wouldn’t be allowed to set your own sexual boundaries outside of pornography otherwise.

Reddit stands to be viewed as a microcosm of what is happening everywhere, but most importantly, it provides a stark lesson in why women must concede no ground in the fight for single-sex spaces. 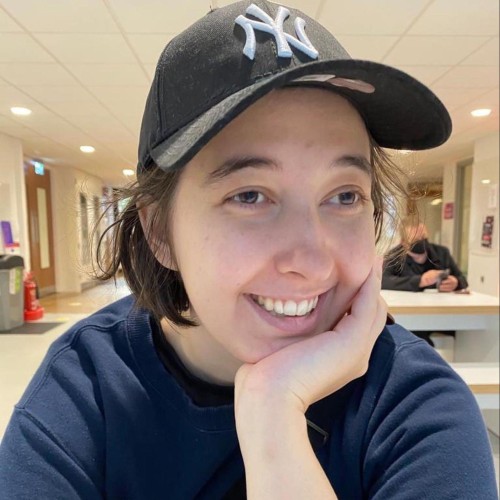 Hannah Berrelli
Hannah is a contributing journalist and opinion writer at Reduxx, with a particular focus on lesbian advocacy, gender identity, and pornography. A British-Canadian Marxist, she lives with her partner in the United Kingdom.
READ MORE
News