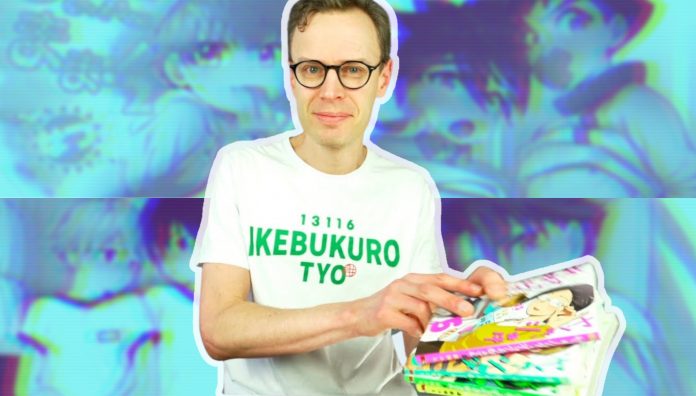 Karl Andersson, a Swedish-born academic, is currently a PhD student at the University of Manchester in the Japanese studies department. According to his Researcher biography on the University’s site, his focus is on how “fans of subcultural comics in Japan experience desire and think about sexual identities.”

The medium is largely regarded as a form of fantasy child pornography, and is illegal in many countries including Canada and Australia as a result. It is also considered illegal in the United Kingdom, where Andersson may reside.

While Andersson does not reveal the ages of the youth in the sexual comics, he does refer to them as “young boys.” Later in the paper, Andersson writes that “very young boy characters would greedily jump over the first cock that presented itself” in a description of some of the comics he read.

In another excerpt, Andersson writes: “Took long time before any action. I read everything and once they started undressing and comparing their cocks I came immediately. Vague memories of me and [name retracted] … What was exciting was definitely the whole atmosphere with two new friends who discover sex together. Something you only do once in life. … I was there, was one of them, not sure who, or wait a minute: I was Haru! The new boy. Whereas Ken was the active one, and the one who was sexy!”

Following the excerpt, Andersson states that he enjoyed the comic as he could “relate” it to his own experiences growing up, and ascribes the allure of shota to a sense of “nostalgia.”

In the article, Andersson also states that drawn, 2D comics are not his preference and that he prefers 3D mediums, though does not elaborate on whether that means he also indulges in computer-generated fantasy child sexual abuse material of a similar theme.

Prior to publishing his article on shota, Andersson had made a documentary film on those who watch shota titled Unreal Boys. The film is described as featuring “three young men in Tokyo” who “explore the limits of fantasy through the comic genre shota, which features fictional boys in sexual situations.”

The film won two prizes, including one at the Kiev Film Festival.

On his YouTube channel Andersson regularly posts “hauls” of shota and other Japanese media he purchases. In one haul posted around Christmas 2021, he displays various comics he purchased, most of which featured an adult woman romantically or sexually interested in young boys.

In another video uploaded to his YouTube, Andersson insists shota does not represent pedophilic desire in Japanese culture, and it is only when it is “misread” or “taken out of context” that there are concerns.

Japan has been notorious for its lax approach to child sexual abuse material, with the country only having made the possession of photos and videos of actual children being raped illegal in 2014. At the time, those who possessed real child pornography were given a one year grace-period to dispose of it or face a fine and a short period in prison. Drawn and CGI depictions of child sexual abuse, including those of children of any age, is legal and widespread.

Japan is known as an international hub for the production of both child pornography and trafficked children. According to child safeguarding organization ECPAT International, the Japanese government regularly allows child exploitation cases to be suspended, and for suspects to walk free.

While Andersson claims in his research paper that “untangling [the] largely unresearched knot of desires for fictional boy characters will give us a better understanding of human sexuality and provide a more solid basis for policymaking,” child safeguarding experts are unconvinced.

Andersson’s article appears to be the latest in a marked increase in openly sympathetic views towards pedophilia and providing them access to “fantasy outlets” at the academic level, with multiple incidents being reported over the past year alone.

In October of 2021, a ‘non-binary’ assistant professor of sociology and criminal justice at Old Dominion University in Norfolk, Virginia, came under widespread scrutiny after going on a podcast to promote her book:  “A Long, Dark Shadow: Minor Attracted People and Their Pursuit of Dignity.” The podcast was hosted by Prostasia, a charity many consider to be “pro-pedophile.”

According to one federal review, while only 12% of a sample of criminals charged with child pornography-related offenses had prior contact sex offenses in their official records, 55% self-disclosed that they had prior sexual contact with a child. Another study placed the latter figure at closer to 85%, another another places it at 76%.

Disturbingly, a 2009 study of men in treatment after being charged with receiving, possessing, or distributing child sexual abuse material found that while 74% of them had no prior criminal record for hands-on child sexual abuse, by the end of their 18-month program, 85% had admitted to having sexually abused a child in real life at least once.

Due to the illegality of fantasy child sexual abuse material in the United Kingdom, Reduxx reached out to Jordan Kenny, the manager of media relations for the University of Manchester, for comment on Andersson’s research but did not receive response in time for publication. This article will be updated in the event a statement is provided.