“Put TERFs in Their Place”: Trans Activist Appointed to Office by Scottish Lawmakers 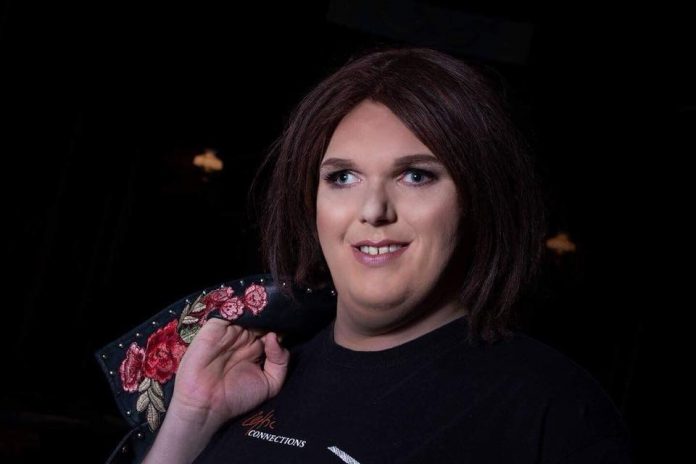 A Scottish trans activist who has called for the murder of politicians he disagrees with and was filmed screaming insults at women last fall has been appointed as a Learning Disabilities Officer for the governing Scottish National Party.

Alexandria Adamson, a male who identifies as a transgender woman, was recorded hurling slurs at a women’s rights demonstration in Edinburgh last September. Adamson, who was demonstrating with a crowd of trans activists, went viral after he was caught on film lunging towards a woman and repeatedly screaming “witch!” at her before a police officer intervened.

The incident occurred on September 2, 2021, during a protest initially led by pro-women activists. The group of approximately 400 women gathered outside Holyrood to demand the Scottish National Party-Green government protect sex-based rights in law, and to protest self-identification policies strengthened under national leader Nicola Sturgeon.

The pro-woman demonstration held signs which said “save our single-sex spaces” and “sex not gender,” but were met with an estimated 100-strong counter protest of trans activists. Adamson had apparently been amongst the organizers, calling upon people to join him in protest against “hate crimes.”

A video uploaded to Adamson’s Facebook account, evidently recorded himself, depicted Adamson walking towards Holyrood that morning on his way to the protest. In the video, Adamson can be heard muttering menacing phrases about “TERFs” — an acronym many feminists have condemned as a misogynistic slur. Most commonly, the acronym is applied to women who do not believe in self-identification policies.

“All this transphobia has to end. What I’ve witnessed in England was politically demonic. We have to put the TERFs in their place and stand up in solidarity. Those evil TERFs are no-good bullies … No good is going to come to them. They won’t know what’s coming to them.”

After the video of Adamson’s outburst at the protest began circulating on social media, his identity was quickly confirmed by internet sleuths. Shortly after, more disturbing threats he’d made against women began to emerge from his social media pages.

In the days leading up to the September event, Adamson shared a Facebook event page which called for all who support “self-ID for trans people” to join him in “[putting] TERFs in their place.”

In another Facebook post dated July 16, Adamson appeared to delight in imagining himself “pummeling” a woman whom he believed to be transphobic.

Adamson had also uploaded photos of hand-written diary entries to his social media account. One such entry, titled “Alexandria’s Testimony,” described how he believed he had a direct encounter with a “Holy Spirit” who told him that his “purpose was to be a woman.”

He quotes a Bible verse which states that “the lesson of kindness is on her tongue”, and concludes by asserting his view that “all autistic, disabled, LGBTQ+ Christians were born with a divine purpose,” and added the warning: “Do not judge us, it’s unBiblical.”

In addition to threatening women he decries as “TERFs,” Adamson has also called for British Secretary of State Elizabeth Truss to be “put to death,” referring to her as a “demon” and a “b*tch.”

Yet despite this documented abuse and harassment of women, the Scottish National Party’s Disabled Members Group appointed Adamson to an organizational leadership role in February, an announcement that went largely overlooked until women’s rights advocates on Twitter began circulating the news earlier this week.

As news of Adamson’s appointment to a government role spread across social media, many expressed concern. Some social media users noted his calls for violence against political opponents made him unfit for public service, and reported tweets on his Twitter account which referred to those he disagreed with as “demons” who should “all be killed.” Adamson’s account has since been suspended.

It is unclear whether Police Scotland intend to take action against Adamson for tweets that incite violence and abuse. Many feminists on Twitter have pointed out that pro-woman advocates in the country have been criminally investigated for far less.

In 2021, Scottish feminist Marion Miller was charged under the Communications Act for Tweets she made from 2019, one of which was simply a photo of a suffragette ribbon. After a legal battle, the charges were dropped later that year.

Scotland has become a hub for debate surrounding gender ideology and its impact on women.

A controversial hate crime bill supported by Scotland’s justice secretary, Humza Yousaf, was passed last year despite containing no provisions to protect women from sex-based crimes. The legislation was slammed for creating a new criminal offense of “stirring up hatred” towards “cross-dressing people”, and for granting more protections to men who declare themselves to be women than to biological women.

In 2021, it was revealed that Police Scotland had been recording male rapists as female if they self-identify as such upon arrest, influencing official government crime statistics. Scotland also has a robust prison self-identification policy, and approximately 12 male convicts have been transferred to female prisons in the country over the course of the past two years.

Some female prisoners in Scotland have recently revealed to researchers that they feel threatened by trans-identified male inmates, with those who have suffered previous violence and abuse being particularly vulnerable.

UPDATE 17/08/22: The Scottish Daily Express has reported the SNP has suspended a member after becoming aware of an assassination threat made by that member against Tory leadership candidate Rishi Sunak. The Express stated they made a decision against identifying the member, whom they referred to using feminine pronouns, but the threat matches one made by Adamson in May.