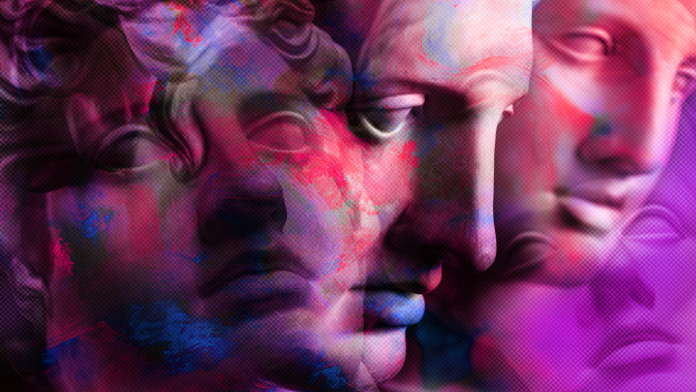 No one—women, men, children, or trans-identified persons—should be subjected to any form of exploitation or targeted for discrimination.

Trans-identified persons are entitled to the same human and civil rights as others. Recognizing these rights, however, does not mean that we must accept that hormones and surgery transform men into women and women into men; or that persons who self-declare as members of the opposite sex are what they subjectively claim to be; or that hormones and surgery are “life-saving and necessary treatments” for those seeking transition.

Transgender activists champion the “right” to hormones and surgery for every child who presents as “dysphoric,” treatments they define as “emergency medical care.” This rhetoric of dysphoria allows accusers to assert that opponents are depriving children of necessary health care, as if hormones are an issue of life and death comparable to insulin needed by diabetics.

By defining these treatments as a right, trans activists can brand both opponents of affirmation treatment and questioning parents as biased, allegedly depriving children of their civil liberties. Instead of supporting a child’s right to protection from the health risks of such procedures, trans activists claim that robbing children of quick affirmation of treatment is life-threatening and may cause suicide.

The suicide alarm is used as a cudgel to hammer trans tenets into truths. Suicide numbers are blown out of proportion and invoked widely within trans circles, especially to defend certain medical procedures for young people.

Keira Bell, the brave young woman who brought a legal case against the UK Tavistock Clinic, has written:

I was adamant that I needed to transition. It was the kind of brash assertion that’s typical of teenagers. What was really going on was that I was a girl insecure in my body who had experienced parental abandonment, felt alienated from my peers, suffered from anxiety and depression, and struggled with my sexual orientation.

As she grew older, Bell understood, “I recognized that gender dysphoria was a symptom of my overall misery, not its cause.”

After a round of “superficial conversations” with social workers, Bell was given puberty blockers at age 16, testosterone shots at 17, and at 20, she had a double mastectomy. Five years later, she detransitioned. The health consequences, however, were not superficial: infertility, loss of breasts with inability to breastfeed, atrophied genitals, and a permanently changed voice.

Writer Max Robinson quotes a friend who argues that[:]

… if the top priority of all providers of transgender health-care services was really to help people feel their best, they’d be banging on the doors of the many women talking about alternative strategies for coping with feelings currently or formerly diagnosable as gender dysphoria.

Quick gender affirmation treatment for children reverses the Hippocratic medical principle to “do no harm” when clinicians subject young patients to iatrogenic or doctor-induced risks that include infertility or chemical sterilization, vaginal atrophy in girls, and heart problems. Even the notion of harm is inverted when trans activists and clinicians claim the actual damage done to young patients is due to parents and others who reject quick affirmation treatment, a rejection they label as child abuse.

Transgenderism has even taken root in US medical schools. Professors, besieged by woke medical students, are apologizing, for example, for using the term “pregnant woman” instead of “pregnant person.” Some schools are conceding that “the notion of sex … is just a man-made creation,” an admission that can have disastrous effects if doctors and patients ignore the material reality of sex and its consequences for diagnosis and treatment.

Transgenderism is undermining medical training. One student, Lauren, gives an example: “Take abdominal aortic aneurysms … These are four times as likely to occur in males than females.” But when discussed, this sex difference wasn’t emphasized. Other sex differences such as heart attack symptoms manifest differently in males and females. But sex differences that impact treatment are not part of the curriculum. Lauren continues, “I’m not even sure what I’m being taught, and unless my classmates are as skeptical as I am, they probably aren’t aware either.”

In spite of what Lauren sees happening in medical schools, she is “both hopeful for the future and not.” She observes that the transgender movement “is portrayed as a civil rights movement … it seems virtuous … So how can you fight against something that’s being marketed as a fight for human rights?”

How is it that critics of the transgender system have been demonized, threatened, and attacked for calling out the lies and stating the truth? For one thing, self-declared women, as the men that they are, are not listening to detransitioning women. Instead trans activists seek to downplay the numbers of detransitioners and brand them as traitors. Men who identify as women and their allies have seized the public stage and set in motion the trans policing of those with whom they disagree, harassing and attacking both detransitioners and natal women.

Young women who identified formerly as “trans men” and are now detransitioning are asking perceptive questions that challenge trans dogma. Men who self-identify as women could take a page from their female counterparts and begin this kind of personal and political reflection.

Transsexualism and its more recent incarnation transgenderism raise half-truths that highlight the situation of those individuals in society who feel uniquely body-bound by gender constrictions—but individual distress is not the whole truth. Although transgenderism poses the question of gender dissatisfaction, it fails to give a social and political answer. Instead it reinforces the society and social norms that produced transgender to begin with. And too often, it offers no solution to the individual’s gender dissatisfaction.

As I have written elsewhere, many people, especially feminists, have faced dissatisfaction with their bodies. However, feminists have raised questions and given answers to gender dissatisfaction that go far beyond the transsexual and transgender context—questions about body mutilation and integrity, medical research priorities, definitions of maleness and femaleness, and the expansion of the industrialization of gender. Any woman who has experienced the agony of not fitting into a society where “gender hurts” is hardly insensitive to the plight of trans-identified persons.

Many trans-identified persons speak compellingly about their own experience. Many experience acute body dissatisfaction. Having experienced dissatisfaction with one’s body, however, does not make anyone an authority on the larger social, political, and medical contexts that generate trans identification. This kind of reflection requires looking beyond the individual self at the ways in which social and political structures influence identity.

Given the damage that transgenderism is doing to children who are being processed through gender identity clinics, seeking to change their bodies through hormones and surgery, the most honest, informed, and sensitive position one can take is to be openly gender-critical. Otherwise, we engage in a passive tolerance, a laissez-faire attitude that reinforces a gender-defined society and a gender industry that prolongs the harm.

Misplaced sympathy will only strengthen a society in which new sex roles are the norm, where gender crises become subject to medicalization, and where self-declaration of sex is epidemic. Such a tolerance encourages children and adults to alter their bodies or their appearance rather than to join together in altering societal standards. In the long run, this kind of tolerance, sensitivity, or sympathy does not aid those who suffer but rather creates more victims.

What is at stake in the transgender conflict is not just an individual person’s “feeling.” Rather, this anti-woman and anti-feminist ideology is having a far-reaching impact on legislation normalizing that men can be women, often with no input from women who would be harmed by the legislation. Unfortunately, where transgender legislation is placed on the docket, public opinion lags behind public policy.

Trans activists have taken their ideology and practice to absurd lengths, and people have played along with it giving anything that passes for trans their support. We are in the grip of a repudiation of reality that is responsible for much harm, especially to children. Every day, there are new revelations about transgender intrusions into the educational system and women’s sports, the proliferation of gender identity clinics, and legislation that is pending or has passed that institutionalizes transgenderism. Principled people must be willing to speak out and say “enough.”

I hope that more people will come to see gender dissatisfaction not as a disorder requiring medical treatment, or as a matter of self-identification, but as an issue that will not be resolved until we challenge both the traditional and “progressive” gender-defined culture and the denialism that perpetuates it. I hope that the trans survivor movement will become a strong political movement that will contribute to changing what is now a men’s rights movement to a gender-abolitionist movement that honors women and women’s rights.

Doublethink: A Feminist Challenge to Transgenderism is now available from Spinifex Press. 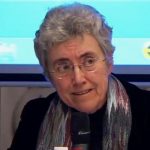 Janice Raymond
Dr. Janice G. Raymond is Professor Emerita of Women’s Studies and Medical Ethics at the University of Massachusetts in Amherst where she was a faculty member since 1978. Her book The Transsexual Empire: The Making of the She-Male (1979) is considered the foundational text critiquing gender ideology.
READ MORE
News