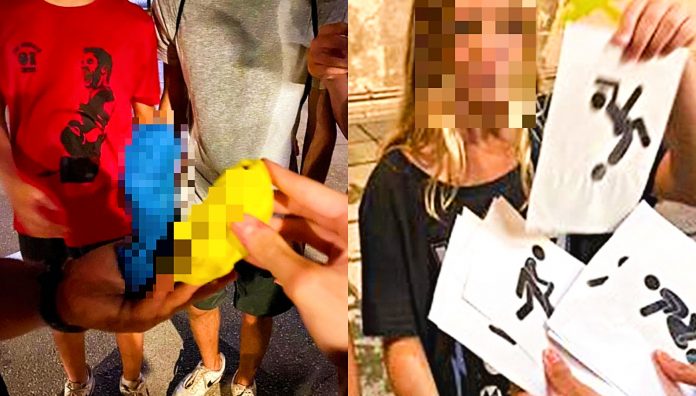 Parents in a small Spanish community are planning on suing local lawmakers after they discovered an event aimed at the town’s children had exposed them to highly sexual “games.”

The event, which took place on July 22 in Vilassar de Mar, a small municipality in Catalonia, included activities in which children were instructed to imitate sexual positions taken from the kama-sutra with each other, form genitals from play-dough, and learn about hardcore drugs.

The city’s youth department had organized the event, known as a “gimcana” – a typical Spanish game involving completing a series of challenges. It was targeted at youth as young as 12, but allowed adults up to 30 years of age to participate.

Parents who had trusted their children to what they believed would be an age-appropriate youth council-led event were shocked to learn what their children had been asked to do when they arrived to pick them up.

Amongst the disturbing activities, the children informed their parents they had been taught to place condoms on bananas, which they doused in honey and cream before licking.

Another game involved placing a balloon on a girl’s rear as a boy was asked to pop the balloon by simulating a sexual act.

Parents were also outraged when they discovered that pictures of their children holding up cards with images of positions from the kama-sutra were uploaded to Instagram. According to one parent, a picture of her 11-year-old was posted to the event’s social media without permission.

Hardcore drug use was also discussed at the event. The children were made to play a game in which they were asked whether an illicit drug was “injected or inhaled?” If they answered incorrectly, water mixed with flour was poured over them.

One mother told La Vanguardia, “We feel unprotected, these people have done what they wanted, going over the line.”

Another parent told media she worried that recordings of their children engaged in highly suggestive positions may have been made or disseminated. “We do not know if recordings of the children made by anyone may be circulating,” said the mother of a 13-year-old attendee. “[sic] What assurance do we have that they are not in the hands of pedophiles?”

The City Council of Vilassar de Mar has issued a statement defending the activities for minors, asserting that children consume pornography from a young age.

At a press conference on Friday, August 8th, Montse Gual, the leader of the town council’s youth department, called the uproar an “error in communication.” Gual apologized for not properly informing parents of the contents of the event but defended the interactions as part of childhood sexual education. Gual said that the participants had been divided into similar age groups, and added that the pictures had been taken down from social media.

Yolanda Laspadas, president of the local People’s Party of Vilassar de Mar, called upon the youth council administrator who arranged the events to be dismissed, adding: “the department knew it and did not notify the parents … This is pornography, not sex education.”