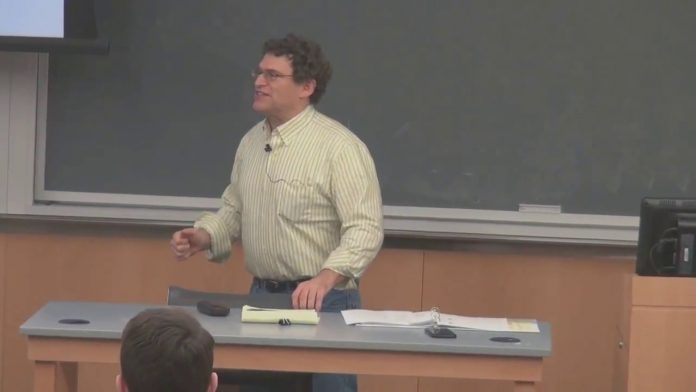 Professor Stephen Kershnar even noted that “it wasn’t obvious” to him that sex with a 1 year old would be wrong in all cases.

A video featuring a Professor from the State University of New York at Fredonia has gone viral and sparked outrage after the instructor is heard seemingly arguing against pedophilia being inherently wrong.

The now-viral video features Stephen Kershnar, a distinguished teaching Professor in the Philosophy Department at Fredonia giving an interview on what appears to be a podcast.

“Imagine that an adult male wants to have sex with a 12 year old girl. Imagine that she’s a willing participant,” Kershnar is heard saying, “there’s a widely held view that there’s something deeply wrong with this, and it’s wrong independent of it being criminalized. It’s not obvious to me that it’s wrong, I think that’s a mistake. And I think exploring why it’s a mistake will tell us not only things about adult-child sex and statutory rape, but about fundamental principles of morality.”

In another, even more shocking video segment, Kershnar states that “it’s not obvious” to him that sexual interaction with a 1 year old would necessarily be wrong, basing his perspective on alleged cultural practices.

The clips, which now have over 180,000 views at the time of this article’s writing have sparked a wildfire of criticism across social media, with many Twitter users attempting to contact the Fredonia directly to demand answers on the Professor’s beliefs.

The views Kershnar is expressing in the video align with previous published work he’s done on the subject.

The views Kershnar is expressing in the videos align with previous published work he’s done on the subject.”be skeptical” about common knowledge of “adult-child sex,” and argues that “a significant number of boys and girl participants in adult-child sex have positive or neutral responses towards it.” Kershnar gsoes on to suggest that some children are “willing participants” and may not be harmed by it.

Kershnar’s academic perspective on the morality of pedophilia appears to extend to other widely-accepted evils, such as slavery.

In December of 2020, Kershnar appeared on a libertarian podcast wherein he discussed his views that many adult-child sexual relationships should be “defended.” The podcast, Unregistered, is hosted by Thaddeus Russell, an anti-Marxist former professor of history and philosophy who once taught as an adjunct at Willamette University.

Russell, like Kershnar, has argued that slavery wasn’t a uniformly negative experience for Africans, and that slaves were well-cared for and may have actually enjoyed their enslavement. Russell’s views on pedophilia have also been documented by pro-child safeguarding watchdogs, who documented at least one occasion where Russell was arguing that there may be instances in which a 13 year old girl could acceptably consent to prostitution.

Russell responds with agreement, noting that he “doesn’t see a reason” for laws criminalising adult-child sex, and denounces the sex-offender registry.

UPDATE 2/2: Fredonia has responded to the outrage swelling over Professor Kershnar, issuing a short statement from President Stephen H. Kolison via Twitter.

SUNY Fredonia is aware of a video posted online involving one of its professors. The views expressed by the professor are reprehensible and do not represent the values of SUNY Fredonia in any way, shape, or form. They are solely the professor’s views. The matter is being reviewed.

UPDATE 2/5: SUNY Fredonia has confirmed that Professor Kershnar has been relieved of his on-campus duties, and will not be interacting with students while their investigation into his views on pedophilia is ongoing. The statement, issued by President Stephen H. Kolison, noted that he viewed the content of Kershnar’s podcast video “absolutely abhorrent.”