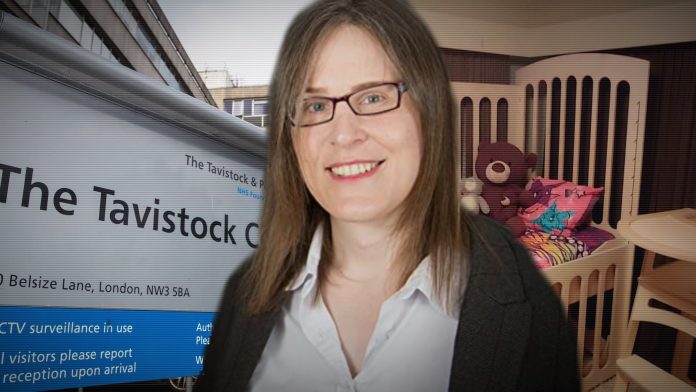 A prominent psychologist within the Gender Identity Clinic at Tavistock has called for normalizing ageplay, furry fetishes, and a variety of sadomasochistic sexual practices as “sexualities.”

Dr. Christina Richards, the Lead Psychologist and Head of Psychology at the London Gender Identity Clinic, is responsible for a number of publications which seek to rebrand extreme fetishes as “further sexualities.”

In 2013, Richards, a male who identifies as a woman, co-authored a professional guide on sexuality and gender, in collaboration with Meg John Barker, a senior lecturer in psychology at the Open University. In the writing, Richards places extreme and violent sexual practices on the same spectrum as heterosexuality, homosexuality, and bisexuality.

In the guide Richards introduces ageplay, which involves “an adult identifying as a baby or young child, and is also known as adult baby/diaper lover (ABDL) or infantilism. There may be a sexual aspect… associated with humiliation.”

Richards goes on to describe how adults who engage in ‘ageplay’ accumulate various objects and apparel associated with childhood, including children’s clothing. Often one adult will roleplay as being any age from infancy to teenage years, while another adult participates in a dominant sexual role.

Despite repeated assertions from Richards that ageplay is not related to pedophilic impulses, a 2016 study by Kevin Hsu and J. Michael Bailey published in Psychological Science found that autopedophilia, an adult becoming sexually aroused from fantasizing about themselves as a child, “was common among pedohebephilic participants,” with 49.1% reporting “feeling at least mildly sexually aroused when they imagine being a child or having a child’s body.”

In a 2015 publication again co-authored with Barker as well as in a presentation given that same year, Richards doubles down on his assertion that fetishism is a type of sexuality.

“Fetish is a broad term which might include most of the further sexualities listed here as well as various others. In its widest sense, it refers to gaining sexual satisfaction from a non-human partner or body part,” writes Richards.

“Due to a change in conceptualisation of further sexualities away from a problem-based understanding and towards one of diversity, there has also been a recent marked turn away from pathologisation among those people who have such identities and practices and towards a sense of community building and support. This mirrors the community building and acceptance of homosexuality in many Western nations,” Richards asserts, firmly associating a broad and unspecified range of fetishes to homosexuality. He then goes on to introduce the furry fetish.

The term ‘furry’, according to Richards, refers to those people who “have some identification with animals, whether for reasons of sexuality or, quite often, for reasons of identity more broadly (perhaps with sexuality as a part of that).”

Here, as with ageplay, Richards refers to the fetish as a ‘further sexuality’ while simultaneously implying that there is not always a sexual element involved. Once again, research conducted by Hsu and Bailey in 2018 found that among their sample of self-declared “furries,” 99% confessed that they were driven by “some degree of sexual motivation.”

Before becoming a board member, he was selected by the executive board of the WPATH to be Lead Chapter Author for Adult Assessment in the Standards of Care Version 8 (SoC v8) revision, the drafts of which were issued in December 2021.

In addition to his work with the Gender Identity Clinic, Richards serves as the chair of the British Psychological Society and oversaw guidelines that advise mental health professionals that it can be acceptable to refer to a client as a “slut.”