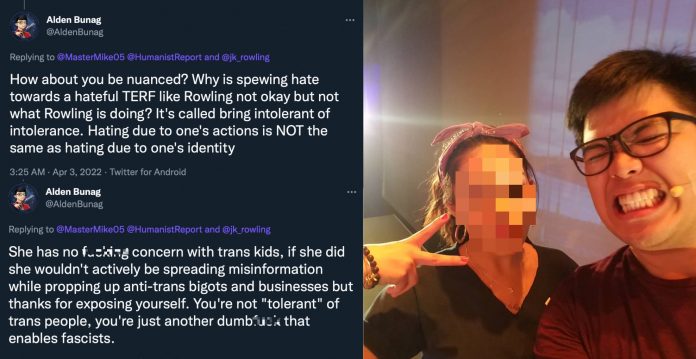 A teacher in Hawaii is facing charges of distributing child sexual exploitation material, some of which he admitted was created through his own abuse of a 13-year-old boy.

Alden Bunag, 34, who was a substitute high school teacher in Oahu, reportedly committed the crimes from November 2019 through October 2021. Federal investigators became aware of Bunag after receiving a CyperTip report in July of 2021. The report had initially led them to a school teacher in Philadelphia who had allegedly uploaded child sexual abuse material to the internet.

According to local KHON2 news, FBI agents raided the Philadelphia teacher’s home and seized his electronic devices. A search of his phone ultimately uncovered over 3,400 communications with Bunag, some of which included exploitative content.

On June 15, the FBI served a search warrant at Bunag’s home in Honolulu. Bunag complied with investigators and gave a voluntary interview during which time he admitted to “having sex” with a 13-year-old boy, one of his former students, which he recorded. He also told investigators that he sent the video to the Philadelphia teacher and others using the messaging app Telegram.

Bunag told FBI agents he had distributed other child sexual abuse material involving other minors. He was arrested following the interview on one complaint of distribution of child pornography.

While the charges are disturbing on their own, Bunag is a hot topic on social media today after sleuths uncovered his Twitter account where he very recently engaged in a heated debate on child welfare and LGBTQ education in schools.

On April 2, Bunag began arguing with a another user in the reply section of a tweet by Harry Potter author J.K. Rowling. Rowling had uploaded a screenshot of an abusive comment she had received in response to a post she’d made featuring a Tavistock whistleblower expressing concerns about the transitioning of vulnerable minors.

Bunag began responding to one of the commenters in Rowling’s replies, and the two exchanged charged messages for a few days. Bunag called Rowling a “hateful TERF,” and suggested she was a fascist for “propping up anti-trans bigots and businesses.”

The debate culminated in Bunag accusing the other user of being a pedophile for having reservations about teaching children about issues surrounding sexuality and gender identity in schools.

During the discussion, Bunag vehemently opposed Florida’s Parental Rights in Education Bill, stating that it “didn’t protect kids” and would make children intolerant of people’s differences.

“You have yet to demonstrate why teaching kids basic sex ed and discussing gender/sexuality with them is “grooming” while I’ve repeatedly explained why. Don’t tell me to f*cking Google anything, this is also why no one should take you guys seriously, you can NEVER back shit up,” Bunag wrote.

Bunag also engaged with Humanist Report host Mike Figueredo during the exchange, who had quote-retweeted the user Bunag was arguing with after he posted a screenshot of Figueredo tweeting an abusive message at J.K. Rowling.

“Then of course he does the fascist pivot of jumping to accusations of pedophilia because children being abused seems to always be on their minds,” Bunag wrote under Figeuredo’s tweet, in which the podcaster defended his tirade against the Harry Potter author.

Bunag made his initial court appearance on Thursday, June 16. He has a detention hearing set for June 21 and a preliminary hearing on June 27.

In light of the evolving charges against him, many social media users are mockingly circulating posts from Bunag’s recent Twitter history. Bunag was active on Twitter until the day before his arrest, with his last post being a mocking jeer at transgender YouTuber commentator Blaire White for being ‘self-hating.’

@DefiantLs, a humorous account that juxtaposes hypocritical twists in people’s logic or ideology, placed Bunag’s tweet accusing another user of being a pedophile against the announcement of his arrest in a viral tweet that wracked up over 52,000 ‘likes’ overnight.

Bunag’s Instagram appears to have primarily been used as a catalogue of his photography, most of which featured local students and youth in his area.