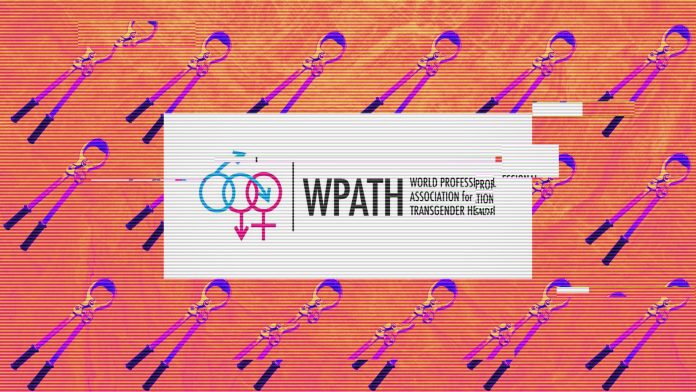 A Professor Emeritus at California State University who has given academic talks on “expanding the transgender umbrella” has for over two decades participated in a fetish forum that hosts and produces extreme sadomasochistic written pornography involving the castration and torture of children.

Thomas W. Johnson, a retired Professor at California State University in Chico (CSUC), is a formative member of the body modification fetish site The Eunuch Archives, which was the subject of a months-long investigation by Reduxx released on May 17. At the time, Johnson’s identity had not yet been confirmed as an anonymous user who goes by the handle “Jesus.”

But according to posts made to the forum in March and April, Johnson let his identity slip and invited site members to partake in an academic survey on “childhood experiences, castration desire and sexual history,” as well as watch him give a talk at CSUC via Zoom.

Johnson has published research based on surveys he has personally conducted with other members of the Archives. His academic interests advocate for expanding the concept of ‘gender identity’ to include men with sadomasochistic and even pedophilic castration fantasies — something that has now been included as a Male-to-Eunuch identity in the draft Standards of Care for the World Professional Association of Transgender Health (WPATH), an international medical body that sets guidelines including those related to the transitioning of children.

As previously reported by Reduxx, the Eunuch Archives hosts over 3,000 pieces of fictional child pornography that detail the rape, torture, and killing of children. In some narratives, children with stunted puberty are raped by doctors. In others, children are castrated by force as part of a sadistic sexual torture ritual.

According to Johnson’s own research, the majority of site members who participated in a survey cited sexual fantasy as their main reason for interest in castration. Some survery participants asserted that they became sexually aroused when witnessing animal castration.

In addition to Johnson, the identities of two other leading site members have also been determined by Reduxx as similarly prominent academics.

Richard J. Wassersug has for over 20 years used the alias “Eunuchunique” on the forum, while Krister H. Willette, who has been active in the community since 1998, uses the screen name “Kristoff.” Both men, along with Johnson, presented research they co-authored together at a 2009 conference in Oslo held by WPATH. Wassersug was an Honorary professor in the Department of Cellular and Physiological Sciences at the University of British Columbia, but has also been affiliated with Dalhousie and La Trobe Universities.

In May 2010, the contents of the Oslo presentation were published in The International Journal of Transgenderism, an academic journal issued by WPATH.

Wassersug, Willette, and Johnson were again invited to speak at a 2011 WPATH conference in Atlanta, Georgia. It was during this conference that the decision was made to de-classify Gender Identity Disorder as a psychological condition. In its place, Gender Dysphoria would become the recommended terminology.

Johnson claims to have been influential in editing the fifth edition of the Diagnostic and Statistic Manual for Mental Disorders (DSM), which is published by the American Psychiatric Association (APA). The DSM is regarded as the authoritative guide to the diagnosis of mental disorders in the United States, but is also referenced internationally.

“The draft for the next edition of the Diagnostic and Statistical Manual of Mental Disorders (the DSM-5) suggests ‘Gender Incongruence,’ which I much prefer,” Johnson wrote in 2010. “The body and mind are out of sync, with no mental illness implied!”

Johnson later added, “I was one of the many who were asked to draft position papers for the committee to read as they prepared their draft. I also wrote a long commentary on the draft, which the committee will use during the revision process.”

When the DSM-5 was released in 2013, a term for a pathological and sexualized fixation on genital mutilation was removed. Previously, Skoptic syndrome had been listed as a gender identity disorder in the DSM-4.

In 2016, Johnson claimed to have been specifically chosen to rewrite a portion of the Standards of Care by former WPATH president Eli Coleman, who “pointed at me and announced that I was expected to provide input on eunuchs for the revision. Now is our opportunity to help devise the standards of care that will be most helpful.”

For nearly two decades, the Eunuch Archive has hosted an annual “Meeting of Members.” The event is held in Minneapolis, Minnesota, Willette’s area of residence, and is co-hosted by Willette and Johnson. Minneapolis is also where former WPATH president Eli Coleman currently lives and works.

Johnson and Wassersug have previously released academic research justifying the pedophilic fantasies amongst castration fetishists. In a 2015 paper titled “The Sexual Side of Castration Narratives,” fictional child sexual abuse material was called “therapeutic” and helpful for those with eunuch ideations.

According to a 2007 CSUC newsletter issued by the Anthropology Department, Johnson was noted as being the long-time president of the Children’s Folklore Section of the American Folklore Society.

Reduxx reached out to the Anthropology Department at CSUC for comment on Johnson’s association with a forum hosting child sexual abuse fantasies, but did not receive a response in time for publication. This article may be updated in the event they respond.