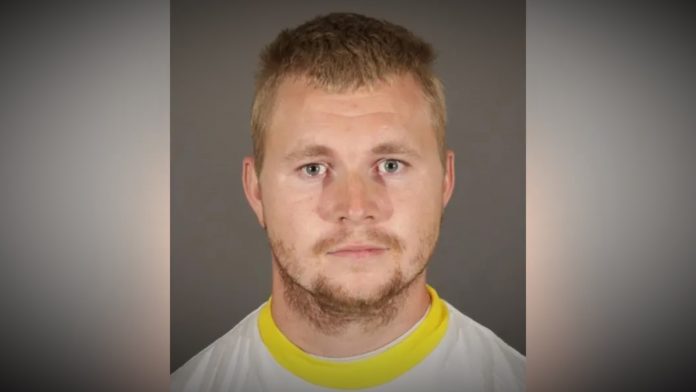 A 26-year old man convicted of sexually assaulting a child and currently serving his sentence in a youth treatment facility boasted about the lenient sentence offered to him by Los Angeles District Attorney George Gascón, according to newly leaked audio from the offender.

James Tubbs, who now goes by the name Hannah Tubbs, pleaded guilty to sexually assaulting a 10-year-old girl in 2014. At the time, he was two-weeks shy of his 18th birthday.

In a recent decision that sparked massive backlash, L.A. County prosecutors said Tubbs would not have to register as a sex offender after completing his two-year sentence, which would be served in a juvenile treatment center where he would be housed with female youth.

Today, Fox News correspondent Bill Melugin released exclusive audio from an in-custody phone call between Tubbs and his father in which he was boasting about the lenient sentence he had been offered. The recording appears to be from just before the final decisions in the case were made.

“Don’t worry about it. It’s a strike, but they’re gonna plead, I’m [going to] plead out to them and then plead guilty. They’re going to stick me on probation. And it’s going to be dropped. It’s going to be done, done. I won’t have to register,” Tubbs says in one recording, to which his father responded with confusion, seemingly not understanding how his son’s crime would result in no severe penalty.

Tubbs is heard excitedly exclaiming “Nothing!” when his father asks what the consequences of his actions will be. He goes on to state that “if there is a next time” he commits a crime, he will simply flee the country.

Tubbs was two weeks shy of his 18th birthday when he committed the crime.

He followed a 10-year-old girl into the bathroom of a Denny’s in Palmdale, California where he grabbed her by the throat and forced his hand down her pants. He only stopped his assault when someone entered the restroom, and then ran away before he could be detained.

A judge in Antelope Valley, California, ruled that Tubbs would be sent to a juvenile detention facility, where he would be kept with underage female delinquents.

L.A. County District Attorney George Gascón had ruled in early January that he would not take Tubbs’ case out of juvenile court, stating that he would not press for jail time in an adult facility, as the crime was committed while Tubbs was 17-years-old.

During the January 27 hearing, Judge Mario Barrera stated repeatedly that he was limited to sentencing Tubbs to two years because the District Attorney’s Office did not file a request to transfer the case to adult court.

Tubbs’ victim, who is now 18, no longer lives in California. In a statement she provided to the court, the young woman said she continues to live in fear.

“I just wanted to forget I’m part of any of this,” said the victim in her statement.

“And I’m constantly reminded of my past because of this case. I live in fear most of the time, and although it’s something that I tried to tell myself isn’t my fault, I could never truly believe it. I feel that I’m to blame somehow, when I know deep down that isn’t the case.” She said, ending: “I chose not to come into court because I couldn’t stand the thought of having to see my attackers’ face again. And I hope, after all of this comes to an end my attacker gets the punishment he deserves for attacking a child with no problem and I can finally get on with my life.”