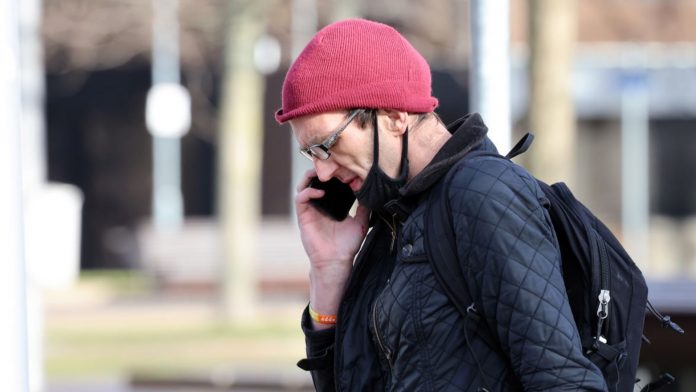 The offences, committed in the Teesside area of Northern England, were initially committed in August of 2021, but McNab was charged in November.

At court, the prosecutor reviewed some witness statements on the incidents from that day. One couple witnessed McNab “moving forwards and backwards against a wheelie bin” while using a sex toy on himself.

Another witness described a separate incident seeing a him standing in the front yard area of a house “leaning over the garden gate, thrusting [his] hips forwards and backwards looking at [the witness] as if he wanted them to notice him.”

On the same day, yet another witness was driving by McNab’s home with her young granddaughters in their car. As they passed the residence, one of the girls took notice of McNab, who was standing in the window, thrusting his hips and flashing his penis.

According to the Daily Record, McNab has 17 prior convictions for 22 offences and was still under a suspended sentence order at the time of 2021 incidents. He is originally from Glasgow, Scotland.

Previously convicted as a male, McNab had been placed on the sex offender registry and made subject to notification requirements in 2011 after sexually assaulting a pre-teen girl. He has apparently breached his sentencing conditions more than 10 times since they were applied.

McNab began identifying as a woman shortly after the sexual assault and, despite one condition of his sentence requiring him to notify police of any changes in identity, he downloaded social media apps using the name “Chloe Thompson” without first informing law enforcement. He was charged with the breach in May of 2021, and given a suspended sentence.

Media coverage of the August incidents uniformly refer to McNab as a woman and use ‘she/her’ pronouns for him, even while discussing his male genitalia.

UPDATE 2/17: Twitter user Emily Wilding Davison has come forward with screenshots of a profile belonging to McNab from dating app Badoo. Emily notes that she found McNab on the app in June of 2021, and he was advertising himself as a “lesbian” woman with children.

The screenshots have been censored for vulgarity.