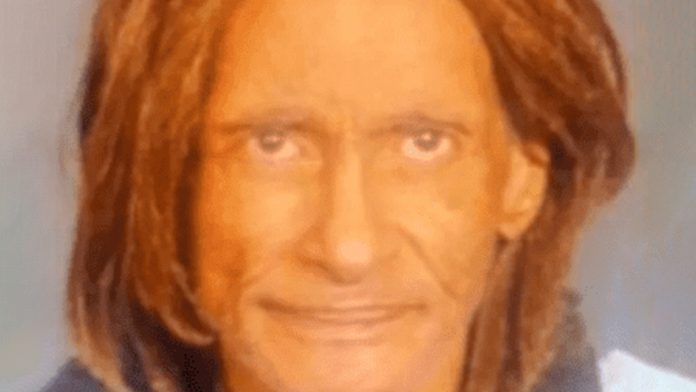 A transgender serial killer who was detained in connection to the murder and dismemberment of a woman was caught sitting on a severed human leg while shopping prior to his arrest, new surveillance released by the NYPD reveals.

Harvey Marcelin, an 83-year-old biological male who identifies as a woman, was arrested on March 4 on a charge of concealing a body, and could soon face additional charges after he was caught on surveillance disposing of a body near his apartment. The victim, 68-year-old Susan Leyden, was murdered and then dismembered, with parts of her body being found scattered around the Brooklyn neighborhood of Cypress Hills soon after she went missing on February 27.

Leyden’s headless torso was found in a shopping cart blocks away from Marcelin’s apartment on March 3, prompting police to get a search warrant for Marcelin’s apartment, where her head was located as well as a number of saws and bloody sheets. A human leg was found in the area stuffed in a discarded tire on the street on March 7, though police have not confirmed whether this limb also belonged to Leyden.

On Friday, the NYPD held a press conference with updates on the gruesome crime in which they released surveillance footage from a retail store featuring Marcelin. In it, Marcelin is seen utilizing a motorized wheelchair with what appears to be a severed human leg on the seat, visible when Marcelin stands from the chair to look at products.

During the conference, Kings County District Attorney Eric Gonzalez introduced Marcelin as a “female” and stated he was “born a male, but prefers the pronoun ‘miss.'” Gonzalez uses feminine pronouns to refer to Marcelin throughout, and often refers to him as a “female person of interest.”

Marcelin has a long history of grisly crimes, and was on lifetime parole when he committed the most recent murder.

In 1963, Marcelin was arrested for attempted rape. The case was dropped after the victim did not show up to court, but laster on that year Marcelin would be convicted of shooting his then-girlfriend, Jacqueline Bonds, inside their Manhattan apartment. He was sentenced to 20 years to life and was paroled in 1984. After his release, he went on to stab another female sexual partner to death, stuffing her corpse in a garbage bag and then dumping it on the street near Central Park.

Marcelin was arrested in 1986 for the second slaughter, but released from prison in 2019, once again on parole. According to the New York Post, at the time, he allegedly told a parole officer that he had “a problem with women.”

Marcelin is now being held without bail on Riker’s Island. According to the Daily Mail, Marcelin is being represented by Legal Aid.

While it is unclear when Marcelin began identifying as a woman, in January 2022, New York Governor Kathy Hochul proposed a policy which would allow trans-identifying male inmates to be transferred into women’s prisons on the basis of a self-declared “gender identity.”