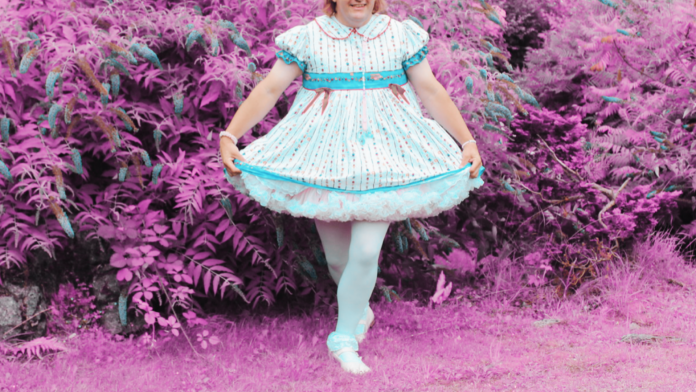 A 46-year-old man has pleaded guilty to abusing two children by forcing them to entertain his fantasy of being a three-year-old girl named ‘Molly.’ Simon Cunningham of Helensburgh, UK, also sexually assaulted one of the children.

One of the offenses continued over the course of almost a decade, while the second was committed intermittently across a period of seven years, as reported by the Helensburgh Advertiser. Though the abuses were long-term, how Cunningham had access to the children – and whether or not he was related to them – has not been concretely revealed, likely in an attempt to protect the identity of the children.

Dumbarton Sheriff Court heard last week that Cunningham repeatedly dressed up as a child in the presence of the two victims, including wearing adult diapers and providing the victims with pacifiers and baby bottles. He would shout offensive remarks at the children, and told one of the children he was an “adult baby.”

Cunningham also offered diapers for the children to wear and sent them text messages describing his experiences of dressing up as “Molly.” He would also make references to standing in front of the child in a soiled diaper, asking them to buy him new ones.

A second charge stated that Cunningham made another child wear diapers while they slept, to which he also pleaded guilty.

That charge noted that Cunningham “expressed disappointment” when the child did not soil their diaper, and accused the child of wasting his money by not doing so.

According to the charge admitted by Cunningham, when dressing up as three-year-old ‘Molly,’ he would don a “baby-girl style dress, wig and accessories in form of a bottle and dummy.” He would then coerce the child into putting on a diaper and watching cartoons with him while he pretended to be a toddler.

Cunningham pleaded guilty to a third charge with regards to sexually assaulting one of the two children between 2014 and 2016 by “forcing them to remove their lower clothing, putting a cloth over their naked lower body, and touching them on the body in order to put a nappy on them when there was no need,” according to the Helensburgh Advertiser.

Sheriff Maxwell Hendry, speaking to Cunningham’s legal representative Kenny McGowan, said of the child victims: “The [social work] report tells me that it is likely to have caused psychological trauma, the extent of which is unknown.”

Cunningham was placed on a sex offender registry, but sentencing has been deferred until May.