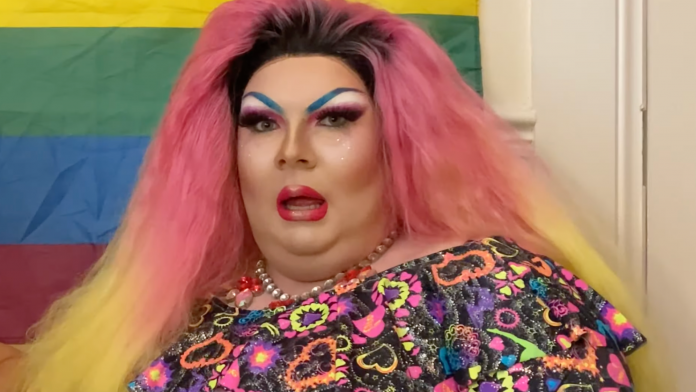 A drag queen who performed under the name ‘Miss Rachel Rear’ has appeared in court on charges related to the possession and production of indecent and prohibited images of children.

Andrew Duncan, 24, is facing multiple counts related to 17 pieces of child sexual abuse materials he was found with. Some of the materials were media of real children, and others were illegal fantasy depictions of children engaged in obscene, pornographic acts.

Among the photographs found on Duncan’s devices were some classified as ‘Category A’ — the most serious type. Images and video in this category can depict penetrative sexual activity, bestiality, and/or sexual sadism involving children.

Duncan is alleged to also have been in possession of and produced child sexual abuse materials via digital means, otherwise known as a “prohibited image.” In the United Kingdom, prohibited images are non-photographic media created by computer generation, cartoon, or drawing which feature pornographic and obscene depictions of children.

During his hearing at South Tyneside Magistrates Court on October 15, Duncan was granted unconditional bail, allowing him to live freely in the community until his next court appearance. He did not enter a plea on the three charges he is currently facing.

Duncan was well-known in Sunderland for his prolific performances as a drag queen, which included having appeared at Newcastle Pride in 2016, Drag World London in 2019, and various local venues and events on a regular basis. Performing as ‘Miss Rachel Rear,’ Duncan was previously awarded “Best in Show” at Newcastle Drag Idol in 2017.

In addition to his live performances, Duncan operated a number of social media accounts and produced YouTube videos on drag-related issues.

On his Facebook, Duncan also featured a photo of himself he noted was taken by Haydn Brown — an artist who previously photographed drag queens for a charitable calendar, the proceeds of which went to trans youth charity Mermaids.

Reduxx has seen a public Facebook live video made by another drag performer in which there are allegations made that Duncan has previously been accused of theft and sexual assaults against fellow drag artists, and that further reports have been made to the police about the alleged attacks.

The video creator stated that he made the video to address The Sunderland Echo’s coverage of Duncan’s court case, and to distance himself from and condemn Duncan’s behavior.

During the live stream, the performer noted that some in Duncan’s social circle had discovered a Twitter profile on which Duncan was alleged to have posted and retweeted pedophilic content. The discovery of the Twitter account was what prompted Duncan’s colleagues to report him to police, which ultimately led to his arrest and the charges being brought.

The Sunderland Echo has reported that Duncan’s next court appearance is at Newcastle Crown Court on Tuesday, November 8, 2022.