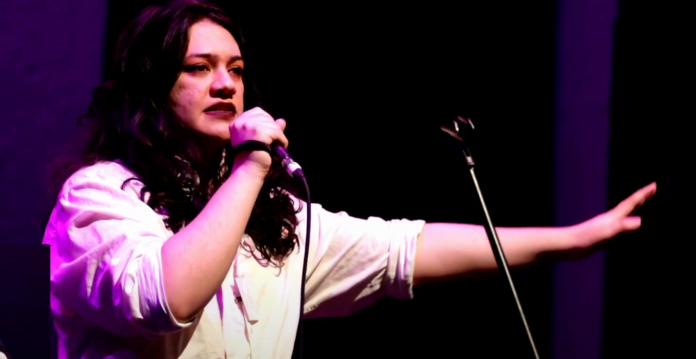 A disturbing video is making the rounds on social media showing a speaker at a publicly-funded “Queer Joy” event calling for the murder of “transphobes.”

On May 31, Twitter user Alexander Bramham uploaded a clip taken from a video originally posted on the LGBT Foundation Youtube channel on May 25. In it, Jova Bagioli Reyes, who identifies as a “Queer neuro-diverse Latinx,” is heard calling on trans people to “kill their murderers.”

The speech was made during the “Queer Joy and Radical Acts: Greater Manchester LGBTQ+ Arts and Culture Network Conference 2022,” which originally took place in February. This ongoing project and conference was supported using public funding by the National Lottery through Arts Council England.

On the LGBT Foundation site, a 2019 call for artists reveals Reyes would have likely been paid just over £2,250 (approx. $2,800 USD) for his performance at the event.

In the full version of Reyes’ speech, he first gives a “trigger warning” before discussing the idea behind a song he had conceptualized centered around a fictional “Latinx trans woman” named Rosa who is killed before coming back as a ghost to kill the murderers.

“Because that’s what we’re about,” Reyes then exclaims, “Kill transphobes 2022!” With his comment being met with some applause and cheering from the live audience.

In his thread on the clip, Bramham stated that this wasn’t the first time he had personally witnessed calls for violence at publicly funded LGBTQ events.

“This is not isolated. Lobbyists given public money are inciting hatred against persons with [gender-critical] views protected under the UK Equality Act. At a @mcrartgallery conference I attended recently, organizer @jezdolan wore an ‘Exterminate TERFs’ badge, comparing feminists to a virus,” Bramham wrote.

In the replies to Bramham’s posts, many other users expressed concerns at the video, with some tagging the Metropolitan police to ask why Reyes had been allowed to call for violence.

I agree – @ace_national @ace_thenorth needs to explain why it is funding events and individuals stirring up hatred against, and advocating violence towards, people with beliefs which are protected under the Equality Act. @HENLEYDARREN – this can't go on.

Others noted that the overwhelming majority of trans individuals murdered were killed by male sexual partners, yet Reyes’ call for violence would disproportionately target women who are labeled “transphobic” for desiring single-sex spaces.

“Funny how the murderers of those handful of trans in the sex industry are actually men, yet the main ‘transphobes’ they’re inciting to murder are mainly women,” user Sashenka wrote in the replies, with another user echoing her sentiment in saying: “And the majority of that hatred is aimed at TERFs, aka women. So, calling for male violence against women, while carrying an over-run rainbow banner. Nothing changes except the pageantry.”

In the United Kingdom where the event was held, no trans-identified people were the victim of murder in 2021, as confirmed by Essex Police shortly after they raised a flag to “commemorate members of the transgender community who died as a result of anti-transgender hatred and violence.”

LGBT Foundation is a Manchester-based registered charity initially established in 1975. Their website states that they “exists to support the needs of the diverse range of people who identify as lesbian, gay, bisexual and trans.”

In January, the organization announced that they were severing all ties with the Equality and Human Rights Commission (EHRC) after the EHRC called for “more detailed consideration” on the proposed reforms to the Gender Recognition Act in Scotland.