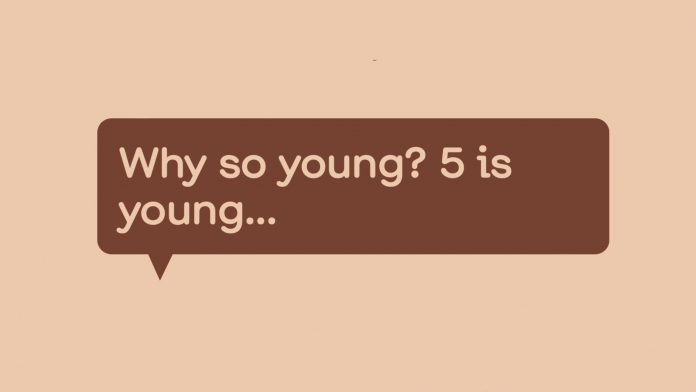 ThisEgg, a production company run by Josie Dale-Jones, is set to put on The Family Sex Show at the Royal Theatre in Bath, United Kingdom this coming May. The show is being run as part of the Theatre’s “incubator program,” a creative center within the facility intended to support projects aimed at young people.

The Family Sex Show’s website boasts that it’s a performance intended for parents and children about “exploring names and functions, boundaries, consent, pleasure, queerness, sex, gender and relationships,” and that it seeks to provide “intersectional, feminist, non-binary, anti-racist & sex-positive take on Relationships and Sex Education.”

ThisEgg states that the age suitability for the show is 5+, asserting that “sexual development and behavior in children starts from birth.”

While a pre-show document detailing precisely what will be occurring isn’t available yet, the FAQs write that there will be nudity during the program.

“There is nakedness, yes. At one point in the show, everyone on stage takes their clothes off to the level they feel comfortable to. For some people, that’s taking off all of their clothes and being completely naked. For other people that means taking off bottoms but leaving underwear on, for others it’s not taking off anything at all. This moment last approximately five minutes.”

As news of the upcoming production spread like wildfire on social media today, many users expressed outrage at the concept.

“I’m sorry but I am going to say it. This reeks of grooming. I’m horrified… 5 year olds… this can’t go ahead,” one Twitter user wrote in reply to a post putting the production on blast by journalist Sonia Poulton.

Another user tweeted, “Can I please vote for bringing back shame, thanks!” in response to The Family Sex Show’s claim that it sought to “imagine a future where there is no shame.”

Many mothers and women’s rights activists took particular issue with what they called a “safeguarding nightmare.”

One user looked into the show’s claim about its appropriateness for children aged as young as 5, writing that the guidelines the show was pulling were from the National Society for the Prevention of Cruelty to Children (NSPCC) — a UK-based children’s charity.

Of the guidelines, user Kelly White wrote: “… suffice to say, the NSPCC’s definition of children exploring sexualized behavior is weird [as f*ck] to me!”

White posted screenshots from the NSPCC’s website showing the organization’s description of the allegedly “sexualized behavior” displayed by young children, which included things such as play-relationships and hand-holding.

“Asking questions, mimicking and repeating things they’ve seen and heard is pretty much what kids do all the time,” White tweeted, “how this connects to ‘children displaying sexualized behavior’ if they hold hands, pretend they’re [boyfriend] and [girlfriend] or what have you doesn’t make sense to me.”

The Family Sex Show is being held from May 23 to 27, and is receiving funding from the Shoreditch Town Hall and National Theatre Studios.