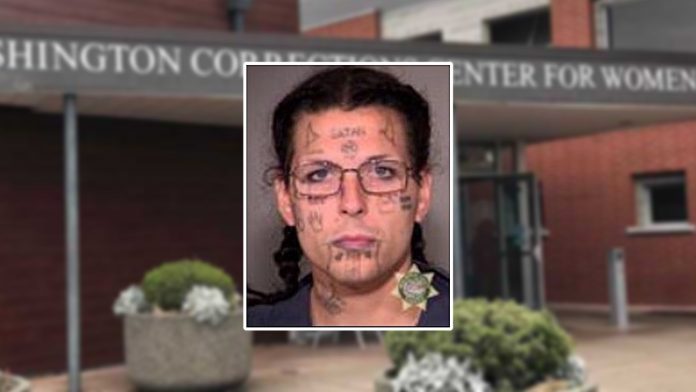 A trans-identified male inmate with a history of violence against women has been given ‘gender affirming’ breast implants while imprisoned in a women’s prison in Washington.

Goninan murdered Franklin by strangulation just hours after being released from prison in 2007. Her body was found beneath an underpass in Bellingham, Washington, and a forensic examination revealed signs she had been sexually assaulted. Goninan was convicted on second-degree manslaughter charges.

In 2009, while serving his sentence for Franklin’s death, Goninan was charged with attempting to break out of prison with another inmate.

While it is unclear when Goninan was transferred to a women’s prison, in 2017 he launched a lawsuit against the Washington State Department of Corrections citing discrimination on the basis of his ‘gender identity,’ and demanding access to ‘gender affirming’ surgeries. The ACLU entered the complaint in support of Goninan in 2018.

On June 20, a whistleblower employed at the Washington Correctional Center for Women (WCCW) spoke to National Review and revealed Goninan had successfully undergone breast augmentation surgery while incarcerated. The correctional officer, who was not named due to concerns over professional repercussions, noted that Goninan had recently been escorted on a medical leave from the prison to get breast implants.

The officer stated that three members from the prison’s specialty emergency response team took Goninan to Spokane, Washington for an appointment prior to the surgery, and then to Gig Harbor to undergo the procedure.

“One of the members told me they drove hours for a ten-minute appointment. Then they had to take him again for his surgery and he recovered at Airway Heights Correction Center,” the whistleblower explained to National Review. Despite having the ‘top’ surgery, the anonymous officer did confirm Goninan is fully intact, and is regularly noted as engaging sexually with female inmates.

Goninan currently has a profile listed on Caged Ladies — a dating and pen pal website for female inmates. His profile photo shows he has extensive facial tattooing and describes himself as a “tattoo artist.”

WCCW has had multiple disturbing male transfers either presently incarcerated at the institution or recently released.

Yolanda Sapp, 26, Nicki Lowe, 34, and Kathleen Brisbois, 38, were all murdered with a gun and their naked bodies were found disposed near the Spokane River.

Perry initially avoided suspicion following the heinous murders, and fled to Thailand in 2000 to undergo gender reassignment surgeries, after which he successfully concealed his identity for years. It wasn’t until a 2012 DNA test following a conviction for illegal firearms possession that Perry was forensically connected to all three women’s murders.

While Perry was only convicted of the three murders, he claims to have killed nine prostituted women total. In 1998, during a prison stint for an unrelated charge, Perry allegedly told a fellow inmate that he wanted to kill prostitutes “because [he] couldn’t breed and the women had the ability to have children [but] they were wasting it being “pond scum.”

In December 2021, a female ex-inmate at the WCCW anonymously came forward and reported that the institution had been experiencing a wave of sexual assaults on vulnerable female inmates by trans-identified males who received transfers to the facility after identifying as female.

One such assault was committed by Princess Zoe Andromeda Love, a biological male with a criminal history that included the rape of a 12-year-old girl.

Love reportedly sexually assaulted a developmentally disabled female inmate just prior to his release. According to a former correctional officer at WCCW, many of the files associated with the incident were “erased” from the system.

Speaking to National Review in November of 2021, Scott Flemming noted that the relationship between Love and the female inmate had been described by the witnessing officer as one of “predator-victim” rather than “two inmates in love, after having consensual intercourse,” which is how it had initially been written off by the prison.

According to Flemming, the incident report on the interaction between Love and the female inmate had been “erased” from the system when the witnessing officer went to check on it one month after submitting it. Flemming noted that it was likely “part of a coverup” as the Washington Department of Corrections faced a lawsuit barring the release of information on inmate gender identity following the first whistleblower’s initial appearance on the radio program in May of 2021.