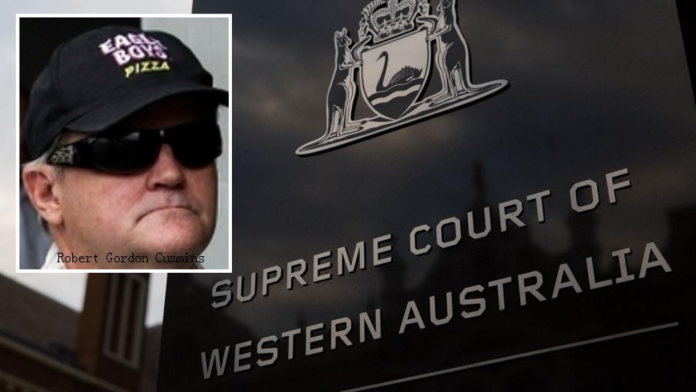 A serial pedophile estimated to have committed over 1,000 sex crimes against children has had his community sentence relaxed following his transition to “female.” On November 16, a Supreme Court of Western Australia judge said that the medications taken by Robert Gordon Cummins, 56, provide “a protective factor” and that he could “successfully self-manage the risk of offending.”

Cummins has an extensive history of horrific sexual offenses, the overwhelming majority of which were against children. His first conviction took place in September of 1997, when he was found guilty of indecent assault. For this, he was fined $3,000 and did not receive a prison sentence.

In December of 1999, Cummins was convicted on three counts of indecent dealing with a child under the age of 13 years. He was sentenced to 2 years imprisonment.

Once released, Cummins immediately began to sexually abuse a girl he was related to who was between the ages of 6 and 8 at the time of his abuses. In June 2002, he was found guilty on four counts related to crimes against that child. Cummins was sentenced to a total effective sentence of 8 years imprisonment.

Earlier that year, at the age of 36, Cummins had married a 17-year old girl. Forensic psychiatrist Dr. Gosia Wojnarowska, a mental health consultant to the Department of Justice, described this relationship as a substitution for “a female child that he never stopped fantasizing about” in a 2008 assessment of Cummins.

In June of 2009, the serial pedophile was convicted of one count of possessing child pornography and sentenced to 12 months imprisonment. Two years later, Cummins was detained awaiting trial for conspiring to engage in sexual intercourse outside Australia with a person under the age of 16 years.

But even being in custody did not stop the disturbed predator from planning out his abuse against children.

Between July 2005 and September 2008, while incarcerated in Perth’s maximum-security Casuarina Prison for filming the abuse of his youngest victim, Cummins, along with two other men, devised a scheme to establish a child sex trafficking ring in Thailand upon their release.

The convicts intended to set up a doll-making business called “Little Angels” as a cover. Former teacher Mark Pendleton, 53, and Kenneth Bishop, 74, conspired with Cummins to employ low-income women from rural areas in order to gain access to their children.

In 2011, Cummins testified in the Perth’s Magistrate Court that he had first befriended Pendleton in a sex offender treatment program in Perth’s maximum-security Casuarina Prison. They began plotting to abuse vulnerable children after they were both relocated to Karnet Prison Farm.

After he was released on parole in 2008, Cummins became the “pipeline” for carrying out the plan, and began researching properties for sale and information about false passports while contacting Thai mothers whose children were being considered for potential abuse. Cummins also sent financial contributions to the impoverished women to build up their trust.

“The idea behind it was to assist them and become valuable to them,” Cummins told the court. “So they would allow me to do anything I wanted… Including sexual activity with the children.”

In phone recordings played during court proceedings, Cummins could be heard saying that the women he was most interested in employing would come from villages and ideally should be “more simple people.”

The recorded conversations between the men were “laden with jokes and sexual innuendo”, and referenced former pop star and pedophile Gary Glitter, according to news reports. Cummins told Pendleton that women had sent him photographs of their “lovely families,” which he explained to the court prosecutor was a reference to their children.

Cummins admitted he and Pendleton considered supervising an orphanage in order to “effectively convert it into a child brothel.” He stated, “From our point of view, we had discussed setting up an orphanage and having access to the children there for sexual purposes.”

In exchange for pleading guilty, testifying in court, and confessing to the plan, Cummins was handed a reduced sentence of two years and seven months. Despite the fact that authorities had uncovered their plot by tapping their phone lines, Supreme Court Justice John McKechnie ordered Cummins to be freed from jail on a recognizance release order, as he had spent 18 months in custody pending trial.

He was released the day after the trial ended in September 2012, despite the court having been told that Cummins was estimated to have committed 1,000 sex crimes against children during the course of his serial abuses.

In 2014, Cummins, then 49, was spared yet another jail sentence for a historical sexual offense he admitted to committing against a 12-year-old girl. The sentencing decision was made on the basis that his use of “anti-libidinal drugs” had deprived him of his sex drive.

Western Australia District Court Judge Michael John Bowden sentenced Cummins to 12 months in jail, suspended for 18 months, on the provision that he comply with a supervision order.

“It really is the fact that the chemical medication seems to have deprived you of any sex drive that leads me to deal with this case in the manner in which I am going to deal with it,” he said.

Judge Bowden added, “The offense is so serious that imprisonment is the only appropriate disposition but it does seem to me that I cannot say that a suspended sentence in the circumstances would be wholly inappropriate.”

In 2018, general practitioner Dr. Wynn Owen recommended that Cummins’ chemical castration treatment be halted out of concern over its side effects. Cummins had been taking cyproterone on an intermittent basis since 2004, and on a regular basis since 2012. However, medical reports revealed that once he stopped taking the antiandrogen, he experienced a “floodgate return of sexual thoughts.” The same report detailed how he feared he “would have progressed to snatching a child.”

In 2019, Cummins was diagnosed with “gender dysphoria” and began to self-identify as a woman. Court records note that he had “formed a platonic relationship with another transgender female” around this time. Additionally, Cummins’ “interest was directed to gay pornography,” which “preceded the transitioning from male to female.”

The most recent ruling was in response to an application for an extension to Cummins’ supervision order, which was filed by legal representatives for the State. Concerns were raised that he remained a “high-risk offender” and should be monitored for safeguarding purposes.

Dr. Wojnarowska told the court that pedophilia is regarded as a lifelong condition, and a 2021 assessment was presented as evidence in court. “In my opinion, if [he] were to be taken off the order, [his] risk of sexual reoffending may escalate,” Wojnarowska stated.

However, she pointed out that hormone treatments carry considerable health risks and are not recommended for long-term use due to their effect on bone density and liver function. She therefore recommended surgery.

This opinion was supported by forensic psychologist Julie Hasson. Ms. Hasson recommended an orchiectomy as a means of “living as a woman and reducing [his] libido to protect against any concerns of future sexual offending in the event that [he] did not pursue gender reassignment surgery,” according to court records.

Justice Michael Corboy ruled that a new four-year supervision order be imposed with conditions including “testosterone suppressing treatment.” He noted that the diagnosis of gender dysphoria was “obviously a very significant event,” with his “transition” being “central to the issues” in his case. The judge added that the court should keep Cummins’ gender dysphoria diagnosis and transition “in mind” while considering his risk of re-offending.

Cummins was referred to with feminine pronouns throughout court records and proceedings. Media coverage similarly utilized ‘she/her’ pronouns for Cummins, as well as did not identify him directly or give an indication of the name he is currently utilizing.

Cummins’ case recalls that of a notorious American serial pedophile who was similarly released into the community after the court was told his transition meant he would be “less likely” to offend.

Joseph Matthew Smith, who also goes by the name Josie Maria Dunham or Josie Smith, made international headlines in 2020 after being released from prison after beginning a gender transition. Smith had been convicted of sexually assaulting an 11-year-old resident at Midwest Christian Services (MCS), a treatment facility for juveniles.

Due to his lengthy history of sex crimes, a pre-sentence psychological report was carried out. Smith told a state forensic psychologist he had molested as many as 15 children under the age of 13, the youngest being a 1-year-old baby. Due to his extremely high risk of re-offending, Smith was handed an indefinite prison sentence.

But after being diagnosed with gender dysphoria and beginning a hormone regimen, Smith was released, with officials claiming he was now at a lower risk of re-offending due to an altered testosterone level, and that he “no longer had the sex drive of a man.”

Smith was paroled in January of 2020 but by October of 2021, he had already violated the terms of his strict conditions by using an unauthorized electronic device and seeking out sex. Despite the violation, Smith was not remanded to custody, and was instead allowed to continue to live in the community.

Since his release, he violated the conditions of his parole twice by attempting to access child sexual abuse materials. Smith is currently incarcerated at the Newton Correctional Facility, which is a men’s institution with a special program for sex offenders in Jasper County.