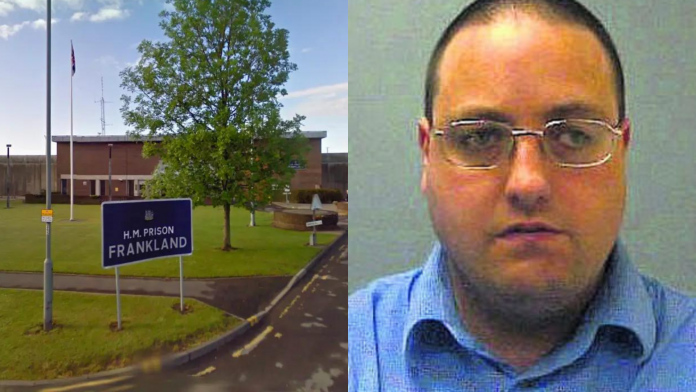 A transgender child rapist is being kept in segregation in a male prison after officials determined he was “too dangerous” to be sent to a women’s institution despite his legal gender change.

Marcia Walker, born Mark Walker, was sentenced to 13 years in prison for the 2003 rape of two young girls — one of whom was just 4 years old at the time. In addition to the assaults, he was also convicted on multiple counts related to the creation and distribution of child sexual abuse images.

Since his initial sentencing, Walker has received additional prison time for repeated bomb and death threats made against government officials and the prisons he has been incarcerated at.

Walker was released from prison in 2012, just 8 years into his sentence, and sent to a half-way house in Windsor. While there, he claimed there was a bomb in the residence, and was taken back to prison for his malicious hoax. After arriving, he called in a number of other death threats and bomb hoaxes, including one against then-Home Secretary Theresa May. In 2013, he was handed an additional 6-year sentence as a result of his violent threats.

In 2015, he would be given another 4 years time after making similar threats while incarcerated at Parkhurst prison, calling Crimestoppers and claiming there was a nail bomb in the parking lot, and a bomb at the Prison Governor’s home.

Two years later, Walker, suddenly identifying as a woman, made even more bomb threats while incarcerated at HMP Long Lartin, claiming it was due to a delay in getting “gender affirming” care. He was sentenced to an additional 5 years.

In 2021, Walker made headlines for assaulting prison staff after they confiscated multiple prohibited items from his cell at the maximum security Frankland institution in Durham.

Walker became enraged prison staff confiscated National Geographic magazines from him after they were found to contain naked depictions of children. Due to the violent threats he made, prison officers then objected to Walker having razorblades in his cell, concerned for the safety of staff and inmates. Walker then physically attacked a guard, claiming his “gender dysphoria” would be exacerbated if he was not allowed to shave.

Shockingly, Walker was not handed anymore time in custody for the assault, and was instead released into the community and sent to a halfway house in Surrey.

Despite claiming he had “real concerns” about Walker’s conduct, Judge Ray Singh stated he did not feel continued detention was in Walker’s best interest, and released him on a 15-month suspended sentence.

Barely one month later, Walker was arrested once again and sent back to prison for breaching the conditions of his release after seeking out images of naked babies in an Oxford bookstore.

Since being re-incarcerated, Walker has apparently attempted to seek transfer to a women’s institution on the basis of his legally-recognized “female” gender identity.

The Sun has revealed that prison administration is unwilling to transfer Walker due to the extreme danger he poses, and that he is instead being kept in total segregation in the high-security men’s facility.

An anonymous source at HMP Frankland spoke to the Sun and revealed that the male inmates are “furious” over Walker’s treatment, as the rest of the inmates must be kept locked in their cells while Walker is eating or bathing.

Using feminine pronouns for Walker, the source stated: “She has to be treated as a woman but cannot be moved to a female prison because she poses a risk. And, as she’s legally a woman, she must be kept apart from male inmates.”

According to Keep Prisons Single Sex, a UK campaign group focused on advocating for the single-sex rights of vulnerable female inmates, almost 100% of male prisoners who identify as transgender and who have a gender recognition certificate are held in the female estate. This includes inmates who have been convicted of serious sex offenses, and those with fully intact male genitalia.

It is currently unclear what is giving prison officials pause with Walker, as males convicted of similar heinous crimes have made their way into the women’s prison system — some of whom did not even have legal gender recognition.

Earlier this year, a serial pedophile without a gender recognition certificate was sent to a women’s prison, in what was a shocking move for many women’s rights advocates.

John Stephen Dixon, 58, sexually abused five girls and two boys between 1989 and 1996. The youngest of the victims was just 7 years old at the time. In 2004, Dixon began identifying as a woman named “Sally Anne.” In September, it was learned Dixon, who did not have a legal name or gender change, would be sent to the women’s facility at HMP Bronzefield.

Since being housed there, Dixon has already had to move wings after targeting an intellectually vulnerable female inmate.