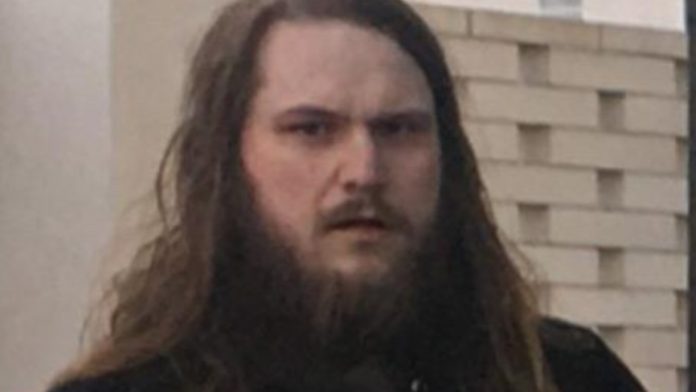 A Scottish man who repeatedly sexually assaulted a woman has been jailed for 23 months for his crime.

Laura Miller, a biological male who identifies as “gender neutral,” was sentenced at Inverness Sheriff Court in Scotland on February 11 after pleading guilty to the charge of sexual assault on the day his trial was set to begin.

As first reported in The Press and Journal, which uniformly referred to Miller by ‘they/them’ pronouns, the incidents took place in 2017 at a property on the Isle of Skye. Fiscal Depute Martina Eastwood told the Court that “on several occasions” Miller had sexually assaulted the woman while she was in a state incapable of giving consent.

On at least one occasion, Miller filmed himself while he was assaulting the woman. In the video, he is described as being seen “removing [his] victim’s clothing, exposing her private parts and touching [her] breasts.” He is also making vulgar sexual remarks of an offensive nature towards her. Details on Miller’s relationship to the woman as well as how he had access to her are currently unknown.

At sentencing, the defence attempted to argue that Miller was “somewhat settled” and in a stable living position with a partner and thus should be allowed to serve his sentence in a non-custodial manner. However, the Court noted that Miller had a previous criminal record and two past convictions resulting in imprisonment and his crime was “a matter of grave concern.”

Miller was ultimately sentenced to 23 months in jail, after which he will be required to remain on the sex offender registry for a period of 10 years.

Perhaps distressing for members of the public, Miller’s legal gender status and previous aliases are unknown and have not been reported, nor have the details of the past crimes he committed which the Court referenced at sentencing.

Additionally, according to Police Scotland policies, Miller’s crime may have been recorded as having been committed by a woman depending on how he self-identified at the time of his arrest.

In December of 2021, Harry Potter author JK Rowling brought international attention to Police Scotland’s self-identification-based recording, tweeting: “War is Peace. Freedom is Slavery. Ignorance is Strength. The Penised Individual Who Raped You Is a Woman.”

Despite the renewed outrage, the policies Rowling had been referencing have in fact been in place for many years. According to a 2019 statement from then-Cabinet Secretary of Justice Humza Yousaf, Police Scotland “require[d] no evidence or certification as proof of gender identity other than a person’s self declaration.”

Similarly, under current Scottish Prison Service guidelines, Miller would also be entitled to be sent to a women’s correctional institution, even if he has no legal documents demonstrating he has changed gender.