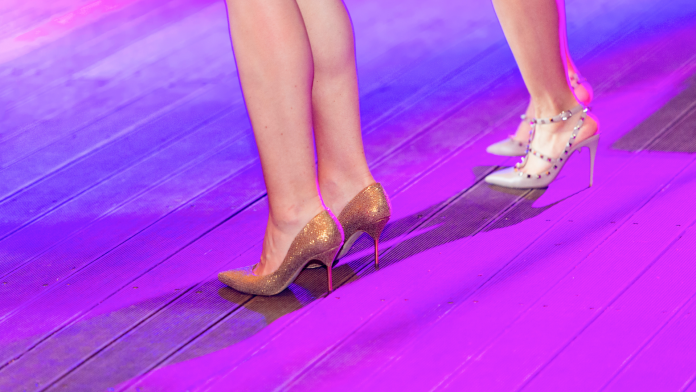 Berlin-based Trans*Sexworks, which describes itself as “a peer-to-peer support structure and network for and made up of trans and non-binary sexworkers,” has posted advertisements for counselling services targeting Ukrainian women who ‘need support/info on how to begin sex work in Germany.’

“We are now offering peer-counceling (sic) and support in Ukrainian, Russian and English for all sex-workers fleeing the war in Ukraine,” reads one post shared to their Instagram. “This offer is open to all sex workers regardless [of] gender identity (since we do not see any other offer for cisgender sex-workers) arriving in Berlin.”

The Instagram account refers readers to a trans-identified male who calls himself Gara Teaser, who shares photos of himself pole-dancing and posing in fetish gear.

One of Trans*Sexworks organizers, a trans-identified female who goes by Casper Tate, took part in a demonstration last year demanding that the government lift a ban on the sex industry put in place to prevent the spread of COVID-19. Protesters held signs with slogans such as “Blow jobs are better than no jobs,” and “Migration + Sex Work ≠ Trafficking.”

According to their website, Trans*Sexworks has received a government subsidy from the Federal Ministry for the Family, Seniors, Women and Youth with funds allocated for “model projects.” The department’s website defines a model project as initiatives which provide “preventive educational work with children, adolescents and young adults … support people’s commitment to democracy,” and prevent “extremism.”

Earlier this month, a Brazilian politician came under fire for sexualizing vulnerable Ukrainian women while on a humanitarian trip to the country. Arthur Moledo do Val, also known as Mamãe Falei, bragged about how “cheap” Ukrainian women were due to their economically precarious situations, and rated the attractiveness of the women in the refugee lines.

Human traffickers have previously abducted women and girls from conflict-affected areas in Ukraine for sex and labor trafficking, according to a 2021 U.S. State Department report. In addition, research from human rights bodies has consistently found that displaced, refugee, and migrant women and children are at an increased risk of human trafficking.

Recently, a charity worker helping refugees flee Ukraine told HuffPost UK, “I have seen numerous dodgy men standing on site for hours looking for victims. You can tell by the distant look in their eyes, they won’t look at you, but they are scanning the crowds of refugees for victims,” he added.

Anna Dabrowska, director of human rights at the NGO Homo Faber, said men at the border were approaching women with children offering them safe accommodation in Germany. When the women asked police for advice, the men would quickly disappear from the station.

“For predators and human traffickers, the war in Ukraine is not a tragedy,” Secretary-General of the UN António Guterres recently commented. “It’s an opportunity – and women and children are the targets.”