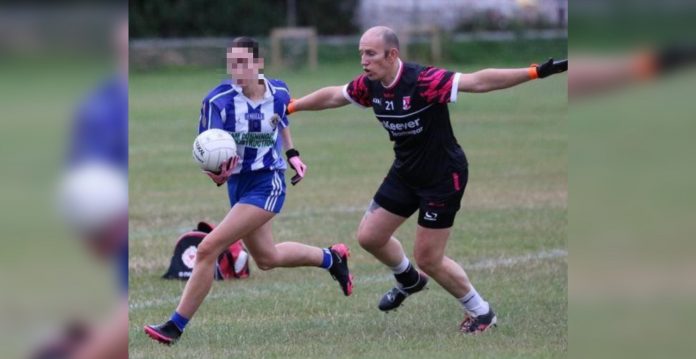 An Irish “LGBTQ+ Inclusive” football team beat out the female competition in the 2022 Junior J Shield Final, claiming a significant margin of victory in every placing that many attribute to the fact a biological male was on the team.

Na Gaeil Aeracha, which bills itself as Ireland’s “first explicitly LGBTQ+ inclusive” football club was forced to lock down its social media accounts following backlash as sport fans noticed one of the players appeared to be an older man.

Giulia Valentino, a male who identifies as a transgender woman, was playing against young women and girls in the Ladies Gaelic Football Junior J Shield tournament on July 27 and August 3 on behalf of Na Gaeil Aeracha. Photos from the event began to circulate on social media after sport writer Ewan MacKenna called attention to the results.

MacKenna posted a screenshot of Na Gaeil Aeracha’s policy on inclusivity from their now-private Instagram page in which the team reiterated that its players “may play at training or in a match for the team they best identify with, without restriction.” Another policy posted by the football club explicitly states that medical transitioning is not necessary. Curiously, the only restriction the club has is on non-binary players due to a lack of gender neutral competitions.

While MacKenna took no issue with Na Gaeil Aeracha itself, he noted that it was likely dangerous for a biological male adult to be playing against teenage girls.

MacKenna later replied to a user taking issue with his tweet calling out Na Gaeil Aeracha, stating: “I couldn’t and wouldn’t have tweeted about it if the club didn’t risk the health and safety of young girls and women in their pursuit of inclusivity.”

While Valentino’s exact age is unknown, in a 2021 panel interview he stated he had been playing sports for “over 30 years.” While he now lives in Dublin, Valentino is originally from Italy, and his LinkedIn states that he is presently employed as a program specialist for TikTok.

“I quit team sports when I started feeling uncomfortable with the male environment… Actually, I am playing rugby with a women’s team, and it is my first team experience after the transition,” Valentino stated during the panel.

Following MacKenna’s initial tweet, Na Gaeil Aeracha locked down its social media accounts as women’s rights advocates took the charge and called for the team to have their title removed for cheating.

Aja had only recently had her account restored on an appeal after being suspended for a tweet in which she defended the rights of women with disabilities to same-sex carers.

Valentino performs at fetish clubs under the moniker DJ Mav and identifies himself as a “trans dyke.”

Many of the photos on Valentino’s social media are of him in explicit fetish gear, or posing on stripper poles or in highly sexual venues.

Valentino was featured by The Everywoman Project in 2020, put on by The Stairlings Collective, a Dublin-based trans activist group. According to the Collective, the Project was “designed by young trans women to create a positive representation of trans people, to inspire confidence in others and to develop relationships with other members of their community.” His photo was projected onto the Collins Barracks Interior Courtyard as part of the Project.

“For all contact Rugby League … there will be a female-only category, in which players will only be permitted to play in the gender category of the sex that was originally recorded at birth,” the RFL said.

The RFU added that it also considered the merits of a case-by-case assessment process but it was no longer a viable option due to the “difficulties in identifying a credible test to assess physiological variables.”