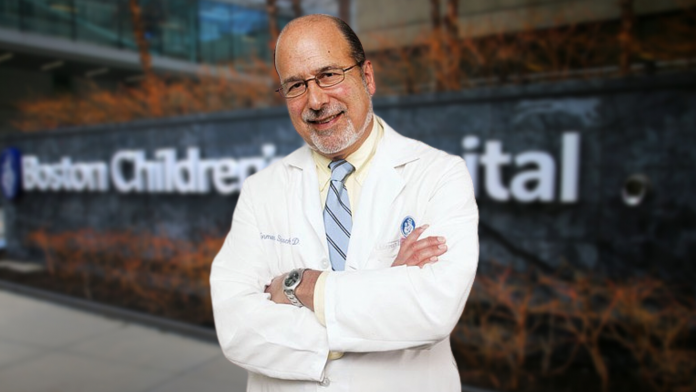 The co-founder of the pediatric gender identity clinic at Boston Children’s Hospital admitted to giving feminizing hormone therapy to a 13-year-old child during a lecture in 2013. This is just the latest in a slew of disturbing news coming from the clinic related to transitioning extremely young children.

Another video from the Hospital that sparked massive backlash featured Dr. Jeremi Carswell, the Director of the GeMS clinic, stating that children can “know that they are transgender from the moment they have any ability to express themselves,” and “parents tell us… they knew from the minute they were born.”

Many concerned commenters expressed disbelief at views espoused by medical professionals in the videos. But Boston Children’s Hospital played a crucial role in pioneering the use of drugs to halt children’s puberty in North America.

In a TED Talk lecture he gave in 2013, Dr. Spack talks of halting children’s puberty beginning as early as 10 years old.

“At the time that puberty begins, about age 10 to 12 in girls and 12 to 14 in boys… the child who says they are in the wrong body is almost certain to be transgender and is extremely unlikely to change those feelings no matter how anybody tries,” Dr. Spack said, while defending the practice of halting children’s puberty.

Dr. Spack described a program he called “12-16-18,” which refers to the ages at which children should enter various stages of medical transition.

“Around age 12 is when they give the blocking hormones,” Dr. Spack says, referring to clinicians in the Netherlands. He stated that cross-sex hormones could be administered beginning from 15 to 16 years of age, preparing a teen for genital surgery by the age of 18.

Dr. Spack went on to advocate for the necessity of prescribing puberty blockers and estrogen to young boys so that they can grow up to be “beautiful,” highlighting two instances in which he had done so. Dr. Spack tells of meeting “Jackie,” a 12-year-old male child from Britain, and placing him on estrogen by 13 years old.

Jackie’s mother, Susie Green, had sought out medical intervention for her child in the United States because it was illegal to do so for minors under the age of 16 in the United Kingdom. Incidentally, Susie Green has since become a prominent advocate for transitioning children in the UK, and currently serves as the CEO of controversial trans charity Mermaids.

During his TED Talk, Dr. Spack explained that in order to prevent Jackie’s growth, he decided to block the boy’s puberty and administer estrogen to Jackie beginning at age 13.

“We blocked [his] testosterone with a blocking hormone. But we added estrogen not at 16, but at 13,” Dr. Spack said. He then emphasizes that Jackie underwent “genital plastic surgery” in Thailand when he was 16 years old, again due to the illegality of the procedure for minors in the United Kingdom.

During the TED Talk, Dr. Spack also notes another one of his young patients, Nicole Maines, who he placed on puberty-blocking drugs at the age of 11. Maines then started estrogen at 14.

In addition to providing cross-sex hormones to young boys, Dr. Spack has taken credit for pioneering the medical practice of halting puberty in children in the United States. Speaking on halting the natural development of children aged 10 to 14 years old, Dr. Spack said, “I brought some kids in… and this now became the standard of care, and [Boston] Children’s Hospital was behind it. We started a program in 2007. It became the first program of its kind in North America.”

This claim is reiterated on the TED website, which, in a biography detailing Dr. Spack’s work, asserts that Boston Children’s Hospital “remains one of the few in the world that treats minors with hormone replacement therapy.”

In 2015, Dr. Spack wrote an op-ed for The New York Times titled Transgender Surgery at 17 May Avoid Serious Problems Later.

“Genetic boys could have surgery at 17, especially if they are going to college, since the months of necessary post-operative care are best done at home. If genetic girls who identify as male have very large breasts, mastectomies could even be done at 14,” wrote Dr. Spack. He has also separately asserted that children as young as 2 years of age can understand their gender identity.

Boston Children’s Hospital recently pulled videos which appeared to promote the surgical transitioning of teens and children in response to intense criticism which followed public awareness of their services.

The fact-checkers at Politifact asserted that it was “inaccurate” to suggest that Boston Children’s Hospital had endorsed or performed so-called sex reassignment surgeries on minors. In the same article, Politifact points out that Boston Children’s Hospital follows the Standards of Care (SOC) recommended by the World Professional Association for Transgender Health (WPATH).

Boston Children’s Hospital had, according to their website, already been recommending genital surgeries for teens aged 17, but quietly updated the medical standards following intense scrutiny.

An academic article published in March of this year further corroborates evidence that Boston Children’s Hospital has performed genital surgeries on under-18’s.

“A Single Center Case Series of Gender-Affirming Surgeries and the Evolution of a Specialty Anesthesia Team,” published by the Journal of Clinical Medicine, states that “there is growing support for improved access to gender-affirming surgical care at pediatric institutions,” and specifically names Boston Children’s Hospital as one of the providers.

“The Center for Gender Surgery (CfGS) at Boston Children’s Hospital (BCH) was the first pediatric center in the United States to offer gender-affirming chest surgeries for individuals over 15 years old and genital surgeries for those over 17 years of age,” reads the paper. “In the four years since its inception, CfGS has completed over 300 gender-affirming surgeries.”

In response to the backlash, the Boston Children’s Hospital released a statement asserting the criticism was based on a “false narrative,” and that they did not perform hysterectomies on females under the age of 18.