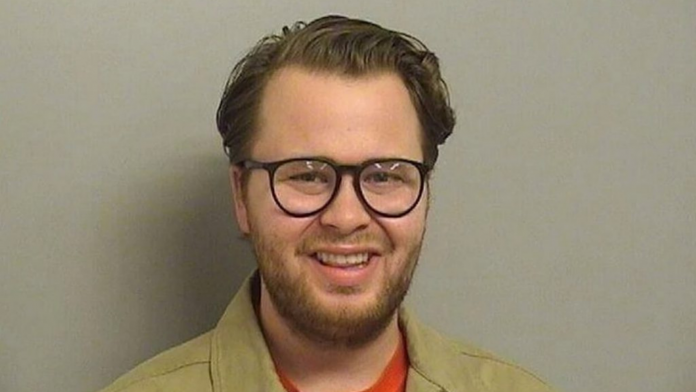 A man facing murder charges abruptly declared he was transgender, and was subsequently moved to a women’s facility. Alex Ray Scott, 26, is currently awaiting trial for the killing of Kenneth Savinski, 64, whom Scott allegedly met on a dating app.

As first reported in The Daily Mail, Scott appeared in court on Wednesday, May 18, with notably altered appearance and was referred to with female pronouns by his attorney for the first time since his arrest.

Scott was initially booked as a male on the charges of murder, grand larceny and criminal possession of stolen property. But New York Department of Corrections records now list Scott as “female,” and state that he is being held at the Rose M. Singer Center (RMSC), a Rikers Island detention facility reserved for female adults and adolescents.

Scott is being held in connection to the murder of 64-year-old antiques dealer Kenneth Savinski. On January 27, 2020, Savinski was found dead in his New York City apartment, with neck wounds and a deep gash in his head. A friend had visited Savinski’s home to check up on him when he discovered the other man’s body.

Police had believed Savinski’s death may have been an accident, but closer examination demonstrated his wounds were the result of an attack.

Two days after the body was found, Scott allegedly walked into a Manhattan police station covered in blood, saying, “I think I may have killed someone last night.”

According to The New York Daily News, Scott was caught on camera walking out of Savinski’s apartment building, wearing the victim’s black jacket and counting money with noticeable hand injuries.

Scott then allegedly used Savinski’s credit cards to pay for a hotel room in New Jersey, where he awoke the following day, covered in blood with little recollection of what had happened the night before, according to the Daily News. Scott was in possession of the victim’s driver’s license and three of his credit cards when he was taken into custody.

In addition to the charges related to Savinski’s murder, Scott was previously arrested in his hometown of Tulsa, Oklahoma, in October 2018 on three counts of lewd molestation of a child.

He was released on bail July 2019 and required to wear an ankle monitor. It was during this investigation that Scott relocated to New York. Court records show several occasions when Scott failed to appear for his hearings, and in September 2019, it was noted that Scott had left the state.

In January of 2021, court records show that Scott was neglecting to use his monitoring device correctly and avoided uploading information on his whereabouts.

Though Scott’s attorney, Jessica Horani, declined to comment on the case, The Daily Mail noted that she called Scott “Miss” and used feminine pronouns when speaking about him during the hearing.

Scott has pleaded not guilty to all charges in the case, and has now been held without bail for more than two years.

Media outlets covering the trial have begun uniformly referring to Scott as a ‘woman’ and utilizing ‘she/her’ pronouns to address him.

The women’s facility where Scott is now being held, Rose M. Singer on Rikers Island, was recently the subject of widespread outcry after it was reported that a trans-identified male transfer had raped a female inmate.

Ramel Blount, 33, approached a woman in the bathroom at Center on February 8, 2021. The victim had just finished showering when she was grabbed by her neck, held down, and sexually assaulted. Blount was convicted on lesser charges of attempted rape in April after accepting a plea deal, and was sentenced to 7 additional years in prison.