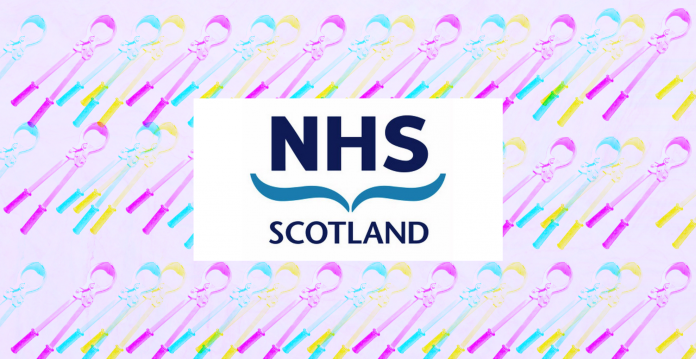 While the National Health Service (NHS) in Scotland is under fire for uploading a document to its website which recognizes ‘eunuch’ as a gender identity, news outlets have overlooked the considerable amount of child sexual abuse fantasy materials produced by a source listed within the draft, as well as its connection to a number of prominent academics.

The paper, which was a draft version of the eighth revision to the Standards of Care (SOC) by the World Professional Association for Transgender Health (WPATH), claims that “eunuch-identified people” are the “least visible” gender minority group and they would benefit from “gender affirming medical care.”

Following massive public outcry, the document was pulled from the NHS’ website. Susan Smith, of the For Women Scotland campaign group, told The Telegraph: “We are disgusted that NHS Scotland thinks that it is appropriate to align with any organization pushing ‘eunuch identity’, let alone host a paper about it on their website. This is a barbaric practice which, for centuries, was used to demean and abuse young men and boys.”

WPATH’s draft SOC Eunuch Chapter provides a URL to the Eunuch Archive, which it cites as a reference to justify the inclusion of eunuchs as a gender identity. Several media outlets which have reported on the NHS’ publication of the WPATH draft document have alluded to sexually explicit content on the Eunuch Archive site which features children.

The Telegraph reported that the website includes “graphic and sexually explicit fictional descriptions of child eunuchs,” and The Daily Mail stated that the site “reportedly hosts a catalogue of disturbing fetish stories, some of which feature children.”

The existence of a private, password-protected area of the site was revealed in an exclusive investigation published by Reduxx in May. The area is accessible after an application process has been completed, and hosts over 3,700 stories that have been tagged as depicting the explicit written sexual abuse and genital mutilation of children. Within the password-protected area, ‘minor’ is the third-most popular tag, and among the other tags are ‘minors having sex’, and extreme, violent tags such as ‘snuff’ and ‘rape.’

The fictional pornography is populated by members of the Eunuch Archive community. Narratives revolve around children with stunted puberty being sexually assaulted by doctors, as well as children being castrated and sex trafficked. Some of the story’s titles are, ‘Confession of a Pedophile,’ ‘Age of Consent,’ and ‘The Nazi Doctor.’

In addition to unearthing the child sexual abuse fantasy materials, during the course of the investigation Reduxx was able to identify three academics who have been leading participants in the Eunuch Archive forum for over two decades.

Drs. Thomas W. Johnson, Richard Wassersug, and Krister Hildahl Willette have published research aided by their participation in the Eunuch Archive, and presented the perspectives of ‘eunuch identified people’ at official WPATH conferences.

After speaking with his institution, Reduxx discovered that Johnson, a Professor Emeritus at the University of California in Chico, was still extremely active on the campus. He recently gave a talk on “expanding the transgender umbrella” at the University.

Wassersug, who was was an Honorary professor in the Department of Cellular and Physiological Sciences at the University of British Columbia, has used the moniker ‘EunuchUnique’ on the site for over 20 years; and Willette, who studied Medical Sciences at Ohio State University, was involved in the Usenet newsgroup prior to the site’s foundation in 1998.

In 2016, Johnson claimed to have been specifically chosen to rewrite a portion of the current draft Standards of Care by former WPATH president Eli Coleman, who “pointed at me and announced that I was expected to provide input on eunuchs for the revision. Now is our opportunity to help devise the standards of care that will be most helpful,” wrote Johnson. In addition, he invited community members to contribute ideas and feedback.

Johnson has also claimed to have been involved in editing the fifth and most recent edition of the Diagnostic and Statistic Manual for Mental Disorders (DSM-5), issued by the American Psychiatric Association and used to diagnose mental conditions. The DSM is regarded as the authoritative guide to the diagnosis of mental disorders in the United States, but is also referenced internationally.

In 2010, Johnson posted to the forum detailing how WPATH authorities had come to perceive the term “gender identity disorder” as outdated. He was in attendance at a 2009 meeting in Oslo, where there was consensus to implement the term “gender dysphoria” in the subsequent edition of the Standards of Care. Linguistic alterations to the DSM-5 were also mentioned.

“The draft for the next edition of the Diagnostic and Statistical Manual of Mental Disorders (the DSM-5) suggests ‘Gender Incongruence,’ which I much prefer,” Johnson wrote. “The body and mind are out of sync, with no mental illness implied!”

Willette and Johnson both were invited by WPATH in 2009 to speak on “The Development of Standards of Care for Individuals with a Male-to-Eunuch Gender Identity Disorder” at a conference in Oslo. In May 2010, the contents of the Oslo lecture were published in The International Journal of Transgenderism, an academic journal issued by WPATH. The report sources surveys conducted with the participation of members of the Eunuch Archives.

“A large number of men with gender dysphoria who desire to be emasculated do not fit the classical pattern of MtF transsexualism,” reads the abstract. “They loathe their manhood, but do not identify as, nor wish to be, female. Instead, they seek castration to become something outside the binary sexes.”

According to Johnson’s own research sourced from the Eunuch Archives, the majority of site members who participated in a survey cited sexual fantasy as their main reason for interest in castration. Some survery participants asserted that they became sexually aroused when witnessing animal castration.

For nearly two decades, the Eunuch Archive has hosted an annual “Meeting of Members.” The event is held in Minneapolis, Minnesota, Willette’s area of residence, and is co-hosted by Willette and Johnson.

Minneapolis is also where WPATH’s headquarters were based for years, and is where former WPATH president Eli Coleman currently lives and works as the Director of the Institute for Sexual and Gender Health at the University of Minnesota. Coleman served as a lead chair overseeing the most recent updates to the WPATH Standards of Care.

According to The Scotsman, Susan Buchanan, the director of National Specialist Services Division Scotland, said an investigation would take place immediately into how the document was uploaded on to The National Gender Identity Clinical Network for Scotland (NGICNS).

It is unclear at this time whether the concern on the part of health authorities arose over the fact that the draft document stipulates it is not intended for distribution, or if NHS representatives are responding to the connection between the source material and the fetish forum.