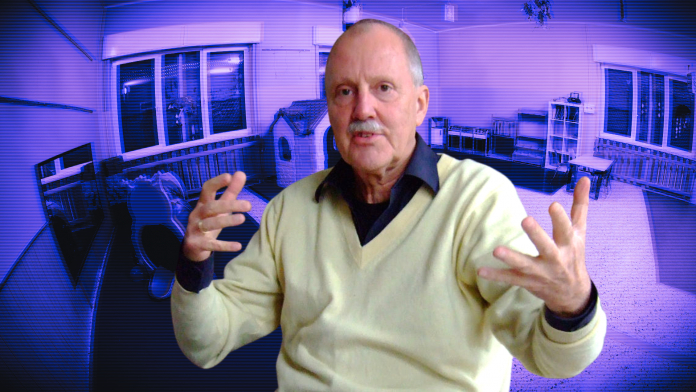 A gay rights organization in Berlin, Germany, is set launch a new pilot program next spring by opening two daycare centers with a special focus on providing the children education on LGBT issues. But disturbingly, an academic with a lengthy history of normalizing pedophilia is one of three people on the board overseeing the organization.

Earlier this year, Berlin’s Gay Counseling Services (Berliner Schwulenberatung), an LGBT rights group which has been serving the gay community for 40 years, announced it would be launching a “diverse” living space in Berlin’s Südkreuz area in 2023.

Roughly translated to the “Diverse Living Place,” the complex will host 69 apartments, a dedicated geriatric facility, a restaurant, and more — all of which will aim to provide “multigenerational housing for homosexual, bisexual, transsexual and intersex (LGBTI*)” people. The stated goal of the initiative is to create a space where residents can live “without fear of exclusion due to sexual or gender identity.”

In addition to living quarters and common areas, the Place will also have two daycare centers to accommodate approximately 90 children in total. The daycare facilities will have a specialized focus on LGBT education.

“Many schools and daycare centers still struggle to educate when it comes to homosexuality, transsexuality, and intersex with respect with children,” the daycare’s about page reads, “We want to change that now.”

It continues: “The topic of LGBTI* is not a subject that is only for adults. Everyone is responsible for one’s own identity, own wishes and ideas about life, love, friendship and partnership, even the smallest among us.”

The concept for the daycare pilot program was coordinated with Berlin’s Senate Department for Youth, Education and Family.

Disturbingly, one of the members of the board overseeing and sponsoring the Gay Counseling Services and their project is Rüdiger Lautmann, a German sociologist and gay rights advocate who has a lengthy history of normalizing pedophilia.

Lautmann is a former professor at the University of Bremen, where he taught from 1971 to 2001. Most notably, Lautmann authored a book titled The Lust for Children: A Portrait of Pedophiles. The book is based on his interviews with 60 men who admitted to sexually abusing young children, primarily boys.

“They really love the children, read their every wish, organize trips, buy toys and are only comfortable around children,” Lautmann says of the 60 pedophiles he interviewed.

Released in 1994, the book became popular with pedophiles for its sympathetic portrayal of adult attraction to children, which Lautmann described as a sexual orientation, and its repeated assertions that children are capable of sexual autonomy.

“For me, it is is very clear that there do exist relationships that do not require any intervention,” Lautmann wrote, “The children cling to their lovers, and can leave them any moment if they choose.”

In his book, Lautmann seeks to categorize what types of children pedophiles are attracted to, and conducted in-depth surveys of pedophiles on the characteristics, body types, and personality traits they most desired.

He features dozens of direct quotes from the pedophiles he interviewed graphically describing the sex acts they performed with the children they abused, some as young as 4 years-old.

“Even with a four-year-old something can happen,” Lautmann writes, “The pedophile, of course, wants his penis to be stimulated manually or orally. Only rarely will the children comply with this.”

Lautmann describes cues for “childish consent,” and suggests that pedophiles do not use force to secure compliance from children, but instead allows them to lead sexual activity.

“The vast majority of the encounters described appear to be based on consent,” Lautmann writes, prefacing descriptions of child sexual abuse by his interviewees. He also rejects the “prevailing line,” which he describes as an “unsatisfactory” argument that children are incapable of giving consent, stating that it is “based on deductions from normative foundations.” Lautmann also accuses “campaigns against child abuse” of “profiting” from the “strictness and simplicity” of current laws.

“Excited and attractively dressed, these little people – not to mention all their other qualities – embody something of the sensual side of our world; at least that’s how children are staged today,” writes Lautmann. “Pedophilia brings out something that no one wanted, but which objectively follows from the desire to beautify childhood.”

In 1995, Lautmann repeated the thesis of his book in an article for Pro Familia, a leading NGO which provides resources on sexual health. In Pro Familia’s official magazine, Lautmann’s article states: “Our study defines the term pedophile, distinguishes it from incest, abuse and sadism. We prove that such men exist. The thesis is therefore: The desire for a child is an independent and differentiated sexual form. Pedophilia is therefore a sexual orientation like any other and no longer a perversion.”

Eventually, Lautmann was forced to distance himself from his work after facing tremendous backlash. But he continued working closely with other prominent figures in the push to normalize pedophilia as an oppressed sexual orientation.

Beginning in 1969, Kentler’s project had placed foster children in the homes of pedophiles in an attempt to test his theory that pedophiles could make good foster fathers. Kentler had theorized that the pedophile’s attraction to children would result in a strong drive to take care of them.

“These people were able to put up with these [mentally] retarded boys only because they were in love with them, infatuated with them, crazy about them,” Kentler explained in 1970.

He also suspected the children would develop meaningful, loving relationships with their pedophile foster fathers, and would not experience any negative consequences if sexually abused by them.

Kentler’s project was approved by the Berlin Senate, and the pedophile foster fathers received monthly allowances from the government to care for the orphaned children.

Lautmann was also involved in a 1979 motion calling for the deletion of Section 176 of the German legal code, which would effectively eliminate the age of consent — a political goal that was supported by Kentler.

In 2008, Lautmann wrote Kentler’s obituary for the Humanist Union (HU), the board of which he sat on at the time. The Union describes itself as an “independent civil rights organization,” but had maintained coordination with a working group on human sexuality which explicitly advocated for the legalization of adult-child sex.

In addition to serving in a leadership position for the HU, Lautmann was a member of the pedophile lobbying organization Humane Sexuality Working Group (Arbeitsgemeinschaft Humane Sexualität, AHS), a research project which pushed the narrative that “pedosexual contacts” could be “consensual” despite the age and power difference between a child and an adult. Lautmann published for the magazine, advocating for a legal separation between sex offenders and pedophiles. The HU only officially distanced itself from the AHS in 2004 following concerns over optics.

Lautmann has often warned against “moral panic” – a term often used in pedophile circles to portray those with child safeguarding concerns as unreasonable.

News of Lautmann’s position on the board spearheading the LGBT daycare centers featured prominently on the website of an active pro-pedophile lobbying group, Krumme-13 (K13Online), in a post which asserts that leaders within the organization “welcome the objectives” of the childcare facilities.

Krumme-13 advocates for lowering the age of consent to 12, and states: “Children from the age of 12 can decide for themselves whether they want to enter into a pedosexual relationship or not. Children’s right to sexual self-determination must be protected by the Basic Law.”

Krumme-13 is spearheaded by pedophile lobbyist Dieter Gieseking, who has filed a total of three petitions with the Bundestag, or parliament, calling on members of the political parties SPD (Socialist Democrats), FDP (Free Democratic Party) and the Greens to agree to an amendment to Article 3 which would protect pedophilia as a “sexual identity.”