Prostasia’s Goal Is to Normalize Pedophilia 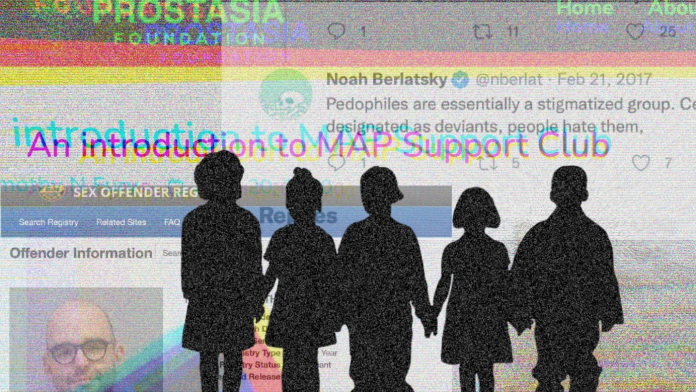 For many, charitable status is a legitimizing factor taken into consideration when choosing what organization or foundation to donate to. Government recognition that an entity’s work is valid enough to exempt them from taxes is often a good indicator of the work’s importance.
However, there are always exceptions.

California-based charity Prostasia is one such deviation to the rule, the organization having been given IRS tax exemption in 2018. While marketing itself as a children’s rights organization, Prostasia is a veritable grab-bag of causes surrounding sex and sexuality, but there is plenty of evidence to demonstrate that the real story is not so simple.In Prostasia’s blog entries, “child protection” routinely ends up in the same sentences as “free speech,” “kink,” or “sex positivity.” The topics of age play, furries, hentai, and prostitution are spoken about no differently as, and often with no barrier between, child sexuality and child sexual abuse.

It is here, in the not-so-hidden depths of Prostasia’s pet causes, where it begins to mutate into something far more malicious, deviating very heavily from its veneer of supporting child safeguarding. In fact, protecting children from exposure to sex abuse seems to not just be at the very bottom of Prostasia’s to-do list, it is almost antithetical to its entire existence.Prostasia sees the threat pedophiles pose to children as a bogeyman dreamed up by the alt-right, while condemning anti-pedophile sentiment as harmful “Nazi-like” rhetoric which requires mass censorship across social media.

The organization’s efforts have dedicated themselves to crusades against child pornography bans, letter-writing campaigns to state representatives demanding child-likeness sex dolls be kept legal, and funding research into “fantasy sexual outlets” for pedophiles.

Once these threads quickly unravel, Prostasia’s goals and underlying purpose becomes increasingly clear. Despite its attempts to role play as a mere progressive activist organization, all of Prostasia’s goals and campaigns lead to the exact same conclusion: The total normalization and acceptance of pedophilia in wider society.

Prostasia hosts a forum in which members are invited to start conversations on anything they wish without stigmatization. In many cases, the subject returns to the “liberation” of MAPs – or, Minor Attracted People – a more socially acceptable way to refer to pedophiles. Most of the pro-pedophilia discussion happens in the forum’s dedicated Sex Positivity section.

Recently, Prostasia began collaborating with an organization it calls the MAP Support Club, an unregistered group which claims to provide “peer support” for pedophiles, and invites “minor attracted people” aged 13 years old and up to participate in online chats about “minor attraction.”

In an attempt to give itself legitimacy, Prostasia employs a wide variety of pseudo-scientific jargon and quack references which they utilize as justification for their positions. But in almost no cases do these assertions find themselves very widely shared amongst academics or experts which do not have a relationship with pro-pedophilia movements or statements.It repeatedly claims there is evidence to support that pedophilia is “comparable to a sexual orientation,” while citing Toronto psychiatrist Dr. James Cantor, who is infamous for his Tweets demanding the inclusion of pedophiles in the LGBT spectrum.

Cantor is a member of the Prostasia team.

In another one of its campaigns, one focused on arguing against the necessity of the sex offender registry, it provided multiple articles written by another one of its then-staff, Guy Hamilton-Smith.
Hamilton-Smith, a lawyer in the state of Kentucky, wrote several times for the Prostasia blog that measures to keep registered sex offenders away from children, such as school-zone bans, were ineffective and unnecessary.

A quick search in the publicly available database of registered sex offenders found that Guy Hamilton-Smith was registered after being caught with child sexual exploitation material.

Most recently, writer Noah Berlatsky was taken in as a director at Prostasia. Berlatsky previously came under fire for writing an article published in New Republic under the title “Child Sex Worker’s Biggest Threat: The Police” in which he lamented the treatment of “children engaged in survival sex” by police officers. While fighting corruption within the justice system is certainly a valid issue, at no point did Berlatsky note the obvious fact that children cannot consent to sexual activity of any kind, instead spending his article suggesting that children forced into prostitution were willing participants in an oppressed, but legitimate, trade.

In 2017, Berlatsky tweeted “pedophiles are essentially a stigmatized group.”It is not just in its narratives where Prostasia acts unlike any other charitable activist organization, but also in its behavior. Prostasia founder Jeremy Malcolm has been known to directly and personally attack those who take any issue with his organization’s campaigns.Family lawyer and feminist activist Sarah Phillimore was vocal in sharing her experience with Malcolm, who sent her threatening emails after she discovered that yet another member of their (now ex-) staff, Jeff White, was on the sex offender registry for criminal sexual conduct with a child under the age of 13.

This author was also subject to disturbing, erratic behavior from Malcolm after calling his organization into question in 2019. Malcolm insisted I was a racist neo-nazi sympathizer, and republished photos of me as a young child with abusive captions.

Ultimately, Prostasia is no normal 503c charity, and its attempts to gain legitimacy and forward their agenda into the mainstream should not just be rejected, but actively fought against. Any individuals associated with the organization in any way should have their motivations called into question, because there is simply too much information on the group’s activities and history available out there for any excuses of good-faith ignorance to be believable.

Protecting children from sexual abuse is an important and righteous cause. But, like the vast majority of us, I’m under the impression it can be done without coddling pedophiles and their sympathizers.

Anna Slatz
Anna is the Co-Founder and Editor-in-Chief at Reduxx, with a journalistic focus on covering crime, child predators, and women's rights. She lives in Canada, enjoys Opera, and kvetches in her spare time.
READ MORE
Opinion