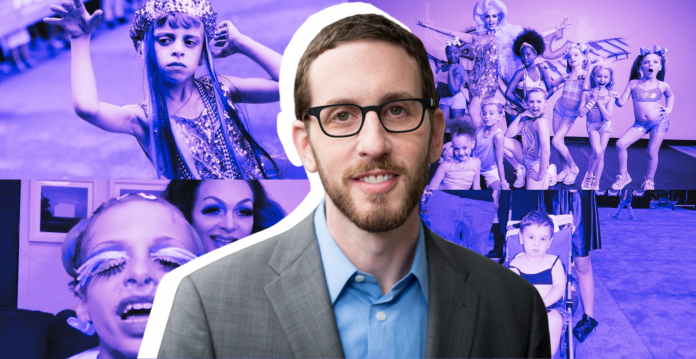 A politician in California has called for an introduction to Drag Queens to be taught to K-12 school students in his state as part of their basic education.

On June 7, Scott Wiener, a member of the California State Senate, sent social media into a firestorm after tweeting that “Drag Queen 101” should be part of the K-12 curriculum and that an attendance to Drag Queen Story time would “meet the requirements.”

Weiner’s tweet has been met with overwhelmingly negative sentiment, wracking up over 4,500 primarily negative comments from outraged netizens. Almost immediately, users took to Weiner’s political history to caution him against making yet another controversial move.

“Aren’t you the guy that sponsored a bill that relaxes sex offender registry requirements for sodomy and other acts with minors to end “discrimination against LGBTQ young people on the sex offender registry?” You should tread lightly with jokes like this, sir.” Former Georgia Congressional Candidate Barrington Marin II wrote in the replies.

Another user pointed out that Weiner had been responsible for a bill lowering the penalties for intentionally infecting someone with HIV/AIDS. Weiner is known to be open about his usage of PrEP to prevent HIV/AIDS infections.

Wiener, who has been in the California Senate office since 2016, is known for using his political power to advance LGBT activist causes. During his political career he introduced a bill barring San Francisco from doing business with companies based in states that have laws that bar policies banning discrimination against lesbian, gay, bisexual, and transgender people.

At the time, Wiener argued that by not having an automatic registration for sex offenders convicted of penis-in-vagina pedophilic acts, the law unfairly targeted LGBT people. Rather than seeking similar penalties for all forms of child sexual abuse, the bill scrapped the automatic registration altogether and instead allowed for registration to be up to the judges discretion. The bill was signed into law in September of 2020.

Wiener received an extremely negative response to the bill, with many stating it was lowering the penalties for child sexual abuse. Addressing the backlash, Weiner tweeted: “I’ll always fight for LGBTQ youth, even if it means death threats & slander. This is nothing new. LGBTQ people have been slandered as “perverts” & “pedophiles” for all of history. And for all of history, our lives have been threatened. We won’t give up.”

Wiener also authored the infamous Senate Bill 132 which allows incarcerated transgender, non-binary and intersex people to be housed and searched in a manner consistent with their self declared “gender identity.” The policy has resulted in hundreds of male-bodied inmates seeking transfer to women’s institutions, with dozens already being moved. Male inmates do not need to provide any evidence they are transgender or intend on transitioning in order to be approved, and so far, only a scant handful have been denied.

Last month, Reduxx reported that a female inmate had allegedly been sexually assaulted by a trans-identified male transfer.

In November of 2021, Women’s Liberation Front launched a lawsuit against the state of California in 2021, representing four female inmates who all stated they had been victimized by trans-identified male transfers. The named plaintiffs in the case are Janine Chandler, Krystal Gonzales, Tomiekia Johnson, and Nadia Romero. Romero and Chandler are both opposing the law on the premise of religious objection, one of the women being a devout Muslim.

Johnson, a survivor of domestic violence who was imprisoned after murdering her abuser, says she had been placed in a cell with a “vicious, dangerous biological male inmate.” But perhaps most shockingly, plaintiff Gonzales describes that she had been sexually assaulted by a male inmate who had been transferred to her facility after SB-132 was introduced.

To add to his growing list of disturbing political moves, Weiner also voted against making human trafficking a violent crime in California. The bill, SB-1042, would have helped strengthen protections for millions of sex trafficking victims.

“I totally respect wanting to have a higher penalty, I totally respect that, but I don’t think it’s accurate to portray the current penalties as somehow light,” Senator Wiener, said regarding why he voted no to the bill.

The growing popularity of “Drag Queen Story Time” has been highly criticized as many argue drag shows are inherently sexual and not appropriate for a young audience.

On June 5, a drag queen event held in a gay bar in Dallas, Texas was protested by concerned parents, and video has since emerged of the young children handing cash ‘tips’ to the scantily-clad drag performers, while being seated in front of a sign that said “It’s Not Gonna Lick Itself.”