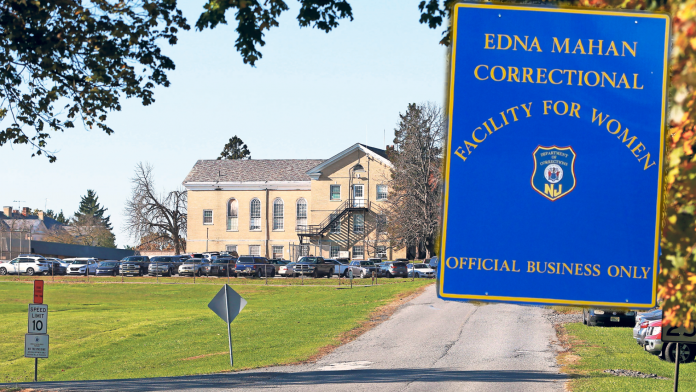 The New Jersey Department of Corrections has confirmed that two female inmates are pregnant following sexual encounters with the trans-identified male inmates housed there.

On April 13, NJ Advance Media obtained multiple letters written by the prisoners involved discussing the pregnancies. According to a spokesperson from the state’s Department of Corrections [DOC], the women became pregnant from “consensual sexual relationships with another incarcerated person.”

While the Department of Corrections did not specifically say the other inmates involved in the pregnancies were transgender, the incidents occurred at the Edna Mahan Correctional Facility for Women where 27 trans-identified male inmates are currently being housed with 800 female inmates.

Dan Sperrazza, the Department’s external affairs executive director, went on to state that the “DOC cannot comment on any specific disciplinary or housing decisions that may be considered in light of these events … the Department always reserves all options to ensure the health and safety of the individuals in its custody.”

The revelations come just one year after a settlement agreement with the ACLU of New Jersey which stipulated that transgender inmates must be housed on the basis of their self-declared gender identity.

At the time, the ACLU had been fighting on behalf of a trans-identified male inmate who had been housed in a men’s institution and allegedly faced abuse and discrimination.

After the settlement was won, the New Jersey ACLU praised the decision, with staff attorney Tess Bordan saying: “The settlement of this lawsuit puts in place systemic, far-reaching policy changes to recognize and respect the gender identity of people in prison – with housing based on gender identity, use of appropriate pronouns, access to gender-affirming property, and much more.”

While the ACLU praised the new privileges afforded to transgender inmates, some women’s rights activists noted that female inmates in New Jersey had long been neglected to deal with the often inhumane conditions in the state’s correctional facilities. Some point out that it was only after a transgender inmate complained about the conditions last year that anything was done to address it.

In 2021, a transgender inmate who successfully fought to be transferred to Edna Mahan requested to be moved back to a men’s institution — citing the abuse female inmates suffered at the hands of correctional staff.

Rae Rollins, 25, claimed the systemic violence at Edna Mahan made him feel “unsafe,” and requested a transfer back to a men’s prison after expressing dissatisfaction with the conditions in the women’s facility. Immediately after Rollins’ complaints and subsequent lawsuit came to public attention, the New Jersey Department of Corrections promised swift action and began to implement reforms.

Female inmates, however, had been subjected to brutality for years. Some female inmates revealed being beaten in the head, having their orbital bones fractured by punches to their face, and sexual assaults by prison staff.

The majority of females incarcerated in the United States correctional system report having been subjected to sexual and/or physical trauma.

According to a 2016 report from the Vera Institute of Justice, 86% of incarcerated women have a history of abuse and 77% have a history of experiencing intimate partner violence. Leading women’s rights advocates have described the similar histories of victimization as a “sexual abuse-to-prison pipeline.”