UK: Tribunal Rules Maya Forstater Was Discriminated Against Due To ‘Gender Critical’ Beliefs 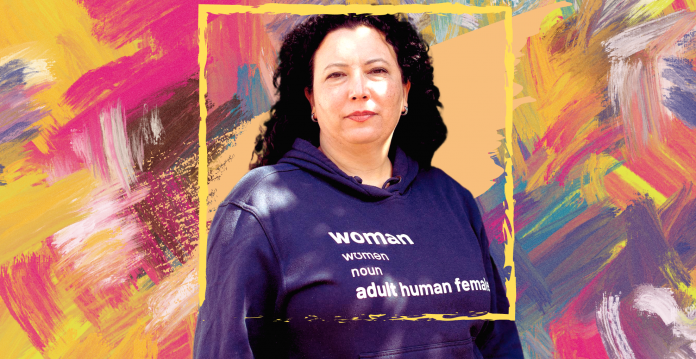 An employment tribunal has ruled that a women’s rights advocate was discriminated against after her contract was not renewed following tweets she made on gender ideology.

Maya Forstater was directly discriminated against and victimized when the Centre for Global Development (CGD), where she was a visiting fellow, did not renew her contract or fellowship and scrubbed her profile from their website. The groundbreaking decision comes as a hard-won battle by Forstater to secure gender-critical views as a protected philosophical belief under the United Kingdom’s 2010 Equality Act.

Forstater had initially brought her case against CGD to a London employment tribunal in 2019 after her contract was not renewed in March of that year, with her former employers claiming views she had expressed on social media were “offensive and exclusionary.” Forstater, a gender critical feminist, believes men cannot become women and had stated such.

Amongst her tweets brought for review included an analogy between trans-identified males and Rachel Dolezal, a white American woman who self-identified as Black, and another in which she wrote: “A man’s internal feeling that he is a woman has no basis in material reality.”

In December of 2019, a Judge at the tribunal had ruled against Forstater, claiming her views on women’s sex-based rights were “not worthy of respect in democratic society,” and calling her views “absolutist.”

But Forstater went on to appeal the decision at the employment appeal tribunal (EAT), and an appeals panel determined the previous Judge had “erred in law” in making his decision. The panel would go on to write in their ruling that Forstater’s views “may well be profoundly offensive and even distressing to many others, but they are beliefs that are and must be tolerated in a pluralist society.” Following the successful appeal, Forstater’s case was returned to the employment tribunal to determine if she had faced discrimination.

Today, the tribunal determined Forstater had been subjected to discrimination when her contract at CGD was not renewed on the basis of her views, upholding two complaints of direct discrimination and one of victimization.

In its judgement, the tribunal stated: “Absent an explanation from the respondents, the facts are such that the tribunal could properly conclude that the tweets were a substantial part of the reason why Ms Forstater was not offered employment; and the respondent’s evidence, far from proving the contrary, supports the finding that they were …” It continued, “We reminded ourselves that it would be an error to treat a mere statement of Ms. Forstater’s protected belief as inherently unreasonable or inappropriate.”

Any settlement or remedies owed to Forstater are to be determined at a later date.

In today’s decision, the panel determined the tweets by Forstater they had reviewed constituted her protected gender critical views.

Forstater wrote several tweets on the ruling, explaining in one that “the judgment is 81 pages. It is highly fact based. I did not harass anyone and there was never a claim that I did. This is not a license to harass people. Rather it is a recognition that in a democratic country people with different beliefs can express them and get along.”

In another, she said: “Employers take note: if people who think gender critical beliefs are not worthy of respect tell you to discriminate against us and you do, you could be liable.”

In an official statement, Forstater wrote that her case “matters for everyone who believes in the importance of truth and free speech. We are all free to believe whatever we wish. What we are not free to do is compel others to believe the same thing, to silence those who disagree with us or to force others to deny reality.”

She continued: “The tribunal has found that I was a victim of discrimination because I stated that biological sex is real and important, a view shared by the vast majority of people in this country. I hope employers will take note of the judgment.”

Feminists in the United Kingdom were particularly overjoyed with Forstater’s victory, and inundated her with praise and thanks for her hard-fought battle.

Onjali Rauf, founder of anti-sexual exploitation group Making Herstory and O’s Refugee Aid Team, tweeted out that she had to pull over as word of Forstater’s victory caused her to burst into tears while driving. “Just letting this moment sink in,” she wrote, posting a selfie, “And I wanted you to see one of the many millions of smiles you’ll have sparked today.”

Even prolific author JK Rowling took to Twitter to express gratitude to Forstater, calling her a “warrior.”

Rowling had first charged into the debate surrounding gender ideology in 2019 after expressing she “stood with Maya” following the announcement of Forstater’s case in a tweet which has over 262,000 ‘likes.’

But Rowling didn’t shy away from the firestorm of activist fury she had generated and instead doubled-down, continuously affirming herself as a vocal advocate for women’s sex-based rights and other parallel issues within the gender debate.

Forstater is the Executive Director at Sex Matters — a registered non-profit which campaigns to promote clarity about sex in public policy, law and culture. Part of the group’s stated values include that “[i]ndividuals should be free to hold and express diverse beliefs, and to express themselves about sex and gender identity, without sanctions or being labelled hateful.”