Women Being ‘Punished’ For Complaining About Male Transfers: Inmate in California Women’s Prison 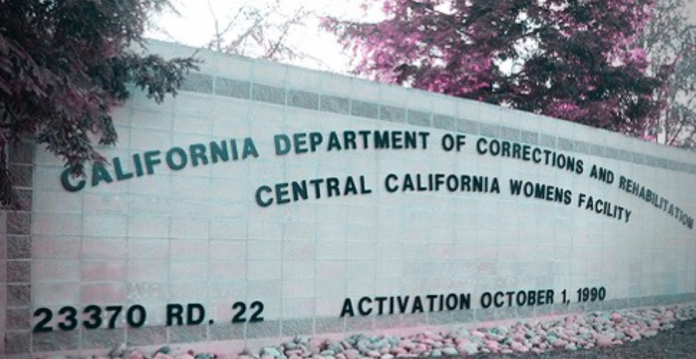 An inmate at the Central California Women’s Facility has come forward to reveal the disturbing ways in which they say female inmates are being ‘punished’ for expressing concerns about the trans-identified males flooding into the prison under SB-132.

“Under SB 132, these ‘trans-predators’ as I call them… they are just here to try and have sex with the women,” Sadiq wrote in a recent legal statement, “Even if it is true that they are at risk of violence in a men’s prison, this is just trading one victim set for another.”

Sadiq, a refugee from Somalia, is biologically female but identifies as a transgender man. But despite that, Sadiq has been vocal in opposing SB-132 — also known as the Transgender Respect, Agency, and Dignity Act.

The bill went into effect in January of 2021, and allowed male inmates to seek transfer to women’s prisons on the basis of self-declared gender identity. Under the law, male inmates do not have to be on hormones, have surgery, be diagnosed with gender dysphoria, or even have legal documents stating they have a transgender status in order to request transfer. Since the policy was implemented, over 300 male inmates have applied to be moved into California’s female prisons, and only a scant handful have been denied so far.

In May, Sadiq penned a sworn declaration attesting to the ways in which conditions have changed in the prison since the arrival of an ever-growing male inmate population. The declaration was included as just one of many provided to Women’s Liberation Front (WoLF) in support of their lawsuit agains the state of California on behalf of four female inmates who experienced civil rights infringements or physical violations by trans-identified male arrivals.

In the declaration, Sadiq outlined a disturbing incident in which an attempt to report a trans-identified male who had committed an act of sexual harassment against a female inmate was met with what Sadiq felt was penalization from the prison.

“I submitted a [formal complaint] to housing staff. The officer asked me why I was documenting it and I said this behavior was inappropriate and was I believed that it was going to escalate.” Sadiq described the trans-identified male involved in the incident as being over 6-feet tall, having a muscular build, and multiple facial tattoos.

“Sometime after this, this predator I reported decided to retaliate against me. We were in the kitchen and he ‘shoulder-checked’ me, which means when he walked by me he hit me with his shoulder super hard … in an effort to bully me and dissuade me from carrying on with the [grievance] I had filed,” Sadiq says.

Shortly after the incident; Sadiq, the victim of the harassment, and a third female inmate associated with the WoLF lawsuit were placed into administrative segregation — a form of solitary confinement.

“We were thoroughly frisked and put in a cage. I felt I was being kidnapped,” Sadiq says, “They claimed that it was for our protection, but if they really wanted to protect us they would address the predatory behavior of this man, not lock up the whistleblowers.”

After being placed in segregation, Sadiq learned staff had plans to move them to a new yard upon release. The move would have caused the inmates to be distanced from the lifestyles and surroundings they had become accustomed to.

In protest, Sadiq went on a 28-day-long hunger strike, and was ultimately hospitalized after experiencing the physical impacts of starvation.

“I wanted my life back – the same yard, my same job. I wanted an actual investigation into my reports,” Sadiq says, claiming some of the documents associated with the incident and report were destroyed. “I did not know how long they were going to let me starve, but in the end I ended up back on my yard with my job back. However, the women I was taken away with are not so lucky.”

In an interview with Reduxx on the declaration, Sadiq stated that the incident was one of the institution effectively punishing women for coming forward with reports of discomfort, harassment, or other concerns about the male transfers.

“When women complain [or] when they feel threatened … they are just moved. From bed to bed, room to room, and eventually yard to yard. And if you complain a little bit too long … you are put ‘in jail’ [solitary confinement].”

Sadiq says prison officials claimed the administrative segregation was for their “own safety,” but insists that is untrue and just an excuse to mask the true purpose of the confinement serving as a “warning” to other inmates against filing their own complaints.

“We insisted long and hard that we were not in danger – we [said to officials] that we were all fine, and told them that they were ripping us away from the community that we know and the meager little prison lives that we built,” Sadiq said, continuing: “Especially because we were involved in [the complaint], I believe this was done to dissuade others from going down that same road — say nothing, stay silent or this may or may not happen to you.”

Speaking to Reduxx, Sadiq noted that many women in the prison were the victims of sexual violence, and that the presence of intact males was not conducive to an environment of rehabilitation for them.

“For me, as an African refugee and civil war survivor – this triggers all my PTSD,” Sadiq says, “You know what happens to women in wars and situations of strife… I don’t want to see that mirrored here. I came to America to be safe. To see this happening, even on a minor level, to my sisters here is very triggering to me.”

According to women’s rights advocacy campaign Keep Prisons Single Sex USA, 33.8% of trans-identified male inmates in the state of California are registered sex offenders. While speaking with Reduxx, Sadiq slammed SB-132 as providing no proper assessment of the male inmates prior to being sent into the women’s estate, and called them ‘trans-predators.’

“Nobody thought too far into the process of how these ‘trans women’ are being vetted. You can’t just self-declare when you look like a 400-pound linebacker. These people clearly are not [transgender], they’re here for other reasons,” Sadiq says, “But because SB-132 is the law, everyone has a hands-off approach.”

While SB-132 does not specify anything with respect to the biological sex of inmates, no trans-identified females have yet been transferred to men’s institutions despite there being a handful of requests. Sadiq, who was born female but identifies as a man, firmly believes that sexist dynamics are at play in the stark difference in treatment of trans-identified males and females under the policy.

“SB-132 is to protect trans rights, but trans men don’t have these rights. The patriarchy is protecting itself. You’re a biological woman? Stay in your place. You have no right to demand anything. But if you’re a biological man, you can be whatever you want. It’s encouraged. If you want to [be moved] here to prey on these females — who cares?”

While communicating with Reduxx, Sadiq also expressed that “most staff and even some in administration” have concerns about SB-132, but were “afraid” of voicing their opinion in the event they became party to the lawsuit.

“All humans have inherent rights imbued within us, and the idea that a new law was created not to protect, but to elevate a class of individuals above an entire gender, serves only to marginalize women,” Sadiq says.

Sadiq’s sworn declaration on the conditions at CCWF was included as part of Women’s Liberation Front’s response to the state of California’s motion to dismiss their civil rights suit, filed on May 31.

According to WoLF, SB-132 is “dangerous and inhumane,” and mounting evidence is being gathered to support their claims that it is leaving female inmates in a vulnerable position. As part of their suit, four incarcerated women are involved as plaintiffs — Janine Chandler, Krystal Gonzales, Tomiekia Johnson, and Nadia Romero. Romero and Chandler are both opposing the law on the premise of religious objection, one of the women being a devout Muslim.

Johnson, a survivor of domestic violence who was imprisoned after killing her abuser, says she had been placed in a cell with a “vicious, dangerous biological male inmate.” But perhaps most shockingly, plaintiff Gonzales describes that she had been sexually assaulted by a male inmate who had been transferred to her facility after SB-132 was introduced.

Last month, the American Civil Liberties Union (ACLU) filed a proposal to intervene in the suit in defense of SB-132, allegedly out of concern the state of California was not going to adequately represent trans inmate’s interests in the courts and would put the self-identification law at risk. Within their filing, the ACLU made claims such as that males and females have no biological, reproductive, or hormonal differences, and that a male inmate’s criminal history should not be taken into consideration when assessing them for transfer — even if they were violent sex offenders.

On May 31, WoLF provided Reduxx a declaration from a female inmate who witnessed the aftermath of what she said was a sexual assault perpetrated by a trans-identified male against a female inmate at CCWF.

In the declaration, incarcerated woman Mimi Le stated Jonathan Robertson — a trans-identified male once championed as a victim of transphobic policy by activist organizations — screamed at the female inmates: “I’ll rape you … there’s nothing you b*tches can do about it.”

Today, the state of California filed a motion to strike all of the declarations that had been submitted as part of WoLF’s suit, including that which was written by Sadiq. Other declarations the state is looking to dismiss included one by evolutionary biologist Colin Wright on biological differences between males and females, one by Criminologist Callie Burnt on sex differences in crime, and one by ‘trailblazing’ trans activist Michelle Norsworthy.