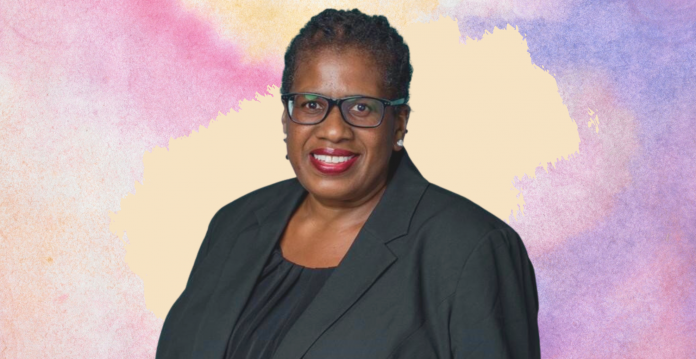 A British Court has found Garden Court Chambers guilty of discriminating against Barrister Allison Bailey on the basis of her “gender critical beliefs.”

In what appears to be the second major victory for British feminists this year, Bailey’s victory comes just weeks after an employment tribunal ruled that women’s rights advocate Maya Forstater was discriminated against after her contract was not renewed following tweets she made on gender ideology.

Bailey’s case, first launched in 2020, had also asserted that Stonewall influenced her employer – who was apart of Stonewall’s controversial Diversity Champion Scheme – to withhold work from her as penalization for her ‘gender critical’ beliefs and pro-woman activism. Bailey accused Stonewall of encouraging her Garden Court Chambers to investigate her in an attempt to cost her her livelihood.

“Although the Tribunal accepted that Miss Bailey’s belief that ‘gender theory as proselytized by [Stonewall] is severely detrimental to women for numerous reasons’ and is a protected philosophical belief, it did not find that Stonewall had satisfied the legal test of ‘instructing, causing or influencing’ the unlawful discrimination which it found Miss Bailey suffered.” Bailey’s legal team said in a statement following the verdict.

Stonewall had taken issue with Bailey’s involvement with LGB Alliance, which was initially founded in opposition to Stonewall’s policies relating to “gender identity,” as well as tweets made from Bailey’s private twitter account which they described as “transphobic.”

The tweets in question primarily included Bailey defending women’s rights to single sex spaces, and her criticizing Stonewall’s endorsement of males who self-identify as lesbians.

In 2019, Stonewall’s Head of Trans Inclusion had sent a formal complaint to Bailey’s employer Garden Court Chambers saying her employment put Stonewall in a “difficult position.”

“Garden Court barristers have always been allies to trans people and to Stonewall, which is something we are very proud of and grateful for. However, for Garden Court Chambers to continue associating with a barrister who is actively campaigning for a reduction in trans rights and equality, while also specifically targeting members of our staff with transphobic abuse on a public platform, puts us in a difficult position with yourselves: the safety of our staff and community will always be Stonewalls first priority.”

The Stonewall employee referenced in the complaint was Morgan Page. Page is a trans-identified man who organised a controversial workshop in association with Planned Parenthood Toronto in 2012.

The workshop, titled Overcoming the Cotton Ceiling: Breaking Down Sexual Barriers for Queer Trans Women, was centered around supporting males who identified as lesbians. The “cotton ceiling” is a term inspired by the concept of the “glass ceiling,” which is used to describe discrimination women face in the workplace that prevents them for reaching upper management levels. The “cotton” refers to the material of a women’s underwear, and frames a lesbian’s refusal to have sexual relations with males as a form of discrimination.

Page has also been accessed online of inappropriate behaviour while hosting a trans youth group in Toronto. Many of the teenagers who attending the youth group were there “without their parents’ knowledge” and Morgan did not enforce the age limit of the group, allowing trans-identified men aged 30-40 year old to join and mingle with the youth.

The testimony was provided by an individual who goes by the name “Benji.”

Continuing Benji wrote, “I believe that Morgan treated us like adults when we were only teens. [He] expressed unwavering support for anyone to transition regardless of their history, age, family situation, trauma, etc. The group viewed most therapists as “gatekeepers,” so [He] advised teens to find doctors who practiced Informed Consent. This means that many of the teens in that group started HRT without seeing anyone for their mental health first, after signing what amounted to a non-liability waiver. Strangely enough, we almost never talked about post-op complications nor the long-term negative effects of HRT, a lack of concern for which is sadly the norm in the trans community. [He] spoke about sex, drugs, porn, and kink as if it were a normal part of our lives because we were trans.”

Benji identified as transgender at the time of attending Page’s workshop but has since detransitioned.

When Page began his employment with Stonewall, Bailey had taken to her Twitter account to criticize him and his disturbing past.

“Stonewall recently hired Morgan Page, a male bodied person who ran workshops with the sole aim of coaching heterosexual men who identify as lesbians on how they can coerce young lesbians into having sex with them. Page called “overcoming the cotton ceiling” and it is popular.” Bailey tweeted in September 2019.

Shortly after, Bailey announced the launch of LGB Alliance, a charity which she helped set up to defend the rights of people who are same-sex attracted.

In October 2019, Stonewall’s Head of Trans inclusion, Kirrin Medcalf, sent the complaint to Bailey’s employer. Medcalf was asked to testify during the hearing and was ridiculed online for needing an emotional support person, their mother, and a support dog during the testimony. The hearing took place via Zoom.

During the hearing, Medcalf also made claims that biological sex wasn’t real, stating: “Bodies are not inherently male or female. They are just their bodies.”

In May, a legal expert representing Garden Court Chambers argued that Bailey’s claims that the “cotton ceiling” workshop was coercive was not substantiated, and said that the workshop was “similar to South Africa attempting to racially integrate society.”

Following the verdict, Rowling tweeted in support of Bailey once again, calling her a “heroine” and congratulating her for the verdict.

#Stonewallout and #Defundstonewall were trending on Twitter this week following a tweet made by the organization in which they claimed toddlers as young as 2 years old can recognize whether or not they are transgender.

On July 22, the trans activist charity shared an article by Metro which featured testimony from a trans-identified female who coached her 4-year-old daughter into identifying as a boy.

After widespread outrage, Stonewall released a statement in which they referenced research that called for the medical transition of children with “gender dysphoria.”

The FDA recently added brain swelling and vision lose to its list of side effects associated with “puberty blockers” given to physically healthy but dysphoric children. Nancy Kelley, the Chief Executive of Stonewall, described “puberty blockers” as “a reversible intervention.”