Birth of a Baby, Death of a Mother: A ‘Second Hand Victim’ of Surrogacy Speaks Out 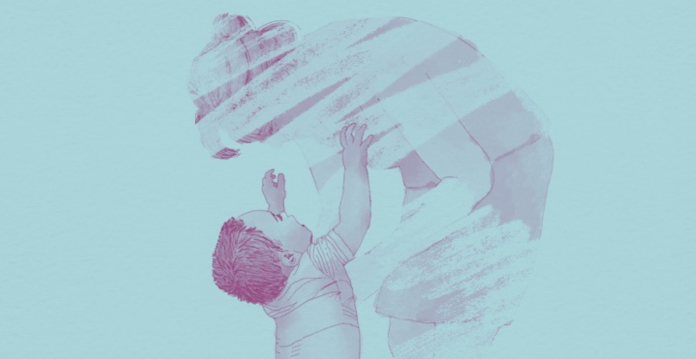 Like most women who agree to become surrogates, Jaida’s mother was described as “giving” and “loving.”

Jaida recalls that her mother was sympathetic to those struggling with infertility, always empathizing with family friends who couldn’t have children of their own. Having had easy pregnancies with her two biological children, she wanted to give a child to someone else. She’d thought that becoming a surrogate mother would allow her to help another family have a child, while also giving her the money she needed to become a stay-at-home mom to her two small children.

She was 7 years old when her mother was matched with a family in New York, far from where they lived in Kansas. Even though she was young, Jaida remembers the process well.

“I was excited for her to be pregnant again,” Jaida says, describing how she enjoyed having her mother home during the pregnancy. She remembers fondly helping her mother take photos of her growing belly to send to the eager couple in New York. But even in these memories, Jaida admits that it felt strange that the twin girls growing inside her mother’s womb wouldn’t be coming home once born.

While they were delivered healthy, their birth would mark the steady decline of her mother’s health, and three weeks later, her mother was gone.

“I just remember I lost her,” Jaida recalls, “I was sitting in a waiting area and then I went into her room and my family was in there crying. I refused to look at her, though.”

Dreams of having a stay-at-home mom shattered, and confusion, trauma and grief left in its place.

“My perfectly healthy mother was gone. I knew that it was from complications of the surrogacy.”

Since her childhood, Jaida has gone through a great deal of healing.

She doesn’t blame the parents in New York or the twins – whom she endearingly calls her ‘womb sisters’ – but Jaida admits that losing her mother left a void-like space in her family.

Jaida says she had been angry at the physicians, noting that her mother wasn’t properly informed about the potential complications that would come with surrogacy.

“The medical system failed her. She wasn’t properly warned of what could happen. The [surrogacy] agency she went through really made it sound like it was gonna be sunshine and rainbows,” Jaida says.

Since her mother’s passing, Jaida admits that she herself thought about becoming a surrogate mother because she was proud of what she perceived as her mother’s selflessness. But pushback from family warned her off of the industry, and prompted her to begin researching the ethics of surrogacy and egg donation.

“Most of my life I saw what my mother did as heroic because she grew two beautiful babies, but later realized that this tragedy could have been avoided,” Jaida says, “I have healed from the past trauma of losing my mother unexpectedly through years of therapy and my faith. It is also rare that I am very close with the family my mother was a surrogate for, which was a huge part of my healing process.”

While multiple celebrity couples have come out with announcements of welcoming a child via a surrogate, the complications associated with practice are rarely discussed.

Studies have shown that women pregnant with donor eggs have a more than three-fold risk of developing pregnancy induced hypertension and pre-eclampsia, and Lupron, used to prepare a gestational surrogate to receive transferred embryos, has been documented to put a woman at risk for increased intracranial pressure.

In addition to being carrying unique risks for the mother, children born to surrogates are much more likely to suffer from low and very low birth weights. According to a 2014 study from the Journal of Perinatology, there is a 4-5 fold increase in stillbirths from pregnancies through assisted reproductive technologies compared to those naturally conceived.

A 2013 entry in the Journal of Child Psychology and Psychiatry also affirmed that “surrogacy children showed higher levels of adjustment difficulties at age 7.”

In May, a TikToker went viral after exposing her experience being abandoned with the twins she had been retained to carry as a surrogate after the intended parents cut off contact.

The mother, who goes by Amanda, had previously been a surrogate and decided to repeat the process. She registered with a surrogacy company that connected her with a couple who lived overseas. She gave birth to twins Hannah and James in February 2021, but stated the intended parents never arrived to pick them up because they refused to go through the process of the U.S. quarantine. 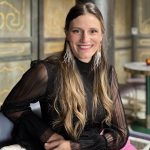 Kallie Fell
Kallie is a contributing writer at Reduxx. She is passionate about women’s health, and currently serves as the Executive Director for the Center for Bioethics and Culture, as well as works in perinatal care. Kallie co-directed the CBC’s newest documentary, Trans Mission: What’s the Rush to Reassign Gender? She also hosts the popular podcast Venus Rising and is also the Program Director for the Paul Ramsey Institute.
READ MORE
Opinion

The Boy Who Shifted Shapes: A Detransitioner’s Story

Single Sex Spaces For Survivors are Under Attack

OPINION: Reddit, Lesbianism, and The Erasure of Single-Sex Spaces