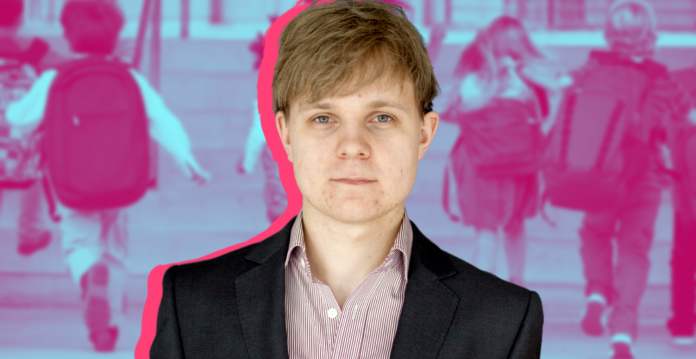 A professor of Ethics at Oslo Metropolitan University in Norway has called to legalize AI-generated child pornography, claiming that pedophilia should be seen as an innate sexuality that requires destigmatization.

Ole Martin Moen, a gay man who identifies as “queer,” currently serves as a member of the advisory board on Norway’s Patient Organization for Gender-Incongruence (PKI), a social and political lobby group for trans rights. According to their official website, PKI’s purpose is to provide access to “gender-affirming treatment” to the public “regardless of factors like non-binary identity, sexual practice or having other diagnosis.” Moen has also served as academic council at Civita, Norway’s largest liberal think tank, since 2015.

Recently, Moen targeted Christina Ellingsen, a Norwegian feminist who is facing a police investigation and a potential sentence of three years in prison for tweets in which she stated that men cannot be lesbians.

Moen has repeatedly harassed the Twitter account of Women’s Declaration International Norway, making false claims about the nature of the investigation against Ellingsen.

But while Moen believes Ellingsen’s ideas on transgenderism are worth criminal prosecution, his own academic history would likely be considered far more disturbing to the average person.

“Pedophilia is bad. But how bad is it? And in what ways, and for what reasons, is it bad?” Moen wrote in a 2015 paper titled “The Ethics of Pedophilia,” which was then republished in 2018 in The Palgrave Handbook of Philosophy and Public Policy, a textbook widely available at Universities across the globe.

Moen details arguments for and against “adult-child sex” before ultimately coming to the conclusion that “adult-child sex is not categorically very harmful” but may result in “risks” of children being harmed. He offers a quick disapproval of penetrative adult-child sexual relations, but goes on to make statements that defend pedophilia as an innate sexual orientation, comparing the desire to sexually abuse children to homosexuality.

“We must appreciate that sexual attraction towards children is often a deep and integral part of pedophiles’ personalities,” he writes, while suggesting that pedophiles should not be held responsible for their actions as “many pedophiles are ignorant of the truth that adult-child sex exposes children to [harm].”

Moen also argues that pedophiles who do not sexually abuse children should be “praised” for their “admirable willpower,” and says that condemning pedophiles for their attraction should be considered “unjust.”

The academic claims that “many of us have been pedophiles at one point,” and presents a bizarre argument that most people experienced sexual attraction to children when they themselves were children.

“When you were 11, it is not unlikely that you were sexually attracted to prepubertal children… the mental state of finding children sexually attractive is very common,” he says, continuing: “Youngness, the property children have in excess, is a property that, when present to a lesser extent, is widely considered sexually attractive. As such, what makes pedophiles diverge from others is that they prefer more youngness than does the average person.”

But perhaps most disturbingly, Moen has called for information on pedophilia to be taught in schools, suggesting “a certain percentage” of high school students have an innate pedophilic sexual identity.

“To prevent harm to future children, we would also be well-advised to start teaching high school students not just what to do in case they are victims of sexual abuse, but also what to do in case they themselves are pedophiles. A certain percentage of high school students either are or will become pedophiles, and currently they are not given any advice on how to handle their sexuality.”

Moen has also stated that computer-generated child sexual exploitation material and other “fantasy outlets” may be useful for those with pedophilic sexual attraction, insisting viewing such material would not result in an increased propensity for abusing a real child. But Moen’s assertion flies in the face of evidence from child safeguarding experts who have been sounding the alarm on such lines of reasoning.

Line Hegna, the director of communications for the Norwegian branch of Save the Children, told the Sunday Guardian Live in 2018 that the possession of child sexual abuse materials “contributes to maintaining a market which presupposes abuse of children.”

Hegna was responding to a national scandal that saw a top child protection expert sentenced to prison for possession of an enormous quantity of content depicting the rape of children. “Possession of abusive material can work to normalize abuse of children,” Hegna said.

From 2017 to 2021, Moen was the Principal Investigator for the project “What should not be bought and sold?“, funded by the SAMKUL scheme of the Research Council of Norway with a government grant of NOK 8.9 million, or approximately $1 million. A description of the project indicates it was designed to explore the philosophical questions surrounding “the buying and selling of friendships, babies, [and] human organs.”

Moen’s defense of pedophilia as a sexual orientation is the latest in what appears to be a marked increase in openly sympathetic views towards pedophiles at the academic level, with multiple incidents being reported over the past year alone.

On February 5, State University of New York Professor Stephen Kershnar was placed on off-campus duties after clips from a podcast he’d done resurfaced showing him actively defending adult sexual contact with children, including those as young as 12 months old.

Even more recently, an academic critical of pro-pedophilia sympathies within Universities had his research scrubbed from The British Journal of Sociology and History just 24 hours after it was first published due to a complaint from a “pro-pedophile” activist group.

In an interview with Reduxx, Dr. Alaric Naudé of Suwon University in South Korea noted that pushes for “destigmatization” with the alleged intention of “preventing offending” were dangerous to children and unsupported by research.

He also noted that claims about “minor attraction” being an innate sexuality, like those advanced by Moen, “actually [make] it more difficult for pedophiles to direct their desires away from children.”