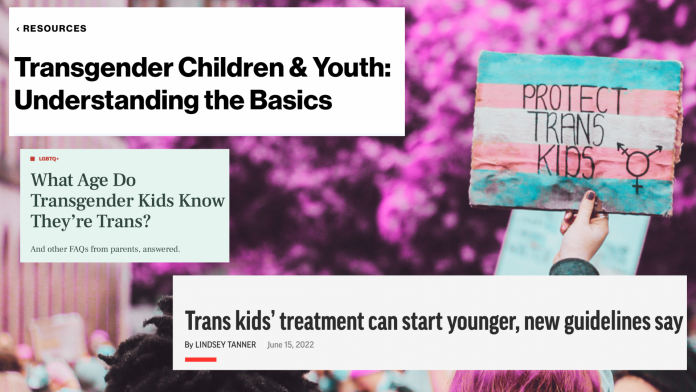 The enactment of the Change or Suppression (Conversion) Practices Prohibition Act 2021 makes it unlawful for anyone to fail to affirm the declared gender identity of another person under threat of criminal sanctions, including fines and incarceration, in the Australian state of Victoria.

The bill was sold to the public as a measure to prevent the trauma that can be caused caused to same sex-attracted people through harmful and abusive practices intended to change or suppress their orientation. The evidence relied on for these practices was largely historical, from overseas jurisdictions and could be dealt with under existing laws.

Despite there being no evidence that anyone in Victoria had been subjected to conversion or suppression practices on the basis of their gender identity, the normalization of a manufactured category associating sexual orientation and gender identity meant that both were included in the legislation.

And it’s not only parents that run the risk of criminalization. Health care providers, spiritual advisors, teachers, or caregivers could be captured and denounced by this legislation. In fact, even those outside of the jurisdiction of Victoria are subject to the Act as it has extra-territorial application.

The Victorian Equal Opportunity and Human Rights Commission, the statutory body tasked with administering and enforcing the act, warns that exploratory conversations, or adopting a “wait and see” approach, could be an offence.

On August 13, the Daily Mail reported that Victorian parents are finding themselves in the position of being unable to access counseling for their child, and are living in fear of supporting their child to do anything other than affirming their child’s declaration of a gender identity, even in situations where their child has mental health co-morbidities, is neuro-atypical, or suffering bullying, trauma or bereavement.

The criminal penalties remove a parent’s ability to protect their child from accessing experimental hormone treatments that could leave them with a myriad of problems. Recent studies have revealed these problems could include major, sustained health concerns such as infertility, organ failure, arrested cognitive development, and osteoporosis. Further, it puts children on the pathway to irreversible surgeries with high rates of complications and need for revisions, and lifelong dependence on pharmaceuticals.

Compassionate mental health care desperately needed by vulnerable youth has now been put on chill. Some psychologists and therapists are going to completely avoid treating minors due to the fear of being captured by the criminal sanctions in the act should they fail to actively affirm the declared gender identity of the person presenting for care.

Victoria is home to Australia’s largest children’s gender clinic – the Royal Children’s Hospital Melbourne Gender Service – overseen by Associate Professor Dr. Michelle Telfer, the clinic treats children (even those under 8 years old) and continues to claim “puberty blockers are reversible.” Dr. Telfer served on the board of the Australian Professional Association for Transgender Health from 2014 to 2020 and is a strong advocate for the transitioning of children. During an interview he conducted in 2021, he boasted of an underage female patient he’d treated: “I can help this child have a boy’s body.” And how many people can do that?”

On a panel hosted by the WA Government and ACON – the taxpayer subsidized charity that promotes medical transitioning – Dr. Telfer downplayed the rising numbers of detransitioners by relying on the Amsterdam Cohort of Gender Dysphoria Study (an out-of-date, overseas study of mostly male adults) to pretend it is not an increasing issue and saying “I really dislike the word detransition ’cause it’s a really horrible word.”

The clinic at Royal Children’s Hospital is reputedly modeled on the now-disgraced Tavistock children’s gender clinic, recently ordered to close its doors with the impending release of the damning Cass Report that documented systemic failures, absence of data and ideological capture that compromised consistent, impartial and clinical care.

Earlier this year, the French Medical Academy cited the rapid increase in child patients seeking gender affirmation at the Hospital as part of a release they issued warning clinicians to exercise caution in treating “trans kids.” They called it “an epidemic-like phenomenon,” noting that in 2003, only one child at the Royal Children’s Hospital had been diagnosed with gender dysphoria, while today it is treating nearly 200.

In 2016, the Victorian government enabled gender self-identification with the creation of the Births, Deaths and Marriages Registration Amendment Act, which allowed children and adults to change the sex on their birth certificate every 12 months without a need for “sex affirmation surgery.” Attorney-General Jill Hennessy’s second reading speech for the Conversion Bill stated that there is no evidence that gender identity can change, putting these two bills into conflict and a clear demonstration of the typical incoherence of law and policy that protects gender identity ideology.

The attorney general’s position ignored the growing chorus of voices of detransitioners who regret undergoing social transition, hormonal interventions or irreversible surgeries, while ignoring the multiple medical studies that conclude the majority of children presenting with distress about gender come to accept their natal sex during puberty without the need for any medical intervention.

The parliamentary debate over the conversion bill was characterised by extravagant displays of emotion and hyperbole for those in favour relying on dramatic examples of hurt feelings and perceived exclusion, starkly juxtaposed by those in opposition who pleaded for more time, alternative views to be acknowledged and included, and the mounting evidence against socially and medically transitioning children to be considered.

In parallel to the situation in the UK, many Australian federal and state government departments, organizations, corporations, institutions, banks, law firms and universities are signed up to ACON’s programs with the purpose of embedding the ACON worldview on gender and sexuality into Australian public life. Active allyship must be demonstrated, remaining neutral or impartial can attract sanctions, and in some jurisdictions, such as Victoria, resistance is now unlawful, attracting criminal prosecution.

The two taxpayer funded media platforms, SBS and ABC, are both signed up to the ACON Pride in Diversity scheme, Australia’s version of Stonewall. Modelled on Stonewall’s Diversity Champions Workplace Equality index, organisations are benchmarked against other organisations by earning points on ACON’s Australian Workplace Equality Index by complying with requirements detailed in an onerous submission form to promote and report favourably on trans and gender identity issues, but penalised with loss of points for reporting critically.

As a result, the growing global scandal surrounding the interference in the integrity of the minds and bodies and children on the basis of gender identity is largely ring-fenced from the Australian public with the notable failure of many mainstream media outlets to cover this issue impartially and without bias; depriving Australian families of critical information, leaving them unable to assist their distressed children, and living in fear of criminal penalties if they refuse to consent to their child being medically “affirmed.” 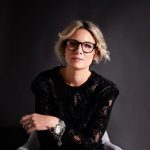 Katherine Deves
Katherine is a guest contributor at Reduxx. An Australian lawyer, she is a Sky News Contributor and the former Liberal candidate for Warringah. She currently lives in Sydney where she advocates for the rights of women and children, and is the proud mother to three daughters.
READ MORE
Opinion