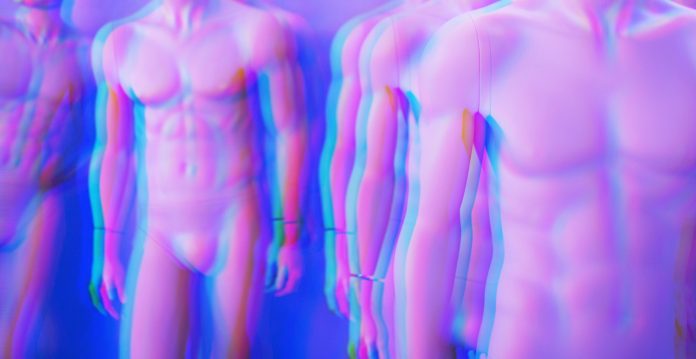 A man who came to international attention after being arrested for performing dozens of fetishistic castrations out of his home in North London can be revealed as a Norwegian activist affiliated with a powerful ‘Queer’ lobby group.

Marius Gustavson, 44, was arrested along with six other men in February. Shortly after his arrest, he told The Independent in an interview that had undergone an amateur orchiectomy himself and carried the operation out on 58 other men. He stated that he had his own genitals surgically removed because he wanted to “look like a Ken doll with nothing down there.”

Gustavson told media that he executed the procedures using a Burdizzo, an instrument for removing the testicles of livestock. He admitted that he kept the amputated appendages in his freezer and preserved them in alcohol in his basement apartment.

Neighbors in the residential area where Gustavson was performing the castrations said they had seen ambulances regularly arriving at the property ⁠— despite Gustavson, who is also an amputee, insisting he conducted surgeries in a “very professional way.”

Despite the international coverage of the disturbing case, media failed to note that Gustavson had been a prominent member of the LGBT activist community.

According to Gustavon’s LinkedIn profile, he was a volunteer and Senior Steward for London’s Pride organization between 2016 to 2019. His first Eunuch Maker site was registered in 2016, and in 2018, he started a film production company called Nullset.

Prior to his relocation to London, Gustavson was Chairman of the Board for the Buskerud chapter of transactivist lobbying group The Norwegian Organization for Sexual and Gender Diversity, now known as FRI. Gustavson was involved in a leadership position at the organization from 2001 through 2007. During this time, FRI went by the name ‘The National Association for Lesbian and Gay Liberation,’ or LLH.

In 2018, The Norwegian Organization for Sexual and Gender Diversity (FRI) successfully lobbied the World Health Organization to officially depathologize fetishism, sadomasochism, and fetishistic transvestitism by removing them from the 11th revision of the International Classifications of Diseases and Related Health Problems (ICD-11).

The initiative by LLH / FRI was called “Revise F65,” in reference to the classification category designated by the WHO’s ICD guidelines. Listed under “F65” in version 10 of the manual were “disorders of sexual preference:” fetishism, transvestic fetishism, sadomasochism, voyeurism, and pedophilia.

The ICD-10 defined paraphilias as “sexual urges, fantasies, or behaviors generally involving themes of suffering, humiliation, sexual activity with non-consenting partners, or an orientation toward non-human objects for sexual arousal.”

Of those listed in the ICD-10, fetishism, transvestic fetishism, and sadomasochism were removed while the remaining paraphilias were reclassified as “paraphilic disorders.” This was done to distinguish between “conditions that are relevant to public health and clinical psychopathology and those that merely reflect private behavior.”

In contrast, during a revision process overseen by academics who supported the depathologization of paraphilias, the term “gender identity disorder” was declassified as such and “reconceptualized as gender incongruence.”

During a 1998 LLH / FRI convention, it was stated that the decision to normalize paraphilias and sadomasochism was based on a Norwegian national survey conducted among their members who advocated “rejecting discrimination of leather, SM and transgender people”.

At a 2004 LLH / FRI convention, the Revise F65 mandate was explicitly expressed in the organization’s political platform. It was during this time that Gustavson served in a leadership position for the activist group. “In addition to national work,” the campaign’s website states, “Revise F65 also have an international mandate to motivate other countries to remove their national versions of the SM/fetish ICD diagnoses.”

A website owned by Gustavson, eunuchmaker.co.uk, sold graphic videos of castrations and amputations. Registered in 2016, it also offered the option of paid monthly memberships for streaming videos of penectomies. Premium subscriptions included the option of a “free castration performed by the EunuchMaker”.

A registration form on the site listed possible “gender identities” based on sadomasochistic criteria. Among them were eunuch, nullo (nullification), and cutter, a euphemism for a person who performs male genital modification surgeries.

Promotions on his primary platform direct visitors to another URL owned by Gustavson, Eunuchmaker.info. Archived versions of the page redirect to yet another online community, the-em.com, which is cited in criminal charges filed October 21, 2020, in the U.S. state of Oklahoma against two men who participated in fetishistic genital surgeries.

Bobby Lee Allen and his partner Thomas Evan Gates were charged with conspiracy to commit an unlicensed surgery, maiming, and failure to bury a dead human member, and assault and battery with a dangerous weapon.

The two men, self-described ‘cannibals’, removed the testicles of a 28-year-old Virginia resident as part of an illegally conducted gender reassignment surgery. Afterwards, according to court records, Allen laughed and told the victim he intended to consume his amputated members.

Allen had claimed to have had 15 years of experience and several other patients lined up for future procedures. The victim further alleged that Allen boasted of leaving a man “open” to die after an operation.

Allen and Gates had lured the man to their cabin by way of Gustavson’s Eunuch Maker’s website and forum.

Several of the Eunuch Maker’s followers are part of the nullification community. The growing “nullo” movement is centered around removing genitalia, and some gender clinics have begun marketing the operation towards those who identify as non-binary.

Members of the nullification cult afterwards may refer to themselves as eunuchs or “smoothies”. The trend is part of a sadomasochistic body modification fetish, and videos of genital surgeries or mutilation have been uploaded online to extreme pornography sites.

Terminology such as “nullo” and “cutter” seen on Gustavson’s Eunuch Maker sites parallels language and content seen on another prominent castration fetish forum that has close ties with the U.S. association the World Professional Association for Transgender Health (WPATH), which recommends protocols for the medical transitioning of adults and children.

An investigation conducted by Reduxx established that WPATH leaders were incorporating advice into their medical guidelines based on surveys conducted among participants of an extreme sadomasochistic fetish forum. Members of the Eunuch Archive wrote and collected thousands of pornographic stories about castration, of which nearly half eroticized the medical castration of children.

In another striking similarity between the Eunuch Archive and the case of the Eunuch Maker, language regarding fetishistic conditions and gender identity were altered in the Diagnostic and Statistic Manual for Mental Disorders fifth edition (DSM-5), issued by the American Psychiatric Association.

Members of the Eunuch Archive had a direct involvement in changing the official diagnostic term “gender identity disorder” to “gender dysphoria,” after which “gender dysphoria in children” was added to the DSM-5 — even as a term for persistent sexual interest in genital mutilation, Skoptic syndrome, was removed.

Additionally, a renowned transgender Norwegian sexologist and physician, Dr. Esben Esther Pirelli Benestad — who has asserted that the category of ‘eunuch’ should be considered a gender identity — has been investigated on multiple occasions for medical malpractice regarding the treatment of minors. One such disciplinary measure was regarding Benestad’s decision to administer puberty-blocking drugs to a young boy.

The Norwegian Organization for Sexual and Gender Diversity (FRI), the transactivist organization that Gustavson was previously involved in while residing in Norway, has recently been associated with litigation against the leader of the Norwegian chapter of an international women’s rights group.

One outspoken member of FRI, Cristine Marie Jentoft, a man who identifies as a lesbian woman, filed hate crime charges in May against Christina Ellingsen for stating that men can neither be lesbians nor mothers. If convicted, Christina Ellingsen of Women’s Declaration International faces up to three years in prison.