UK: Woman Removed from Community Event After Being Deemed ‘Transphobic’ 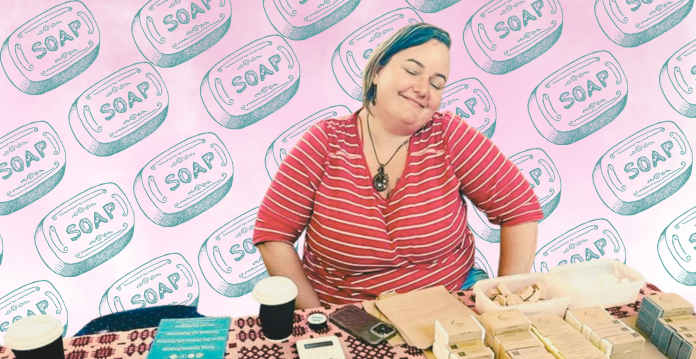 A British woman who found herself expelled from a community event after an organizer deemed her “transphobic” is planning on taking legal action for having been discriminated against on the basis of her gender critical views.

On July 26th, Fiona Ryan took to Twitter to share her shocking exchange with a Committee Member for People in the Park, an annual community event at Salisbury’s Queen Elizabeth Gardens that features local small businesses selling environmentally-friendly products.

Ryan uploaded screenshots of an exchange she had with a People in the Park committee member, who advised her that comments she had made on local social media platform NextDoor “showed strong views against the LGBT community which we don’t feel fits the community theme of our event.”

Speaking to Reduxx, Ryan explains the conversation on NextDoor occurred long before she had applied to pitch a stall at the event. She had been engaging in a debate with a man named Andy, who had become offended after she voiced her opposition to Penny Mordaunt, a contender for the UK Conservative Party’s leadership.

“I felt she was uncomfortably okay with the deconstruction of women’s rights in favor of gender ideology,” Ryan says, “This guy appears and calls me homophobic and transphobic.”

Ryan says she tried to keep the conversation cordial, but that Andy was extremely offended at her perspective on women’s sex-based rights.

“I’ve given up arguing that the sky is blue with these people… So I don’t have the argument anymore. I just say: Look, you have that mindset, and I disagree. I hope you can see how telling people they can change sex, or treating people like they can change sex is harmful. It’s not that I am trying to harm anyone, but I am entirely focused on the rights of women and girls.”

Ryan explains that she tried showing Andy examples of violent males in women’s prisons, but the man doubled-down and continued to call her bigoted.

“I then told him: I will concede that you are not saying these things from a place of harm, and I am simply asking for the same respect.”

But shortly after the conversation ended, Ryan says she found she had been suspended from NextDoor after her account had been reported. At the time, she didn’t think much of it.

After losing her job earlier this year, Ryan launched a soap-making company called Salisbury Soaps, which has an emphasis on making plastic-free, handmade soap products. Speaking to Reduxx, Ryan says she heard about People in the Park about one month ago, and felt her products were a good fit for the event’s theme of sustainability. Ryan says she had no idea the same man she had engaged in a debate with on NextDoor was affiliated with the organization for the event.

Ryan paid a £40 reservation fee, and began to collect supplies in preparation for opening her booth. She paid approximately £250 for moulds and a pre-licensed vegan recipe she thought would be a hit with the customer base.

“I am a disabled mother-of-three… this was quite a lot of money for me,” she explains, but says that she was excited to have the chance to show her plastic-free products to members of her community.

The next day, Ryan received an email from Andy, who was representing the People in the Park committee, formally disallowing her from attending the event as a merchant.

After citing a guideline on “equality,” Andy stated that Ryan’s NextDoor posts showed “strong views against the LGBT community,” and that her pitch was being withdrawn.

“I have been offered, accepted and paid for a stall at this event. My focus on the rights of women, girls and children is not at odds with my opinions on the environment, it is very much in line,” Ryan wrote, “… the only thing I have said on NextDoor, or any other application, is that there are two sides to any debate and that people who insist biological markers define things like sport, law (including prison placements) and society (including girls changing facilities and washrooms) are doing so from a position of care and consideration for women and girls, not out of cruelty.”

Her email went unanswered. Hurt and upset, she took to Twitter and published the exchange, not expecting a tremendous response considering the small size of her Twitter account. But once the post began circulating in the online gender critical community, it began wracking up thousands of ‘likes’ and outraged comments.

Ryan says she was heartened when she saw a flood of placing through orders on her site to show their support for her small business.

“I’d say I lost out on probably £1,000 in sales at People in the Park. But it was the community connections that were more important to me, and those have been taken away,” she says, “I am part of this community, and because I will not concede that men become women, I was excluded.”

Ryan tells Reduxx she is now planning legal action against People in the Park on the basis of violating the 2010 Equality Act and discriminating against her because of her gender critical beliefs, which are a protected characteristic in the United Kingdom. Ryan points to the recent legal victories of Allison Bailey and Maya Forstater as having “paved the way” for women to be able to better advocate for their rights in court.

“I am a disabled woman and I am gender critical. I have had to put up with so much of this stuff for years. I have been treated like a leper simply because I refuse to say that men become women when they say so,” she says, continuing: “I am going to stick my head above the precipice here because I feel like I should for all the women who can’t.”

Moving forward, Ryan jokes that she has a bright future in selling suffragette-colored dinosaur soap to the gender critical feminist community.

“I’ve bought all the moulds, pretty dinosaur moulds. It is going to be a little surprise for the women,” she says, noting that a portion of the proceeds from the sale of the suffragette soaps will go to a local women’s refuge, which she is also planning on donating care packages to.

“Freedom of speech is essential for democracy. You cannot stop people from speaking their mind, even if you don’t like it,” Ryan says, “If we stopped looking at people as whether they are deserving of the right to have an opinion and open the line of communication between people who disagree, I feel like everyone would be more lovely to each other.”